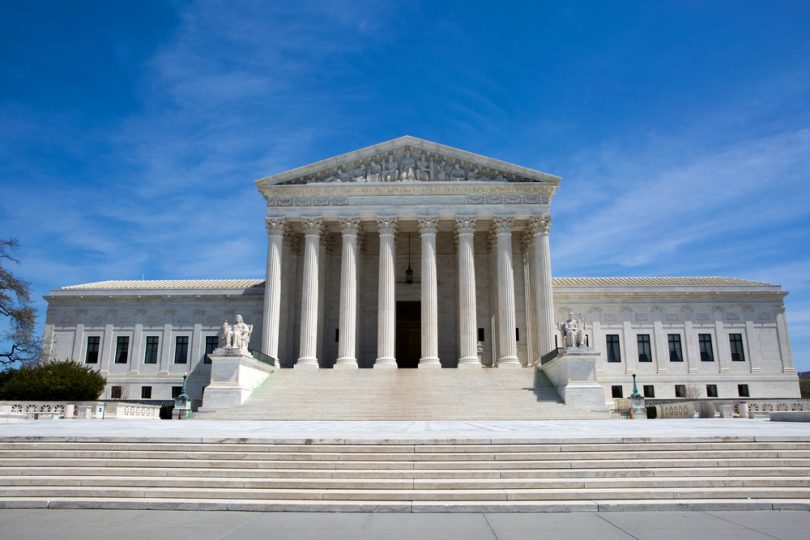 There’s been another devastating setback for the Biden administration on Thursday. But this time, it’s a win for Americans and the U.S. Constitution.

The Supreme Court on Thursday has ruled 6-3 against the president’s unconstitutional order to freeze rents based on the rationale that the U.S. is still in the midst of a coronavirus pandemic.

In a 6-3 ruling, the nation’s highest court removed the stay on the moratorium issued by a federal judge, who had found the Centers for Disease Control and Prevention’s rent eviction moratorium unconstitutional.

“It is indisputable that the public has a strong interest in combating the spread of the COVID–19 Delta variant. But our system does not permit agencies to act unlawfully even in pursuit of desirable ends,” the Supreme Court ruled.

“If a federally imposed eviction moratorium is to continue, Congress must specifically authorize it,” the ruling continued. “The application to vacate stay presented to the Chief Justice and by him referred to the Court is granted.”

Upshot of ruling: it isn't even close. CDC has no authority to issue this rule. pic.twitter.com/6QC70kMK8z

“Upshot of ruling: it isn’t even close. CDC has no authority to issue this rule,” The Economist’s Supreme Court reporter Steven Mazie noted.

The court’s ruling is a victory for a landlord group that has been seeking to block the federal eviction suspension. The cost to property owners was estimated to be around $19 billion a month.

The Alabama Association of Realtors led the plaintiffs against the Centers for Disease Control and Prevention. The legal win has far-reaching implications for the CDC’s illegal claims to authority over U.S. policies that are delegated to the Congress under the U.S. Constitution.

Donald Trump Issues Urgent Message to Americans: ‘This Would Not Be Happening If I Were Your President’