Trump Makes a ‘Significant’ Announcement Ahead of His Sarasota, Florida Rally Tonight

Donald Trump gave an announcement ahead of his big rally in Sarasota, Florida planned for tonight. It pertained to his upcoming rally in Bedminster, New Jersey on July 7th about his plan to protect First Amendment Rights in America. 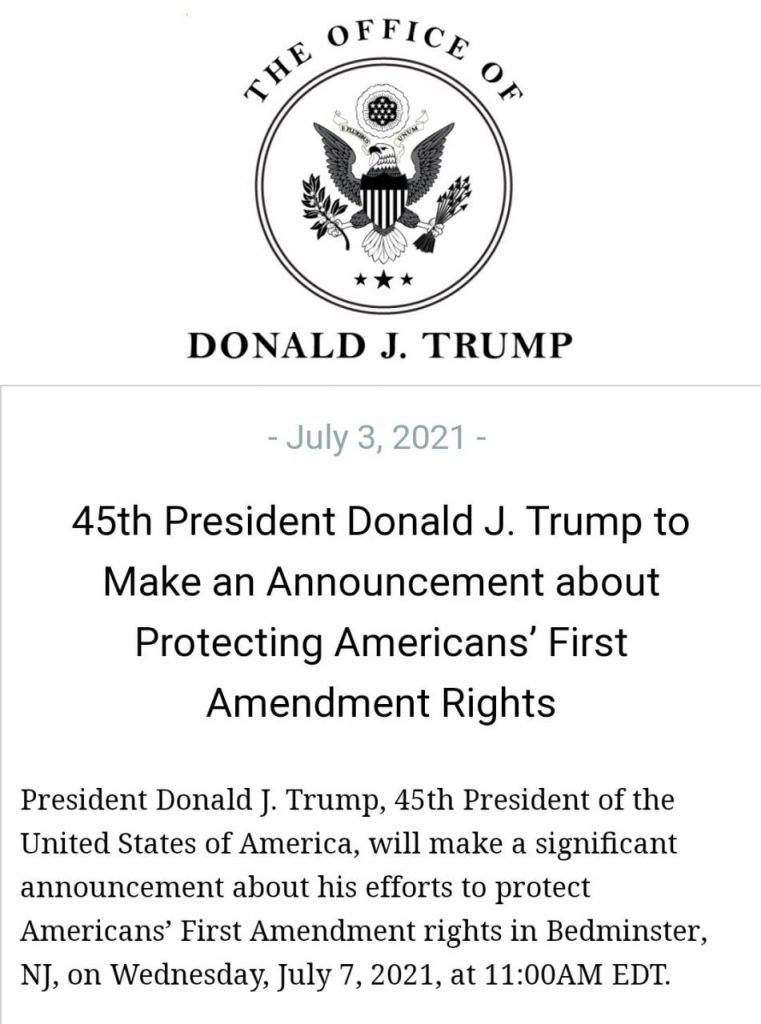 “President Donald J. Trump, 45th President of the United States of America, will make a significant announcement about his efforts to protect Americans’ First Amendment rights in Bedminster, NJ on Wednesday, July 7, 2021, at 11:00 A.M. EDT.

Trump is slated to hold a rally in Sarasota, Florida tonight. It will be broadcast live on Rumble at the Right Side Broadcasting Network.

“Look forward to the big Sarasota, Florida rally tomorrow night at 8PM!” Trump said in a tweemail on Friday.

“Video showed parked vehicles and tents at the Sarasota Fairgrounds with flags boasting messages supporting the 45th president. Dozens of people were present when WFLA 8 On Your Side, a local NBC affiliate, reported Friday on the gathering.”

10+ hours till President Trump’s speech. Scattered thunderstorms throughout the day with a high of 88. Yet the line of attendees in Sarasota continues to grow exponentially. UNBELIEVABLE!@RSBNetwork pic.twitter.com/LmnBquH7IM

“10+ hours till President Trump’s speech. Scattered thunderstorms throughout the day with a high of 88,” Willis wrote. “Yet the line of attendees in Sarasota continues to grow exponentially. UNBELIEVABLE!”

One thing is for certain: Nobody ever lined up for ten hours to see Joe Biden speak, let alone camp out a day in advance. Trump’s 4th of July weekend rally tonight should be a real doozy.

Donald Trump Responds to NY Elections Fiasco: ‘Just Like in the Presidential Election’