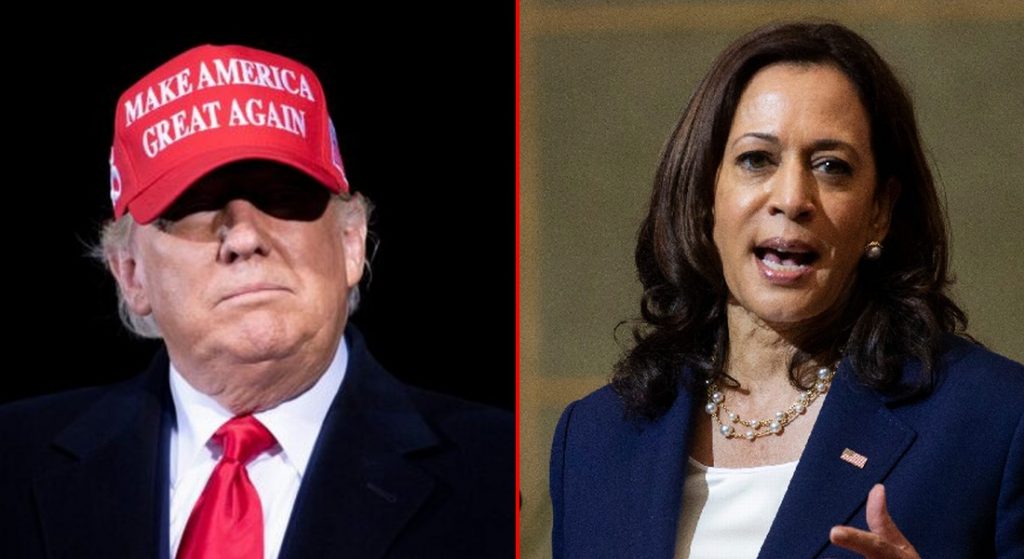 Former President Donald Trump took Vice President Kamala Harris to task over the suspect timing of her recent announcement that she will visit the southern border, after all.

“After months of ignoring the crisis at the Southern Border, it is great that we got Kamala Harris to finally go and see the tremendous destruction and death that they’ve created–a direct result of Biden ending my very tough but fair Border policies,” Trump wrote.

“If Governor Abbott and I weren’t going there next week, she would have never gone!” he added.

On Wednesday, Vice President Kamala Harris announced that she will visit the southern border, after all.

Harris is “heading to the U.S.-Mexico border this week, amid an unrelenting chorus of criticism from Republicans over her failure to visit there,” Politico reported.

“Harris, who was tasked by President Joe Biden to lead diplomatic efforts to stem the flow of migrants arriving on the southern border, will make a stop in El Paso, Texas on Friday, according to sources familiar with the trip,” the report noted. “She is expected to be accompanied by Homeland Security Secretary Alejandro Mayorkas.”

Last week, Donald Trump ripped Kamala Harris for failing in her duty to stem the tide of illegal immigration to the United States over the southern border. He also accepted an invitation to visit the border in person.

“I have accepted the invitation of Texas Governor Greg Abbott to join him on an official visit to our Nation’s decimated Southern Border on Wednesday, June 30, 2021,” Trump said in a statement.

“The Biden Administration inherited from me the strongest, safest, and most secure border in U.S history and in mere weeks they turned it into the single worst border crisis in U.S history,” Trump wrote. “It’s an unmitigated disaster zone.”

“We went from detain-and-remove to catch-and-release,” he continued. “We went from having border security that was the envy of the world to a lawless border that is now pitied around the world. Biden and Harris have handed control of our border over to cartels, criminals, and coyotes. Drug dealers, MS-13 gang members, human smugglers, sex traffickers, and the criminal elements of the world now have free reign.”

“Hospitals and schools are getting crushed and public health is being sacrificed all in service of a radical left anti-borders agenda,” he added. “Our brave border agents and courageous ICE officers have been illegally stopped from doing their jobs. Our Nation is now one giant sanctuary city where even dangerous criminals are being cut loose and set free inside the U.S interior on a daily basis.”

“If this weren’t bad enough, Biden and Harris won’t even tour the scenes of the wreckage they created, or come down and visit with the Border Patrol and ICE heroes risking their lives to defend our Nation at a time when the White House is doing everything it can to make their job totally impossible,” he went on.

“What Biden and Harris have done, and are continuing to do on our border, is a grave and willful dereliction of duty,” Trump concluded. “My visit will hopefully shine a spotlight on these crimes against our Nation—and show the incredible people of ICE and Border Patrol that they have our unshakeable support.”

Harris is expected to go El Paso, which Sen. John Cornyn noted was not in the worst spot of the Border Crisis.

After all that, @VP isn’t even going to the right place. Here’s a map. pic.twitter.com/UpA02XLbEH

This is yet another demonstration that the Biden administration is more worried about optics than actual results.

‘What About the Last Election?’: Trump Unloads After Georgia’s Latest Move to Secure Elections