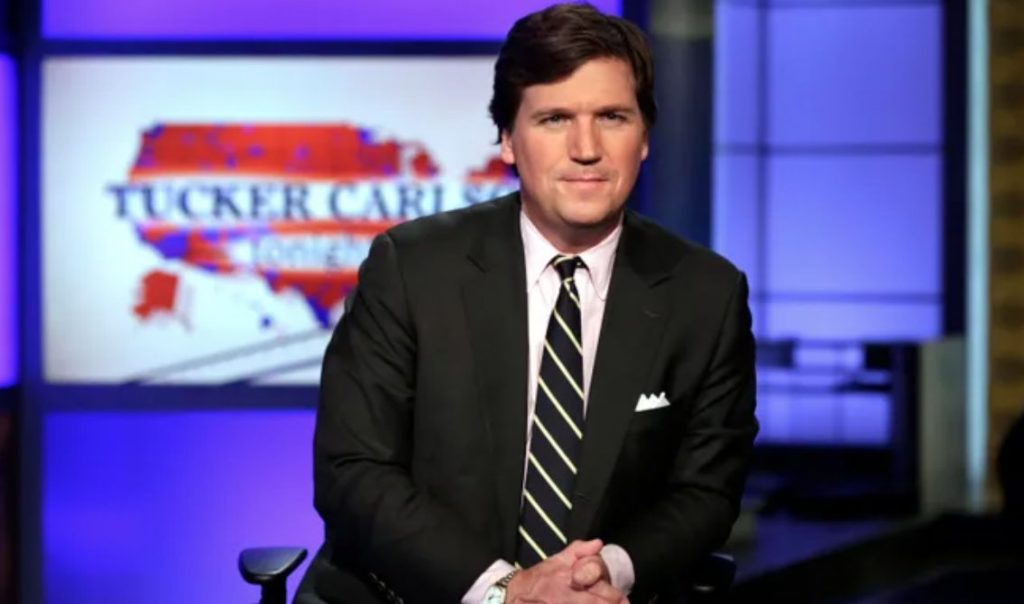 Tucker Carlson is about to reveal new evidence of “voter fraud” in the 2020 election.

The news was reported by the Washington Examiner’s Deputy Editor Daniel Chaitin.

Tucker Carlson will reportedly be doing an Election Fraud “special” on Wednesday. The new evidence would add to the numerous issues with Fulton County’s election in the presidential race.

The most notorious example was a videorecording from State Farm Arena that showed election workers  dragging out boxes of ballots from under a table after election observers were wrongfully sent home early.

The Georgia Star recently published a report showing that Fulton County admitted to missing chain-of-custody records for absentee ballots that were put into “drop boxes.”

The State of Georgia announced in June it would be cleaning up its voter rolls, about six months too late.

“Georgia will pull about 100,000 ‘obsolete and outdated voter files’ after recent voting rights law controversies, according to its secretary of state,” the NY Post reported earlier.

“Making sure Georgia’s voter rolls are up to date is key to ensuring the integrity of our elections,” Secretary of State Brad Raffensperger said in a statement.

Donald Trump questioned the timing of the move.

“Georgia now plans to remove over 100,000 ‘obsolete and outdated’ names off their voter rolls,” Trump said. “Doing this, they say, will ensure voting files are up to date, while at the same time ensuring voter integrity in future elections.”

“But what about the last election?” he wrote. “Why wasn’t this done prior to the November 3rd presidential election, where they had us losing by a very small number of voters, many times less than the 101,789 figure?” he asked. Donald Trump was reported to have lost by fewer than 12,000 votes.

Henry County Superior Court Chief Judge Brian Amero is presiding over a case with implications for a county election audit. The judge is set to allow for the inspection of nearly 150,000 absentee ballots in Fulton County, Georgia. The judge earlier dismissed Fulton County, its elections board, and the court clerk from the lawsuit under ‘sovereign immunity’ — but added individual members of the county’s board of elections as respondents.

“We will not count counterfeit ballots in future elections,” the Fulton County defense conceded before the judge’s ruling.