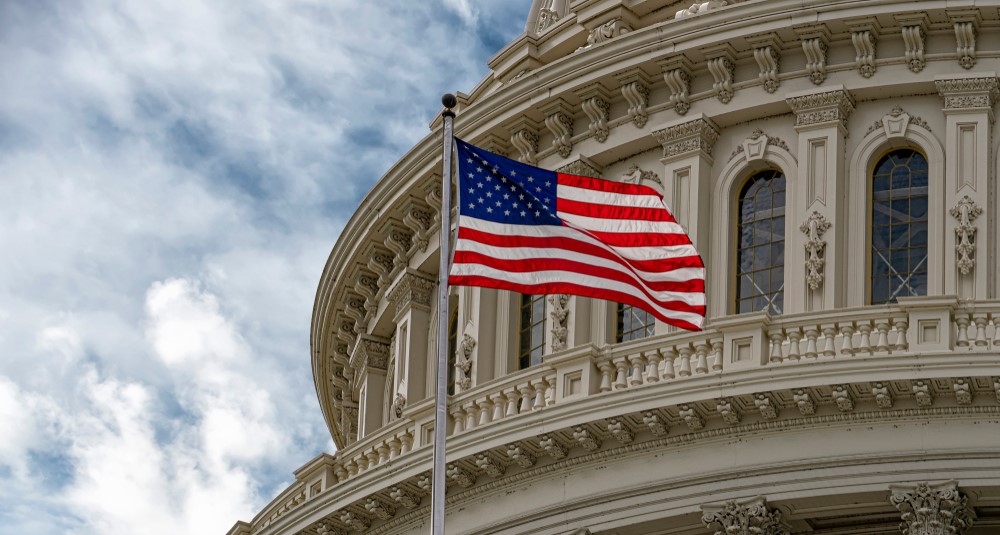 Republican senators united to deal partisan Democrats and the extremist Biden agenda a critical blow on Tuesday night in an evenly split vote. The Senate vote on the S1. “For the People Act” legislation came down to a 50-50 tie; but the U.S. Senate requires non-budgetary items to receive 60 votes to invoke tie-breaker procedures.

The federal takeover of U.S. elections has been falsely advertised by the radical Democrat media as so-called “voting rights legislation,” although no actual “voting rights” would be denied to eligible American adult citizens under various state election bills.

“Senate Republicans on Tuesday blocked the most ambitious voting rights legislation to come before Congress in a generation, using the filibuster to deal a blow to a bid by President Biden and Democrats to counter a wave of state-level ballot restrictions and fueling a political battle that promises to shape the 2022 elections,” the New York Times misleadingly reported.

“All 50 senators in the Democratic caucus voted to advance the measure, known as the For the People Act, but with every Republican opposed, it fell well short of the 60 votes needed to break a filibuster,” the Times continued. “Vice President Kamala Harris, who has taken a leading role in rallying support for the measure, presided as the legislation hit a roadblock.”

The left-wing media has been egregiously lying to their readers about various states’ election integrity legislation, particularly by using flimsy and specious comparisons to “Jim Crow” laws. On Tuesday night, the Times once again published the lie that voting integrity measures that are common in nations around the world are racially targeting black voters.

“The Democrats’ voting rights bill would usher in the largest federally mandated expansion of voting rights since the 1960s, ban partisan gerrymandering of congressional districts, force super PACs to disclose their big donors and create a new public campaign financing system,” the Times claimed. “It would also effectively blunt laws adopted in 14 Republican-led states so far making it harder for people of color and young people to vote, or shifting power over elections to Republican legislatures.”

Election integrity was destined to become a political battleground after the controversial 2020 elections. President Biden has called any attempt to implement voter IDs an “atrocity” and “un-American.” However, the latest research shows that voter IDs do not impede registration or voting in any way whatsoever; an estimated 95%-96% of all African-Americans already possess a suitable form of ID or can be provided IDs for free by various states.

Sen. Lindsey Graham earlier called the Democrats’ election takeover bill “the biggest power grab in the history of the country.”

“In my view, S.R. 1 is the biggest power grab in the history of the country,” Graham said on Fox News Sunday. “It mandates ballot harvesting, no voter ID. It does away with the states being able to redistrict when you have population shifts. It’s just a bad idea, and it’s a problem that most Republicans are not going to sign — they’re trying to fix a problem most Republicans have a different view of.”

“Well, one, I like Joe Manchin a lot, but we had the largest turnout in the history the United States, and states are in charge of voting in America, so I don’t like the idea of taking the power to redistrict away from the state legislators,” Graham said.

On Monday, the Washington Post published a truly remarkable piece suggesting that the radical Democrats’ vehement opposition to voter IDs was merely partisan hyperbole and it was actually okay, after all.

“But regardless of what happens with the bill, Manchin’s proposal has moved the needle in one significant way: signaling a softening by key Democrats on voter ID,” the Post stated.

“Among the carrots for Republicans in Manchin’s proposal is a voter ID provision,” the Post pointed out. “Republicans pushed voter ID hard at the state level in recent years. But rather than merely describe Manchin’s voter ID proposal as a concession, some key Democrats have suggested they don’t really object to it — or the broader concept — at all.”

Do you get that America? Voter IDs can be supported by Americans who aren’t “white supremacists” who want to “silence black voices,” because they are simply reasonable election integrity tools. There is not a single reason in the world for voters to trust Democrats on this issue, nor any other issue, for that matter.

‘What About the Last Election?’: Trump Unloads After Georgia’s Latest Move to Secure Elections