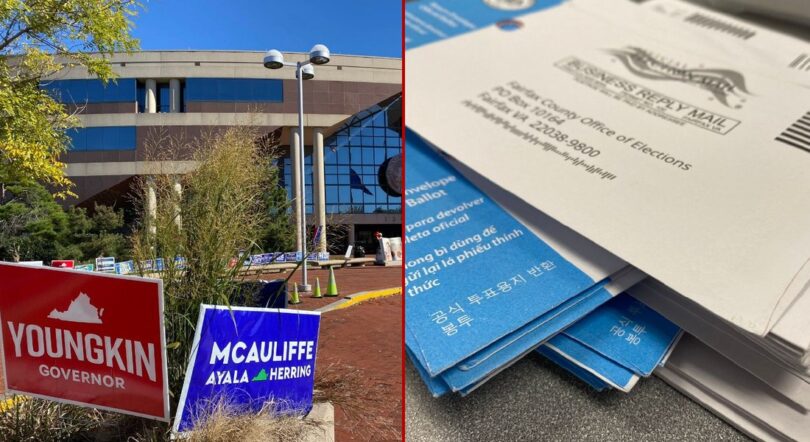 NEW INFO: @TerryMcAuliffe’s campaign says a portion of the early votes in Fairfax County need to be rescanned and there is no set timeline for that yet. His staff says that could delay the results.

“NEW INFO: Terry McAuliffe’s campaign says a portion of the early votes in Fairfax County need to be rescanned and there is no set timeline for that yet,” DeFusco noted in an update. “His staff says that could delay the results.”

The re-scanning of ballots suggests that the expected shenanigans may be afoot. However, a new law in Virginia provides a partial explanation, although it does not explain the ‘delays.’

“Pre-processing essentially means checking in each ballot, then running them through a scanner that reads the ballots so that they’re ready to be counted as soon as the polls close on Election Day,” the report added.

Pre-processing the ballots is a multi-step system that involves checking & verifying them, then they’re put through a high-speed scanner that reads the ballots so they’re ready to be tabulated when the polls close on Election night. pic.twitter.com/nELNCdfwir

“The absentee ballots, as they come in are verified and checked in, and then they’re opened, and the ballots are removed and unfolded. And then they’re run through the scanners,” said Scott Konopasek, Fairfax County’s General Registrar and Director of Elections. “It has to start early in order for us to be able to accommodate the volume of ballots we expect to have.”

Fairfax County is Virginia’s most populous county. An estimated 165,000 Fairfax County residents voted early, either by in-person or by mail. This is about 22 percent voter turnout just from early voting. This early voter turnout tallies are expected to be announced earlier than the full Election Day totals later in the evening.

“Important to note — there are authorized poll watchers from both parties in the room, observing as this pre-processing of ballots takes place,” ABC reporter Heather Graf noted on Twitter.

It is unclear what Fairfax County election officials meant that they will be announcing the vote totals ‘later tonight.’ However, if the operation runs into the early morning hours or overnight, we may have another 2020 election nightmare on our hands once again.