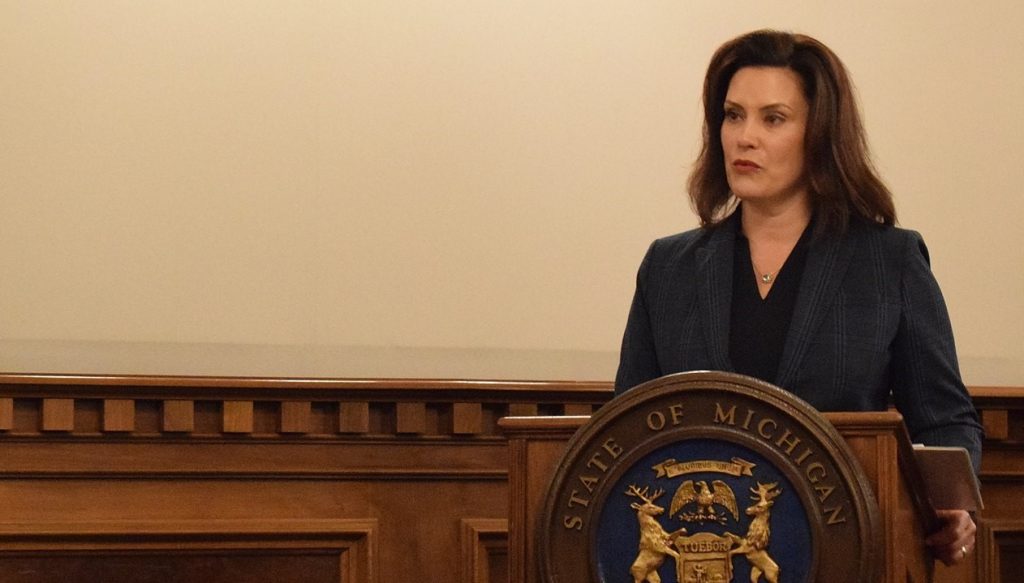 Michigan Governor Gretchen Whitmer could face criminal charges for her potentially negligent mishandling of COVID-19 patients who were sent back into the state’s nursing homes, a prosecutor revealed.

Peter Lucido, a Macomb County prosecutor, told a WXYZ.com on Monday that Gov. Gretchen Whitmer could “possibly face charges for her early handling of nursing homes and other long-term care facilities during the coronavirus pandemic,” Fox News reported.

The Michigan prosecutor is looking into “willful neglect of office” and “reckless endangerment of a person’s life” in his limited investigation to determine if criminal charges could be brought. HIPAA regulations limit the prosecutor from doing a full investigation at this stage of his probe.

Whitmer’s office responded to the allegations with blanket denials.

The Michigan governor’s office called them “shameful political attacks based in neither fact or reality.” She claimed that staff members in Lucido’s office “have not seen any evidence or testimony that says that a nursing home was forced to take someone against their will.”

“The administration’s policies carefully tracked CDC guidance on nursing homes, and we prioritized testing of nursing home residents and staff to save lives,” Whitmer’s statement continued. “Early in the pandemic, the state acted swiftly to create a network of regional hubs with isolation units and adequate PPE to prevent the spread of COVID-19 within a facility. In addition, we have offered 100 percent of nursing home resident priority access to the vaccine. Both the former head of AARP, as well as an independent U-M study, praised our work to save lives in nursing homes.”

In August, the Department of Justice had issued a request to four states that had issued orders that senior residents be returned to nursing homes, Michigan being among them:

The Justice Department requested COVID-19 data from the governors of states that issued orders which may have resulted in the deaths of thousands of elderly nursing home residents. New York, New Jersey, Pennsylvania, and Michigan required nursing homes to admit COVID-19 patients to their vulnerable populations, often without adequate testing.

Republican state legislators in Michigan earlier this year called for an investigation into Whitmer’s handling of nursing homes.

“Gov. Whitmer’s regional hub policy placed patients with and without COVID-19 in the same facilities and may have exacerbated the death toll in those facilities,” the statement read.

About a third of Michigan’s COVID-19 related deaths are attributed to patients in nursing homes. The state has ranked near the bottom of the country in protecting senior citizens in long-term care facilities from contracting the virus.