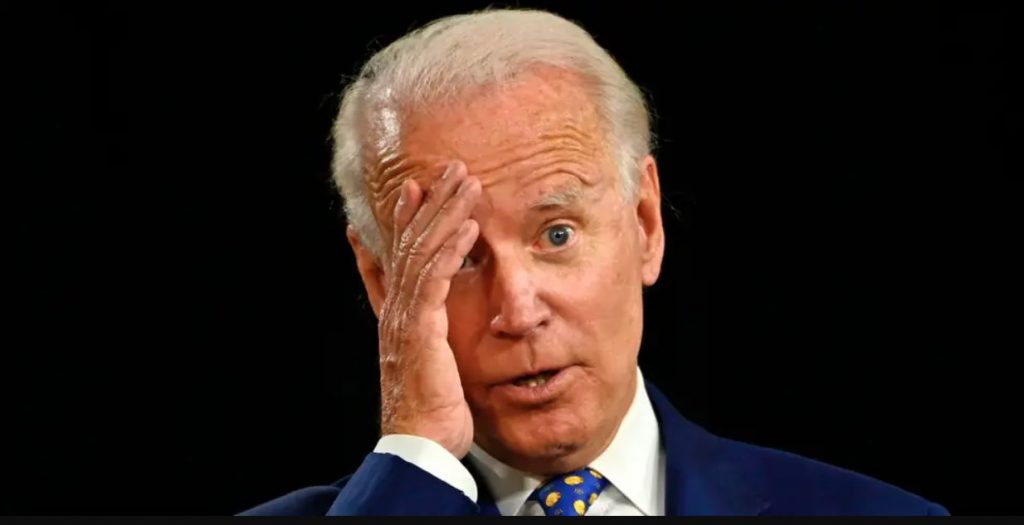 British ministers are now saying out loud what millions of Americans have come to believe behind closed doors: President Biden has gone “completely mad.”

The Sunday Times reported on the development at Whitehall, a euphemism for the bureaucratic wing of the British government. Afghanistan descended into chaos shortly after the abrupt, unilateral decision of President Biden to withdraw military troops ahead of coordination with the U.S.’s NATO allies and the evacuation of diplomats, civil servants, and diplomats.

Earlier in the week, the Daily Mail reported that Great Britain had to deploy 300 special forces troops and other personnel to Afghanistan in order to rescue 6,000 British nationals and Afghan allies that were left in harm’s way after Biden’s decision. That the U.S. president overruled his generals’ warnings and failed to even leave behind sufficient troops to secure U.S. citizens and military equipment has America’s British allies openly questioning the president’s sanity.

“In London ministers and their advisers watched with incredulity,” the Sunday Times reported. “One minister said the president ‘looked gaga’. An aide described the press conference as ‘completely mad’ and the president as ‘doolally’. Such thoughts are normally never whispered in Whitehall, let alone briefed.”

“Biden did not expect it to play out like this,” the Times continued. “Shortly after lunch on Friday, August 13, the day after the Taliban had taken control of Kandahar, Afghanistan’s second city, US embassy staff in Kabul began destroying sensitive documents. Biden, meanwhile, departed for his holiday.”

“Behind the scenes national security officials were beginning to panic,” the Times added. “Predictions about how long the Afghan army would hold out had been rapidly downgraded. One official told the website Politico: ‘We thought we had months ahead of us to draw down the embassy and do processing and relocation’.”

Meanwhile, top British officials are infuriated by the Biden administration’s military withdrawal, which ‘pulled the rug out’ from underneath the feet of U.S. allies.

“Senior government officials in London have said that, in a meeting of the Cobra emergency committee last Sunday, Boris Johnson was ‘extremely frustrated’ by the turn of events,” the Times said.

“This frustration grew more acute when the prime minister requested a conversation with Biden on Monday morning and the president did not return his call until 10pm on Tuesday,” the report noted.

“The prime minister stressed the importance of not losing the gains made in Afghanistan over the last 20 years,” his representative said.

“How is it possible that you don’t speak to your allies while this is happening?” said a former US official. “I have never seen anything like this.”

Earlier in the week, British members of parliament held President Biden in contempt over his “shameful” withdrawal of U.S. troops.

British MP Tom Tugendhat, a UK Conservative Party politician and Afghanistan War veteran, decried President Biden for calling “into question the courage of men I fought with” in a passionate speech delivered on Wednesday.

“Like many veterans, this last week has been one that has seen me struggle through anger and grief and rage,” Tugendhat said. “The feeling of abandonment of not just a country, but the sacrifice that my friends made.”

“I watched good men go into the earth, taking with them a part of me and a part of all of us,” he continued. “And this week has torn open some of those wounds. Left them raw. And left us all hurting.”

“And I know it’s not just soldiers,” he went on. “I know aid workers and diplomats that feel the same. I know journalists who have been the witnesses to the heroic effort to save people from the most horrific fates.”

“This isn’t just about us,” Tugendhat continued. “The mission in Afghanistan wasn’t just a British mission, it was a NATO mission.”

“And so it is now with great sadness that I criticize one of them,” he went on, referring to one of Britain’s partners in the Afghan war effort. “Because I was never prouder than I was decorated by the 82nd Airborne after the capture of Musa Qala. It was a huge privilege. A huge privilege to be recognized by such an extraordinary unit in combat.”

“To see their Commander-in-Chief call into question the men that I fought with, to claim that they ran,” he said, “Shameful.”

The British parliament held President Biden in contempt for his disastrous Afghanistan withdrawal on Wednesday, despite his lie at a press conference on Friday that no NATO ally has questioned his ‘credibility.’

“Joe Biden’s handling of the Afghanistan withdrawal was condemned as ‘catastrophic’ and ‘shameful’ on Wednesday as the Houses of Parliament delivered an unprecedented rebuke to a US president,” the Telegraph reported.

“MPs and peers from across the political spectrum, including Boris Johnson, put some blame for the Taliban’s takeover and the chaos that followed on Britain’s closest ally,” the report continued.

“Mr. Biden was accused of ‘throwing us and everybody else to the fire’ by pulling out US troops, and was called ‘dishonourable’ for criticising Afghan forces for not having the will to fight,” the report added.

Furthermore, the calamitous effects of Biden’s humiliation of the United States on the world stage were countenanced by British defense officials.

“Former defence chiefs who led British troops in the Middle East were among those to speak out, while there were warnings that the West’s withdrawal would embolden Russia and China,” the report said.

“The interventions mark a deterioration in UK-US relations almost exactly 20 years after Britain joined America in invading Afghanistan to root out terrorism after the September 11 attacks,” the Telegraph added.

As President Biden entered office, he promised to return respect for America on the world stage. Instead, Biden’s incredibly poor judgment and foresight has alienated close allies, humiliated the United States on the world stage, and risked the lives of thousands of Americans.

The fall of Afghanistan will not only go down as one of the worst foreign policy debacles in U.S. history, it will lead to a more dangerous world for ourselves and our posterity.