‘Can We Take Our Clothes Off?’ Global Leaders Yuck It Up at G-7 as World Heads Towards Economic Catastrophe

President Joe Biden, British PM Boris Johnson, Canadian PM Justin Trudeau, French Premier Emmanuel Macron, and others yucked it up at a G-7 round table in Germany on Sunday.

“Jackets on? Jackets off?” Johnson said. “Can we take our clothes off?”

Biden sat back in his chair and guffawaed at the crosstalk.

“We all have to show that we’re tougher than Putin,” Johnson commented.

“We’ve got to show them our pecs,” Johnson joked.

Rick Santelli explained that Europe’s and the U.S.’s embargo of Russian gas led in part to the ‘unmooring’ of global markets and the rumblings of a worldwide recession. Biden’s reckless fiscal policies have further pushed the world towards a slowdown.

“The market is unmoored for a a very good reason, because the policy was unmoored, and the Fed was the enabler,” Santelli said. “You can’t spend too much money, you can’t print too much money, unless, of course, the Fed condones some of the big spending policies of the administration.”

Meanwhile, amid all of the economic turmoil, global elites were being given red carpet treatment, as photographers and reporters strapped masks to their faces and wore blue plastic booties to keep their possibly contaminated feet off the rug. 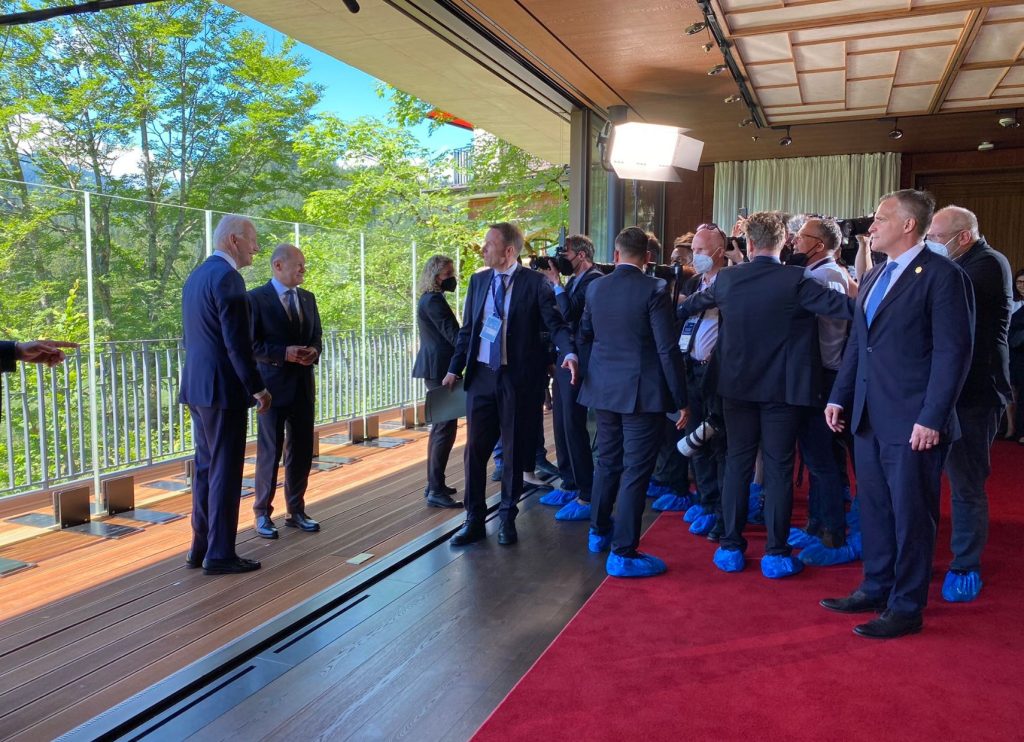 The blue booties were nearly ubiquitous among the ‘second-class’ press corps, but the global elites strode comfortably around the room. 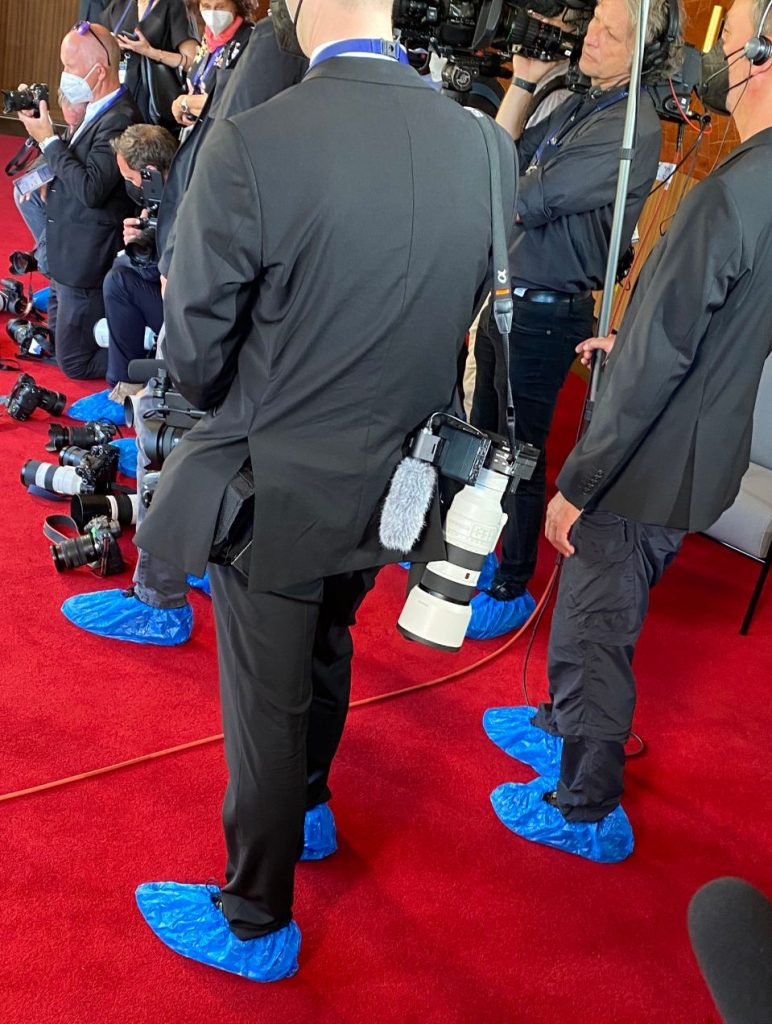 Earlier as bugs flitted about his face, Biden earlier announced another $200 billion in new spending on global “infrastructure” projects.

“For all of our people, not just the G-7, all of our people today, we officially launched the partnership for Global Infrastructure and Investment,” he said. “We collectively have dozens of projects already underway around the globe, and I’m proud to announce the United States will mobilize $200 billion in public and private capital over the next five years for that partnership.”

Biden also announced plans to build a massive vaccine plant in Senegal that can manufacture ‘hundreds of millions’ of vaccine doses for Covid-19 and other diseases.

While at G7, Biden Announces Plan for Massive Vaccine Plant: ‘Hundreds of Millions of Doses Annually’ for Covid-19