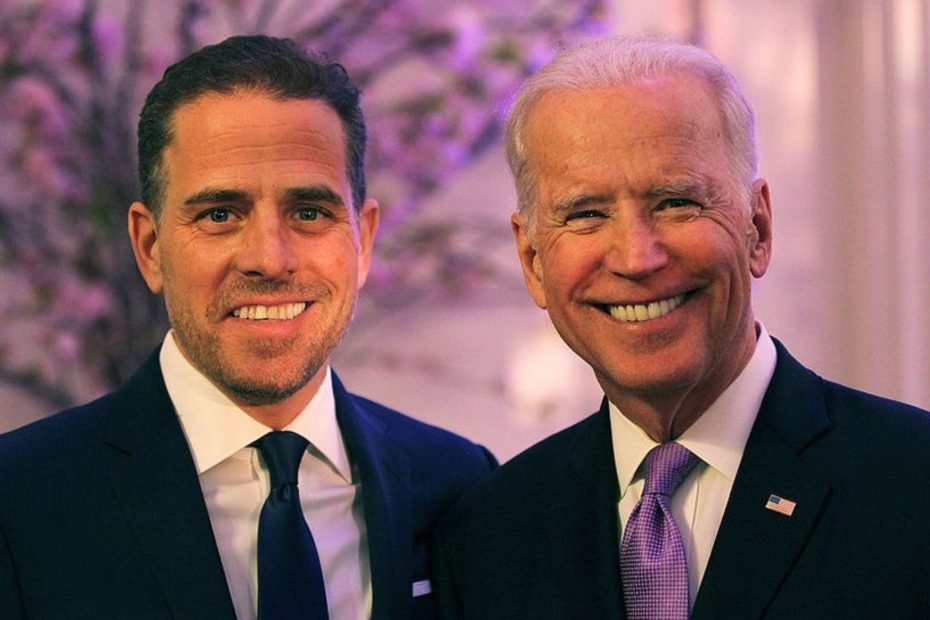 Nearly two years after being sworn into office, Joe Biden’s honeymoon in the mainstream media has finally come to an end.

On Monday, CBS News finally got around to verifying the Hunter Biden laptop. It points to a voicemail file of Joe Biden talking to his son Hunter that convinced an independent investigator that the laptop was authentic. Watch:

“As Republicans take control of the House Hunter Biden, the president’s son will be a target for investigations, and that means data from a laptop reported to belong to Biden could be crucial to the investigatory process,” Tony Dokoupil reported. “CBS News has obtained its data, not through a third party or political operative, but directly from the source who told us they provided it to the FBI under subpoena. And we commissioned an independent forensic review to determine its authenticity.”

“These House Republican investigations are coming and that could be a challenge for the White House as we head into 2023 and 2024,” Catherine Herridge added. “The laptop data we had analyzed showed no evidence it was faked or tampered with.”

Herridge then discussed the laptop with  Digital Forensic Investigator Mark Lanterman, who was previously a member of a Secret Service electronic Crimes Task Force.

“There was one thing that got my attention and that was a voicemail,” Lanterman said. CBS News then played the audio.

“It’s dad. I called to tell you I love you. I love you more than whole world, pal. You got to get some help,” Joe Biden says in the clip.

CBS News’ report notes that House Republicans will press the case that Hunter Biden was working with Chinese nationals, and in particular, a May 2017 email that outlined a proposed business arrangement with a Chinese energy firm as evidence that now-President Biden benefited from his son’s deals.

“We’re prepared to subpoena Hunter Biden,” said Rep. Comer, who is poised to Chair the House Oversight and Reform Committed. “We would certainly hope that he would want to come before the committee and clear his name.”

“Two of Hunter Biden’s former business partners including Tony Bobulinski, who received the email told CBS News that 10 held by H for the big guy is shorthand for 10 percent held by Hunter for his father,” Herridge added. “After the email became public in 2020, the author of the email told ‘The Wall Street Journal,’ Joe Biden was not involved. The author has not responded to CBS News’s questions. Mr. Biden has consistently denied knowledge of his son’s work or financially benefiting from it.”

“Last month Senator Chuck Grassley wrote this letter alleging bank records and financial data showed that Hunter Biden and the president’s brother profited from a $5 million wire from a company connected to CEFC, the Chinese energy firm,” she noted.

Readers might recall that the laptop was already verified by the New York Post, and independently verified by other outlets, such as the National Pulse and Breitbart News, but CBS felt it was necessary to add their diminishing credibility to the story after the midterm elections.

It is nearly indisputable that CBS News sat on the story for political reasons prior to the 2020 election and throughout the Biden administration. The timing of CBS’ report suggests that mainstream media can no longer deny the laptop’s revelations about Joe Biden and his son Hunter Biden and are looking to get out in front of the House GOP’s hearings.

Joe Biden will increasingly become a liability to the Democratic Party and the midterm elections have rendered him a useless ‘lame duck’ president. Expect more reports like CBS News’ in the coming weeks. Viewers who have not been paying attention to independent and conservative media outlets are sure to be shocked.