Chief Justice John Roberts has notably avoided the judicial spotlight since he was nominated and confirmed under former President George W. Bush in 2005.

Justice Roberts has seemingly gone out of his way to avoid making decisions with sweeping political ramifications.

This was perhaps no more prominently on display than when SCOTUS dismissed a Texas-led lawsuit challenging the unconstitutional election changes in a handful of swing states that Biden won.

It has now been reported by Senate sources that Justice Roberts will recuse himself in the Senate impeachment trial of former president Donald Trump. The reason is fairly simple: The Constitution does not lay out how to impeach a private citizen.

There has been a replacement reportedly selected, and it is not current Vice President and President of the Senate Kamala Harris. It is the highest-ranking and longest-tenured Senator Pat Leahy (D-VT), who is the Senate pro tempore.

“Sen. Leahy is expected to preside at trial,” a Senate source told the Washington Examiner. “Senators preside when the impeached is not the president of the United States.”

There are constitutional scholars who believe that Chief Justice Roberts should preside over the impeachment trial in the Senate, regardless.

“He was president when he committed these offenses. He was president when he was impeached,” said Harvard law professor Lawrence Tribe. “The whole point of having the chief justice preside in these extremely important presidential cases is because those are the ones that most require the legitimacy, the impartiality, the neutrality and non-partisan character of an independent judge.” 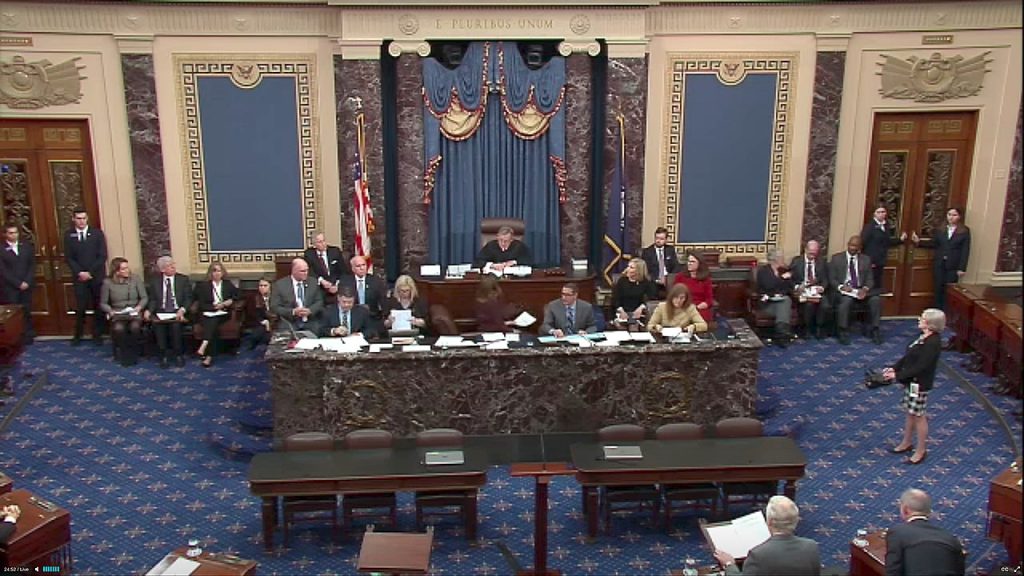 Yet, there are others who question the constitutionality of impeachment at all due to Justice Roberts’ recusal.

“If Chief Justice Roberts can’t be bothered to come over for the so-called impeachment, makes you wonder if this exercise is constitutional at all,” Senator Rand Paul tweeted.

No former president has ever been put on trial for impeachment. The Democrats submitted and approved a single Article of Impeachment after two hours of debate, “Incitement of Insurrection.” The Senate trial is expected to begin the week of February 8th.