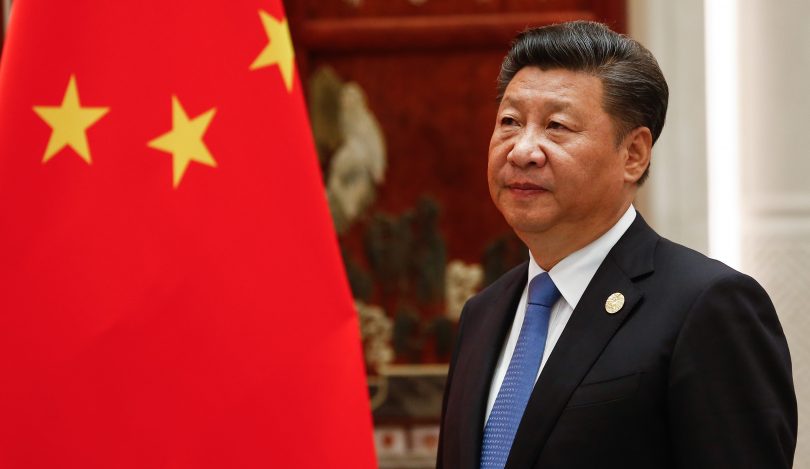 The deadly COVID-19 pandemic that was unleashed on the world over a year ago began amidist an intentional shroud of mystery created by the Communist Chinese Party. The virus would go on to infect over a 100 million people worldwide and killed over two-and-a-half million.

Newly released documents obtained by the Epoch Times further corroborate the track record from China that it kept data from the world that would have been vital to preventing and limiting the damage the COVID-19 pandemic would cause.

“Internal documents that were leaked to The Epoch Times show that the Chinese communist regime has a large amount of data on influenza and other diseases that have symptoms similar to COVID-19, but did not disclose it to the outside world,” the Epoch Times disclosed.

The Chinese-language internal party documents relate to influenza-like illnesses that show symptoms similar to those patients infected with COVID-19.

“The Epoch Times recently obtained a number of internal documents issued by the Chinese regime’s center for disease control and health departments in 2019 and 2020 that had not been disclosed to the public,” reports the publication, which is often noted for its opposition to Chinese policies. “It is unclear if this information was provided to the WHO. The Epoch Times has reached out to the WHO for comment.”

“The documents recorded sharp increases in influenza cases and clustered fever outbreaks of an unidentified pathogen, as well as a large cache of influenza monitoring data collected by the regime,” it noted.

“According to the report, the CCP only provided influenza surveillance data from before Dec. 2019 from one children’s hospital and one general hospital,” the new Epoch Times reporte notes. “The report cites WHO experts saying that one of the reasons for the regime refusing to provide COVID-19 origin tracing data is its lack of early influenza data.”

As reported earlier on Becker News, a WHO-led “fact-finding” mission recently closed the door on the group’s further investigation of the Wuhan laboratory that some believe may have played a role in the pandemic’s origins.

In February, the Wall Street Journal nonetheless reported about the Chinese Communist Party (CCP) failing to provide transparency to the WHO on pandemic data.

“Chinese authorities refused to provide World Health Organization investigators with raw, personalized data on early Covid-19 cases that could help them determine how and when the coronavirus first began to spread in China, according to WHO investigators who described heated exchanges over the lack of detail,” the Journal reported.

“The Chinese authorities turned down requests to provide such data on 174 cases of Covid-19 that they have identified from the early phase of the outbreak in the Chinese city of Wuhan in December 2019,” it continued. “The investigators are part of a WHO team that this week completed a monthlong mission in China aimed at determining the origins of the pandemic.

The latest fact-finding mission only confirms China’s track record of hiding data that could be used to hold the nation accountable for its catastrophic lack of transparency. In December, the Associated Press reported that the Chinese government is clamping down to prevent any incriminating data from escaping.

“The government is handing out hundreds of thousands of dollars in grants to scientists researching the virus’ origins in southern China and affiliated with the military,” the AP reported. “But it is monitoring their findings and mandating that the publication of any data or research must be approved by a new task force managed by China’s cabinet, under direct orders from President Xi Jinping, according to internal documents obtained by the AP. A rare leak from within the government, the dozens of pages of unpublished documents confirm what many have long suspected: The clampdown comes from the top.”

In June, it was found that China had delayed releasing coronavirus data, for days if not weeks, costing the world precious times and hundreds and thousands of lives. And the WHO was useless getting China to be more forthcoming.

“Throughout January, the World Health Organization publicly praised China for what it called a speedy response to the new coronavirus,” the AP reported. “It repeatedly thanked the Chinese government for sharing the genetic map of the virus “’immediately,’ and said its work and commitment to transparency were ‘very impressive, and beyond words.'”

“But behind the scenes, it was a much different story, one of significant delays by China and considerable frustration among WHO officials over not getting the information they needed to fight the spread of the deadly virus,” the AP said. In other words: The WHO lied, people died.

It wasn’t the only time the WHO would make what appears now to have been a deceptive announcement.

Preliminary investigations conducted by the Chinese authorities have found no clear evidence of human-to-human transmission of the novel #coronavirus (2019-nCoV) identified in #Wuhan, #China🇨🇳. pic.twitter.com/Fnl5P877VG

“Internal documents now prove that Chinese officials knew they were facing a coronavirus pandemic — something they’d never seen before — but they hid that information from the world and they arrested those who tried to report it,” Carlson said. “More critically, millions of people continued to travel through the city of Wuhan in central China, the epicenter of the pandemic.”

“Then more than a million Chinese citizens flew to the United States,” he continued. “It wasn’t until Jan. 20 that Chinese President Xi Jinping finally admitted the virus could be contagious. At best, that’s criminal negligence. At worst, it’s something like mass murder.”

Judging by the U.S. having rejoined the WHO, and the new president’s weak stance on China, it appears the Biden administration is perfectly fine doing business with a country that did nothing to stop a pandemic from spreading all over the globe.