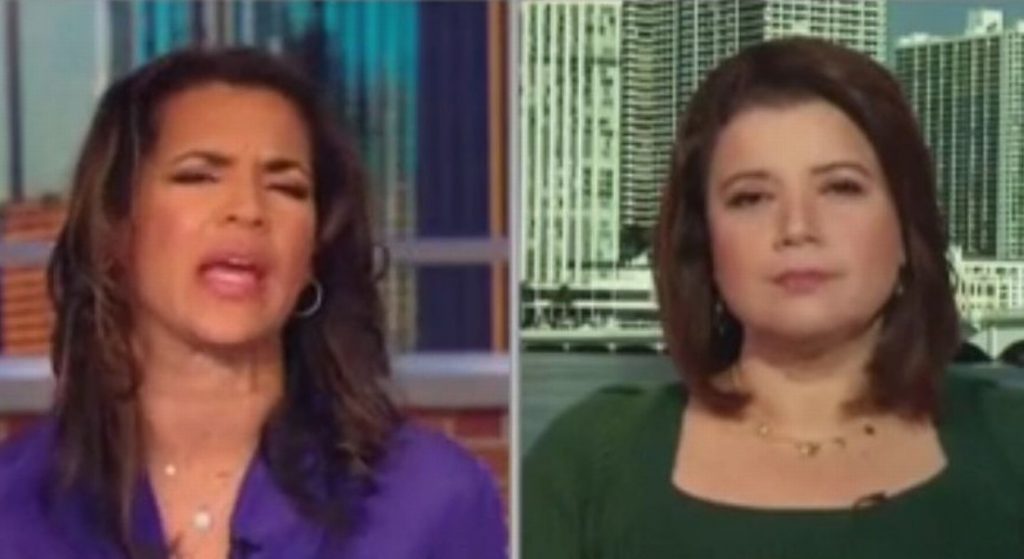 The mainstream media cannot stop talking about Donald Trump. The lies and smears about the former president and now-private citizen are beyond the pale at this point.

“So Ana what is McCarthy doing? He’s supposed to meet with her this week, you know we saw on Ryan Nobles’ piece that he has a leadership meeting this week and we also understand he had a scheduled, you know, meeting with the conference, the leadership conference this week, but then one of those meetings is being cancelled. I mean, who is, I guess, giving him the directives, or is he leading the way?” the CNN host asked.

“When he’s saying he’s going to have a conversation with her, a conversation is what you have with your 3-year-old kid who scribbled with crayon on your white wall,” she continued. “It’s not the type of thing that you do with a congressperson who we have seen do the type of things that Marjorie Taylor Greene has done. I think one of the things that we’re all waiting for, and if there — if, if, I don’t know if this is going to happen, if there is more evidence tying her to what happened on January 6th, I think people may change their mind on the expulsion issue.”

This is where Navarro goes off the rails beyond the typical partisan rhetoric.

This is yet another claim of attempted murder from people who believe that there is no boundary to the invective they can use against political enemies.

A quick check of the transcript from Trump’s speech shows that there is no such threat against Mike Pence to have him “literally, literally” killed.  Furthermore, it is now extremely doubtful that anything Republicans did on January 6th had anything to do with the pre-planned rioting and breach of the Capitol building. Lastly, Democrats continue to dine out on patently aburd, dangerous claims that Republicans wanted to have Democrats, and now, Mike Pence, killed.

This is beyond Trump Derangement Syndrome at this point. This kind of unhinged rhetoric is more reckless and dangerous than anything Donald Trump himself has said.