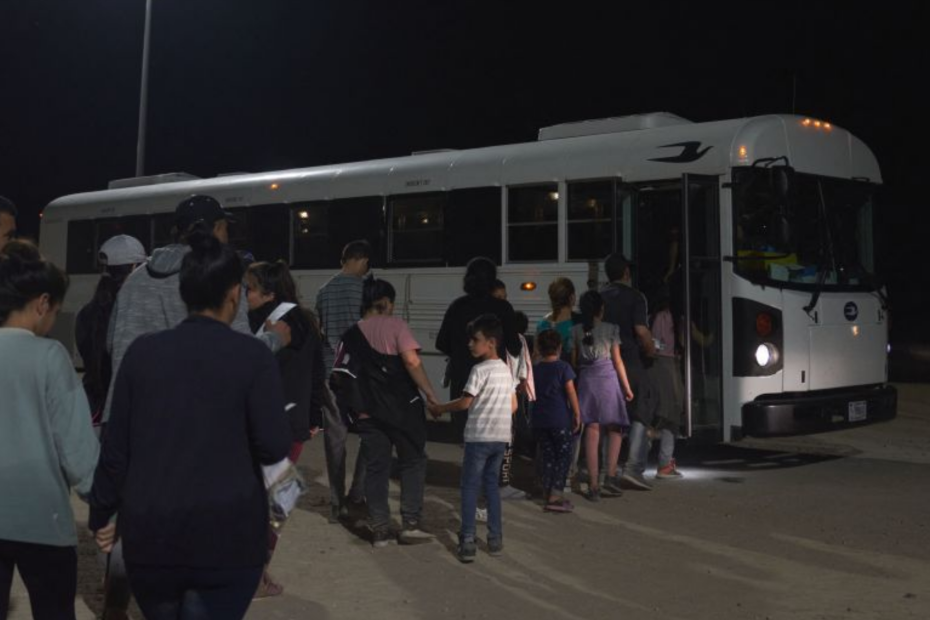 Florida Gov. Ron DeSantis on Wednesday sent an estimated 50 migrants to Martha’s Vineyard on two planes on Wednesday. The hysterical fallout in the liberal media is aleady palpable.

On Thursday morning, CNN host John Berman had on documentarian Ken Burns to discuss his film “Defying the Nazis: The Sharps’ War” and asked him about how DeSantis’ publicity campaign is comparable to the Nazi holocaust.

“This is history,” Berman said. “All of your documentaries are about history. But all of them also make you think about where we are exactly now. And we woke up to the news this morning that governor Ron DeSantis of Florida sent two plain loads of migrants to Martha’s Vineyard off the coast of Massachusetts, including kids and whatnot. And I’m not saying this is not a one for one. This is not a parallel here in any way, but it does address some of the same themes that are part of this documentary.”

“Well, it’s the abstraction of human life,” Burns remarked. “It’s basically saying that you can use a human life that is as valuable as yours or mine… and to put it in a position of becoming a political pond in somebody’s authoritarian game. This is the coming straight out of the authoritarian playbook. This is what’s so disturbing about DeSantis is to use human beings, to weaponize human beings for a political purpose. It’s like when somebody disagrees with him in Florida, like the Walt Disney company, he punishes them.”

“This is not the actions of a person participating in a democratic process in which there’s an exchange of ideas,” Burns continued. “This is about punishing political enemies putting on shows political shows, political theater. And in this case, this is with the lives of human beings.”

“And what’s so ironic is these are Venezuelan refugees, which Desantis should be supporting, because they’re trying to flee the corruption of a left -wing government and all of the pain there,” Burns added. “And so the level of cynicism is beyond that. And, and what we find in all our films is that the themes that we engage in the past are present today. And so when you look at the story that we’re telling of the U.S. and the Holocaust, you understand that the time to save a democracy is before it’s lost.”

This is certainly the case, regardless of Berman’s purported disclaimer, and that is what the audience is likely to take away from the segment.

Rob Wray of 7 News provided images of the illegal immigrants arriving in Martha’s Vineyard. It does not appear to be like the Holocaust, thematically or otherwise.

The island was given a 20 minute notice, sources say.

According to FAIR estimates, there have been 4.9 million illegal migrant crossings at the southern border under President Joe Biden and 900,000 ‘gotaways’ who have made it into the country. The estimated cost of the additional illegal immigrants to the country is $20 billion per year.

On Thursday, it was reported that busloads of illegal migrants made it to Kamala Harris’s residence in Washington D.C. These migrant busloads were in addition to the planes Gov. DeSantis sent on Wednesday, as his office confirmed.

“Florida can confirm the two planes with illegal immigrants that arrived in Martha’s Vineyard today were part of the state’s relocation program to transport illegal immigrants to sanctuary destinations,” the statement said. “States like Massachusetts, New York, and California will better facilitate the care of these individuals who they have invited into our country by incentivizing illegal immigration through their designation as ‘sanctuary states’ and support for the Biden Administration’s open border policies.”

CNN implying that forcing Democrats to address the border crisis by making them deal with illegal migrants firsthand is in any way comparable to the Holocaust is rich. Kamala Harris, the purported border czar, refuses to even see the border. So, these border state governors are ‘bringing the border’ to Kamala Harris by letting her see a tiny fraction of the human cost that the Biden administration’s policies are inflicting on the nation.