CNN Poll: Nearly All Americans are ‘Concerned’ or ‘Scared’ for Future of the Country Under Biden

The Covid pandemic, skyrocketing gas prices, and escalating inflation are taking a toll on Americans’ morale in the second year of Biden’s presidency.

The mood of the country is turning gloomier, even as the administration had promised to “end” Covid by now, and return the nation to a sense of normalcy after the U.S. media’s non-stop barrage of negative news under the Trump administration.

A new CNN poll highlights just how grim things are getting in the eyes of the overwhelming majority of Americans. Watch: 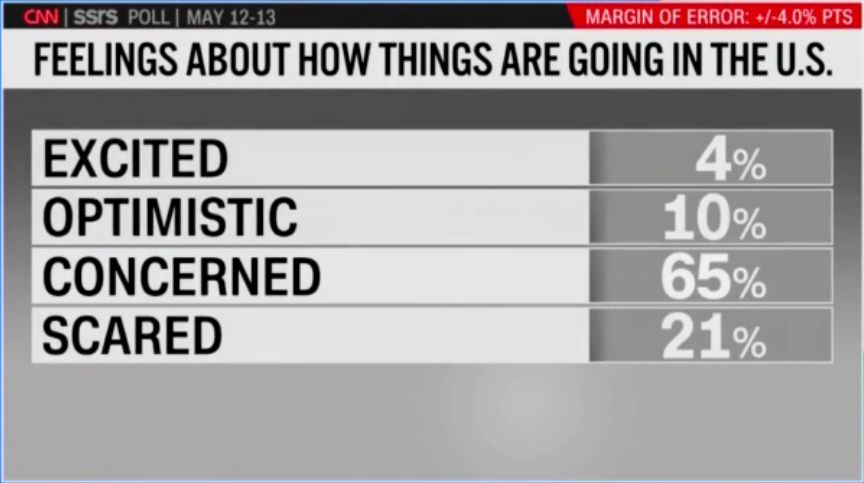 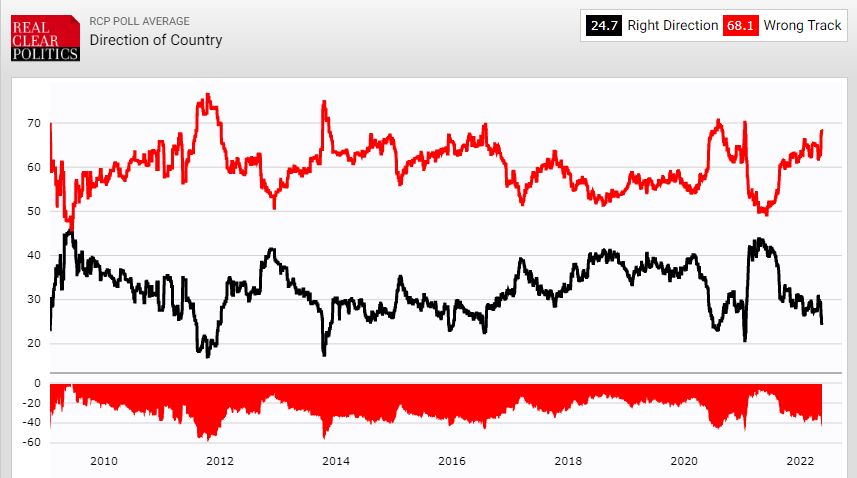 Only 24.7 percent feel that the nation is heading in the “right direction” while 68.1 percent believe it is heading on the “wrong track.”

Even worse for the administration, these horrible numbers are reflected in Biden’s approval ratings. And because of Biden’s poor performance, the Democratic Party is starting to bleed Hispanic voter support.

“President Biden’s approval rating among Hispanic Americans has plummeted to 26%, according to a Wednesday poll from Quinnipiac University,” Fox News reported.

“Biden is less popular among Hispanics than any other demographic, including age and gender, the poll found,” the report added. “The same Quinnipiac poll conducted last year put Hispanic support for Biden at 55%.”

It may just be that Hispanic Americans can save America from the socialist left’s disastrous policies. That would be an ironic twist that the Democratic Party did not see coming.