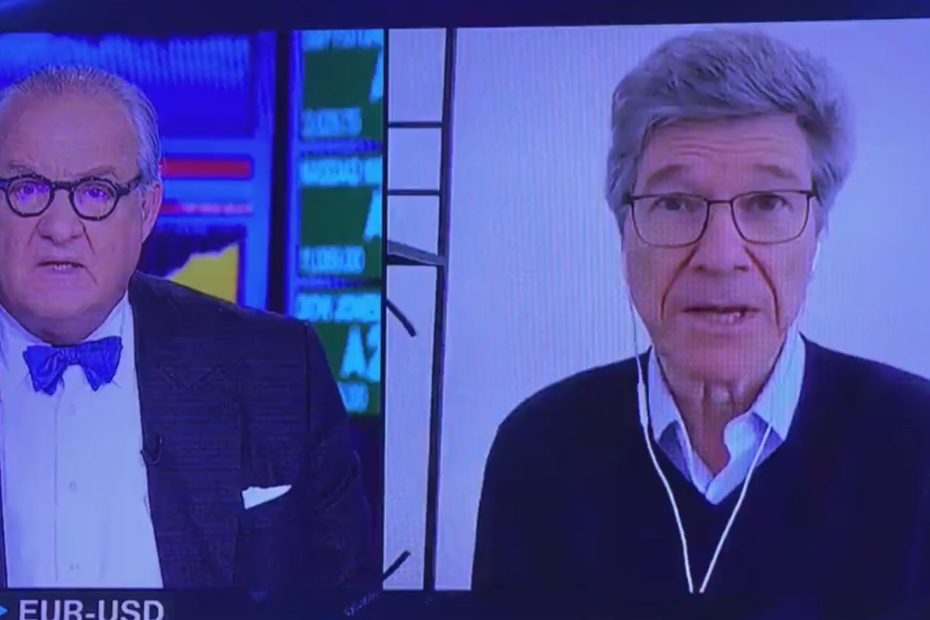 “The destruction of the Nord Stream pipeline, which I would bet was a US action, perhaps, the US and, and Poland…” Sachs began.

“Right, Jeff? Jeff, we gotta stop there,” the Bloomberg host interrupted. “That’s, that’s quite a statement,as well. Why do you feel absolutely, that that was a US action?What evidence do you have of that?”

“Well, first of all, there’s direct radar evidence that US helicopters, military helicopters that are normally based in Gdansk, were circling over this area,” Sachs answered.”We also had the threats from the United States earlier in this year that one way or another, we are going to end Nord Stream.”

In February, President Biden had warned: “If Russia invades…then there will be no longer a Nord Stream 2. We will bring an end to it.”

Pres. Biden: "If Russia invades…then there will be no longer a Nord Stream 2. We will bring an end to it."

Reporter: "But how will you do that, exactly, since…the project is in Germany's control?"

Biden: "I promise you, we will be able to do that." https://t.co/uruQ4F4zM9 pic.twitter.com/4ksDaaU0YC

But Professor Sachs wasn’t done yet with his analysis.

“We also have a remarkable statement by Secretary Blinken last Friday in a press conference,” Sachs continued. “He says, ‘This is also a tremendous opportunity.’ It’s a strange way to… Sorry. It’s a strange way to talk if you’re worried about the piracy on international infrastructure of vital significance.”

“So, I know this runs counter to our narrative… You’re not allowed to say these things in the West,” the professor added. “But the fact of the matter is all over the world, when I talk to people, they think the US did it. That just has value. And, and by the way, even reporters on our papers that are involved, tell me privately. Well, of course, but it doesn’t show up in our, our media.”

The Columbia professor spoke a lot of truth about the evidence suggesting the Biden administration played a role in what happened to Nord Stream 2 pipeline. The White House’s reluctance to make a definitive statement about who is to blame only adds to the international community’s belief that the United States had something to do with it.