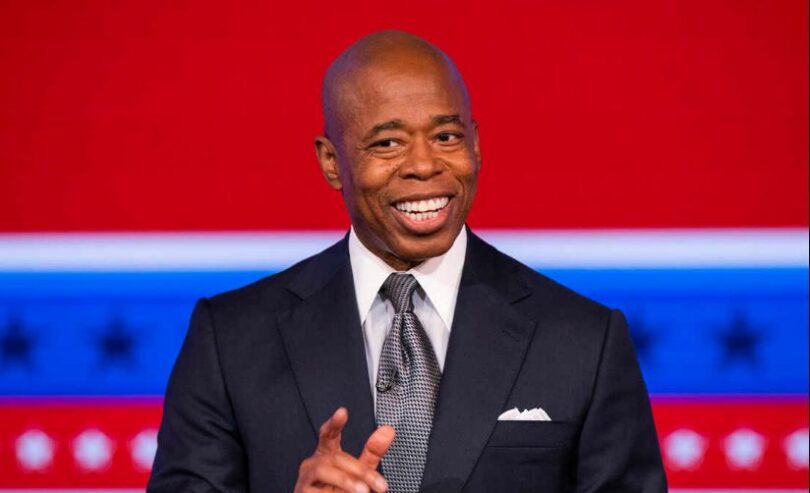 There once was hope for New York City.

Gotham City’s outgoing socialist Mayor Bill de Blasio — unpopular even with the Woke elites of Manhattan — is slated to soon be replaced with the newly elected “blue-collar” Mayor-Elect Eric Adams.

That change had some New Yorkers optimistic that reason, common sense, and predictability could be restored after de Blasio’s reign of error had wrought near-irreversible damage to the city.

Think again. Adams has every intention of maintaining the ruinous Covid policies of his predecessor, the New York Times reported on Thursday.

“Following weeks of silence, Mayor-elect Eric Adams vowed on Thursday to keep New York City’s vaccine mandate for private-sector employees in place,” the Times reported. “The requirement, which was enacted by Mayor Bill de Blasio and is the first of its kind in the nation, went into effect on Monday, during Mr. de Blasio’s last week in office.”

“The private sector employer mandate will stay in effect in the New Year, with a focus on compliance, not punishment,” Dr. Chokshi announced.

The New York Times failed to note that the private sector mandate is only stripping the city of essential workers at a time when it has been shown conclusively the vaccines fail to “stop the spread.”

Covid continues to run its course through the state, which has been one of the worst in America for cases and for deaths per 100,000. The obsession with “testing” is only providing superficial justification to maintain the failed policies.

“Meanwhile, hospitalizations continue to climb,” the report claimed. “As recently as the second week of December, Gov. Kathy Hochul assured New Yorkers ‘this isn’t March 2020 or even January 2021,’ citing admissions totals well below January’s peaks near 9,300.”

In addition, Adams is contemplating a pediatric vaccine mandate that would be enacted throughout New York City’s school system.

“Adams also addressed the potential for a student vaccination mandate in New York City public schools, the nation’s largest district, amid concerns over quintupling rates of pediatric COVID hospitalizations across the city,” the report claimed. “The Democrat said his administration plans to make a decision on that in the spring, though he didn’t give a specific deadline date. Should he decide to move forward, the mandate would take effect later in the year, possibly at the start of the 2022-23 academic calendar.”

“We can’t shut down our city again. We can’t allow the city to go further into economic despair,” Adams said. “I want to be clear in the message about what our winter plan is going to look like.”

While “cases” are up — a testing spree continues to fuel the impression that the pandemic is still an imminent threat — deaths and real hospitalizations (meaning ICU and ER visits, not routine testing) are way down.

There are a number of states that are seeing massive “case” surges (including people who are asymptomatic, but merely test positive), but are nonetheless continuing to see declining death rates since the waning of the Delta surge.

Florida is illustrative. It is now seeing declining hospitalizations and death rates due to voluntary vaccinations and herd immunity. It is an outstanding test case because it is a large state that does not have lockdowns, mask mandates, or vaccine mandates.

The mainstream media continue to exaggerate Covid “cases,” but it is really the outcomes that should preoccupy us: A case surge with declining or flat death rates and hospitalizations (meaning ICU and ER visits, not routine testing) will only hasten herd immunity.

Charts: Omicron is a Fraction as Deadly as Earlier Covid Pandemic Across the US