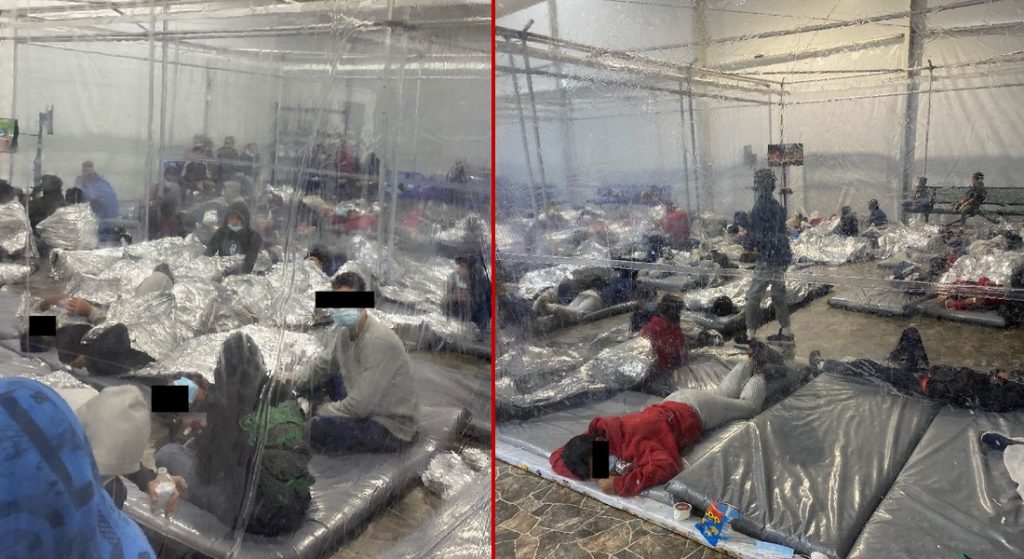 Damning new photos released by Democratic Texas Rep. Henry Cuellar provide a harrowing first look inside the detention facilities that the Biden administration has desperately been trying to cover-up.

The photos, obtained by Axios, reveal a deteriorating situation inside the detention facilities as the border continues to be overwhelmed due to Biden’s reversal of Trump policies. 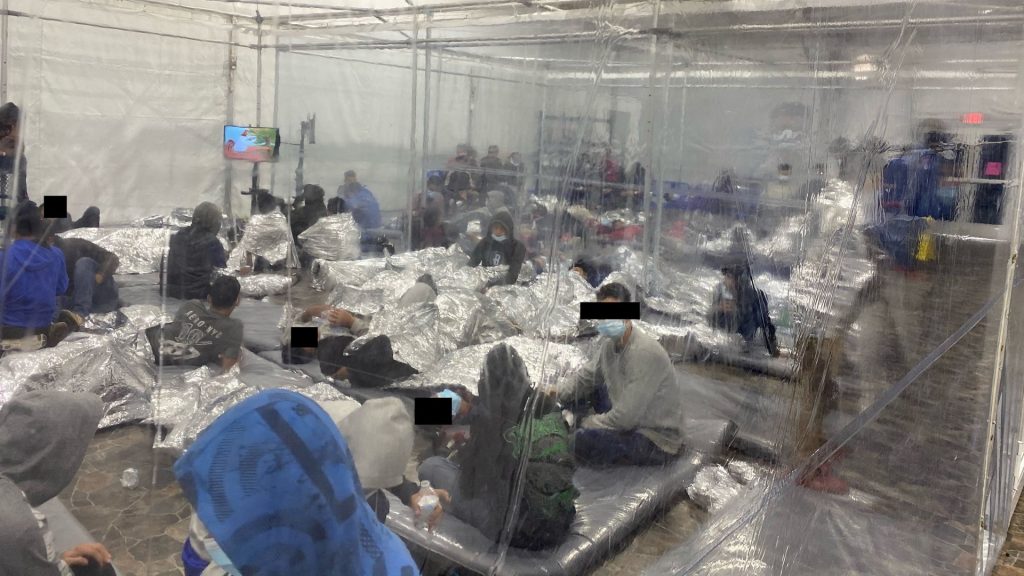 Here the migrants are being held in the Donna, Texas facility. 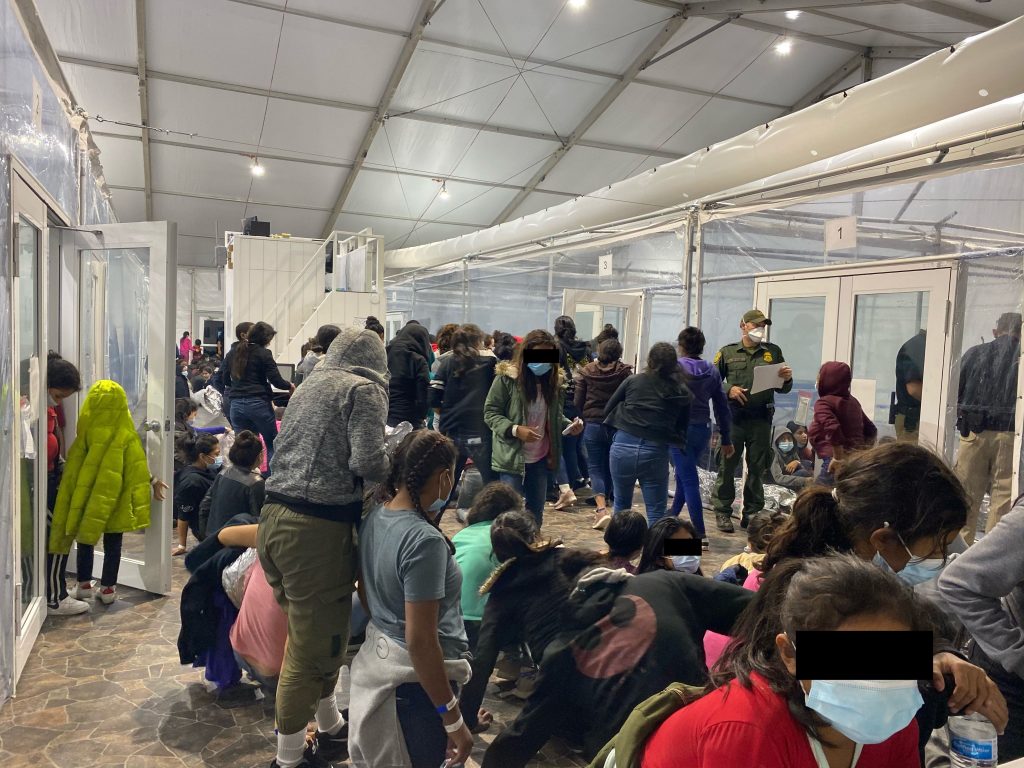 The migrants are huddled around in conditions where it is nearly impossible to socially distance. Texas Governor Greg Abbott on Friday said that 10% of migrants at the Midland & Carrizo Springs facilities have tested positive for COVID-19.

This news comes after “more than 100 illegal immigrants released by the Border Patrol into Texas since late January have tested positive for the coronavirus following their arrival,” officials told Fox News in early March. The White House denies the reporting is accurate. 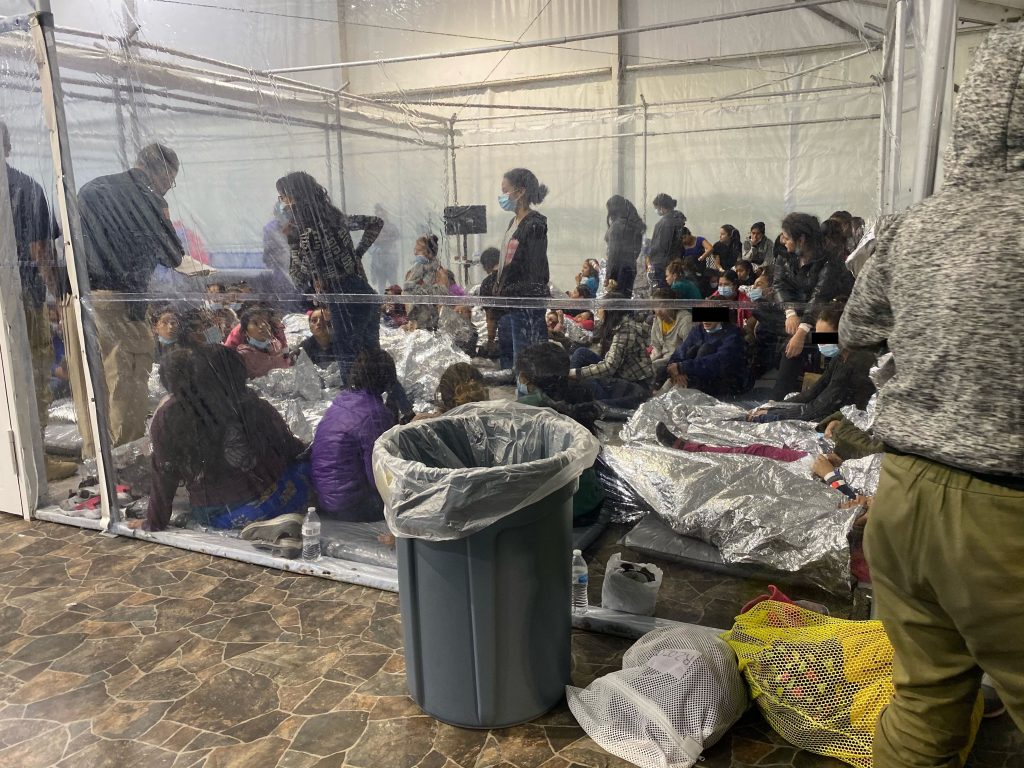 Migrants are crowded together in disturbingly tight quarters with little-to-no-privacy. It should be clear to everyone why minors were held separately from adults under the Trump administration. 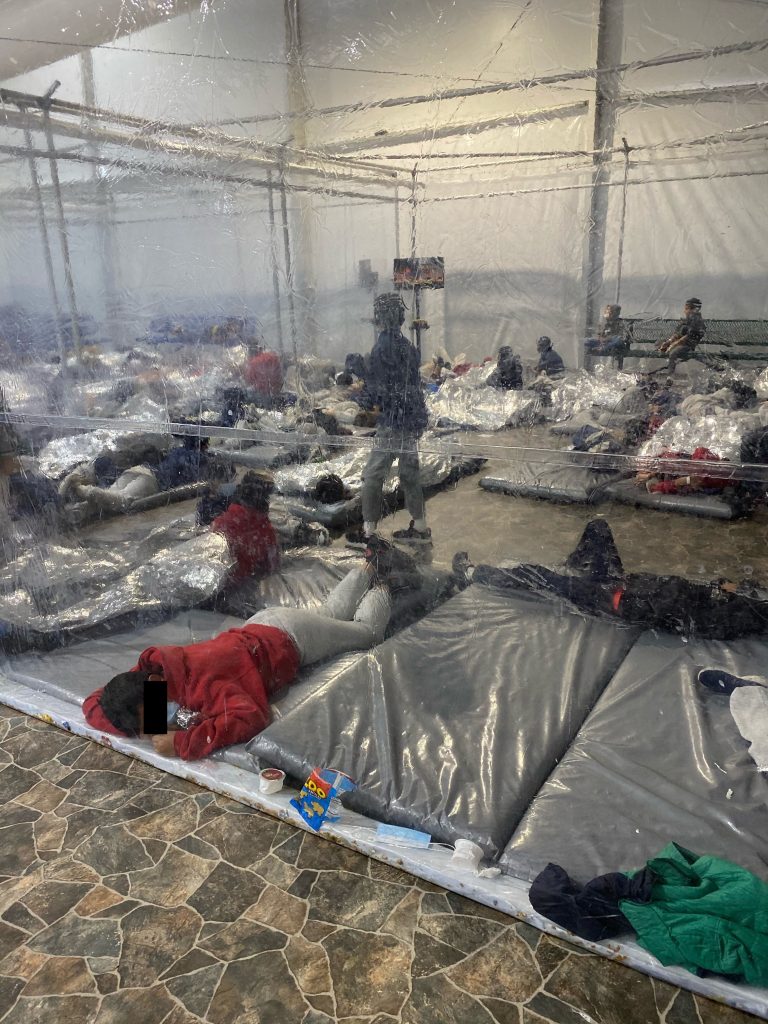 The views inside the facility are disturbingly bad. They speak to the total lack for failure of U.S. border policy, as well as the nation’s relations with Latin America and Mexico. 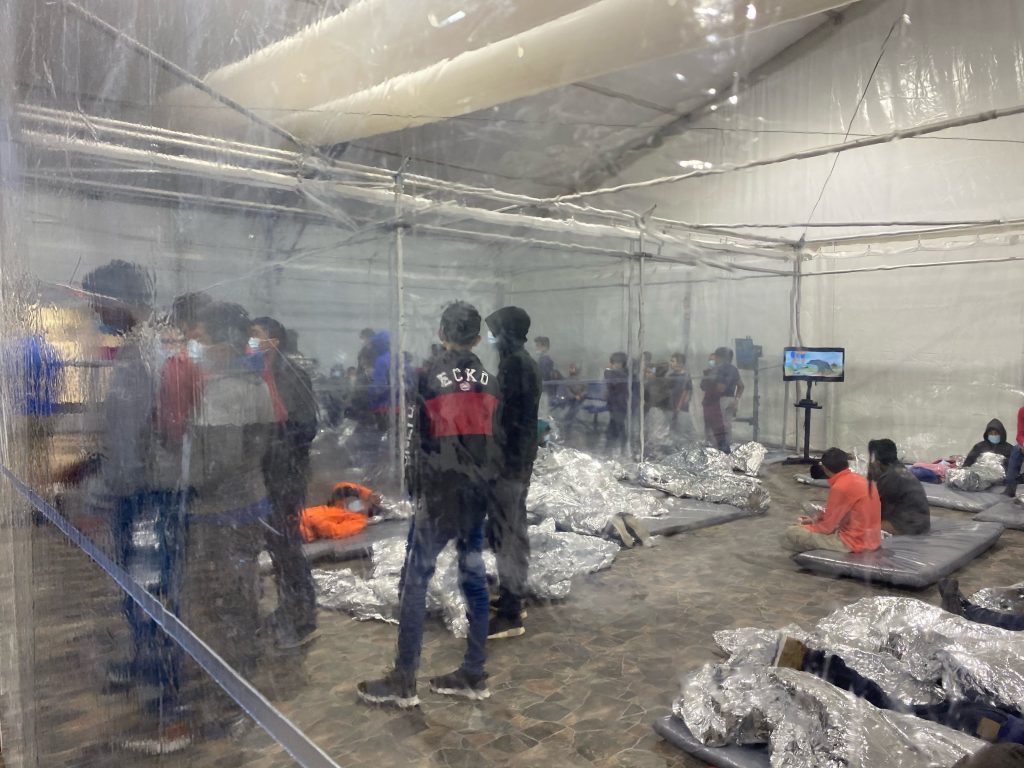 It is a scene that breaks one’s heart. Despite the Biden administration’s denials, its policies are fueling the rampant uptick in border crossings and unaccompanied minors coming to the United States.

“The number of migrant family members caught crossing the southwest border more than doubled between January and February — rising from 7,000 to nearly 19,000, according to the most recently released agency data,” Axios reported.

In addition, there has been a surge of unaccompanied minors being detained by ICE, a practice that was derided under the Trump administration as putting “kids in cages.” The number of migrant children in U.S. custody has passed 15,000, CBS News reported on Saturday.

“Records reviewed by the network showed that the government has about 15,500 unaccompanied migrant minors in U.S. custod,” the Hill reported. “Over 5,000 unaccompanied minors are currently held in a tent holding facility run by Customs and Border Protection (CBP) and other stations along the U.S.-Mexico Border as of Saturday morning.”

While Biden’s White House has taken some heat from unlikely sources, such as CNN, over the practice of holding thousands of unaccompanied minors, the administration differs from the Trump administration in a significant regard. It is seeking to bring the unaccompanied minors into the United States instead of sending them back to Mexico or in their countries of origin.

The news comes as the Biden administration is making arrangements to shelter illegal immigrants at hotels. The cost to taxpayers for the hotel stays is estimated to be $86 million.

As Axios reported on Saturday, the six-month contract is awarded to Endeavors, a Texas-based nonprofit organization. The contract to hold up to 1,200 migrant family members could be expanded and extended.

ICE is “already transforming its family detention facilities into rapid-processing centers with the goal of releasing families within 72 hours,” the reported added. Nonetheless, the hotels are acting as overflow facilities as the border continues to be overwhelmed by illegal immigrants seeking to come to the United States.

The hotels will reportedly be as close to the border as feasible to facilitate immigration processing, such as in Texas and Arizona. However, the Biden administration has recently weighed flying some illegal migrants to the Canadian border.

According to Axios, less than half of the migrant families are being deported a figure that is, down 91% in October.  A public health order issued by the Trump administration facilitated deportation for migrants whose COVID status was uncertain.

“Currently, there is friction with Mexican authorities, as often the US is unable to deport people back to Mexico due to their limited capacity to deal with the migrants,” the Post Millenial notes.

The choice of hotels to foster migrant families streaming across the border has been a controversial one in the past, although there are a few significant differences between the Biden and Trump administration policies.

Biden has reversed Trump’s order to halt Deferred Action for Childhood Arrivals, and House Democrats recently passed legislation for “Dreamers” to obtain a pathway to citizenship.

On Sunday, Donald Trump blasted the Biden administration for its disastrous border policies in a new statement.

“The only way to end the Biden Border Crisis is for them to admit their total failure and adopt the profoundly effective, proven Trump policies,” the 45th president concluded.