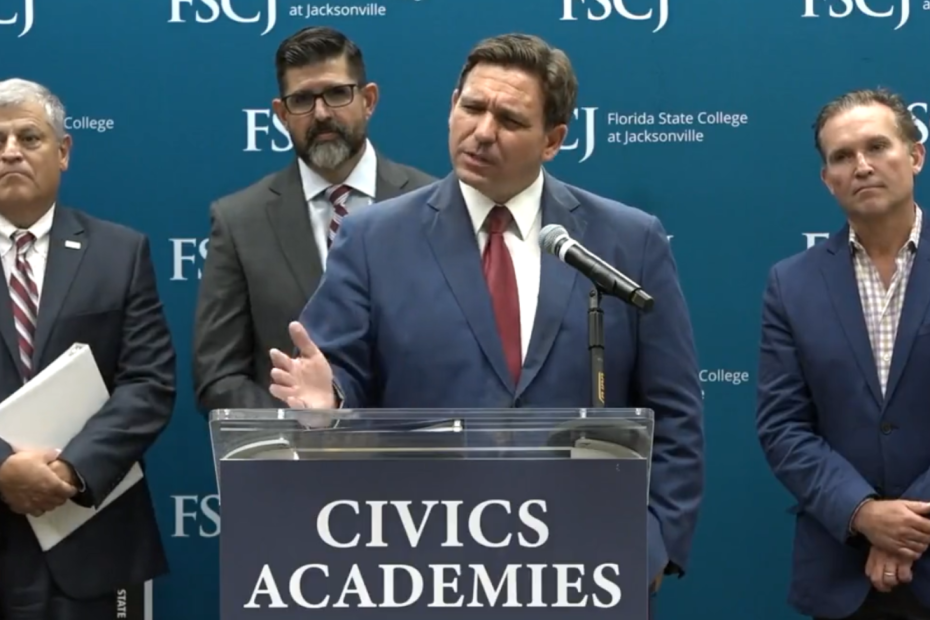 “How come it’s wrong to produce our own oil and gas here, but you can go to Saudi Arabia and fist-bump to try to get it from Saudi?” Gov. DeSantis asked.

“I mean, it makes no sense that we wouldn’t do it,” he said. “We have opportunities here to be energy-independent and not have to worry about any of these other countries, and yet they’re intentionally not doing it.”

“And you can’t run a modern economy on windmills, you just can’t do it,’ he added. “We do a lot of solar in Florida, it is a complement, it does not displace the traditional forms of energy.”

“And so now we’re in a situation, they’re bragging that gas has gone down over the last however many weeks,” DeSantis went on. “It’s still over 4 bucks. Like, I had never seen it over 4 bucks my whole life living here.”

“But that is the problem, it’s just when you’re — when you’re cranking the printing presses, you’re making energy more expensive, you know, that creates an upward pressure on all this stuff,” he said. “And so, the acceleration from May to June, that we saw at the end of June, not only was — they said it wouldn’t happen, then they said it was a blip, then they said it would peak soon. It still didn’t peak even after that, and so that’s really making it difficult for a lot of people to make ends meet him.”

“I mean, you can have opportunities for more income,” he added. “You get, what, a 9, 10 percent pay increase and that’s wiped out immediately with the Bidenflation. So it’s a big problem and certainly from a supply chain perspective.”

In mid-July, President Biden personally appealed to the Saudis to marginally increase oil production. The White House would then suffer a stinging rejection — the Saudi regime later announced it was already running near maximum capacity.