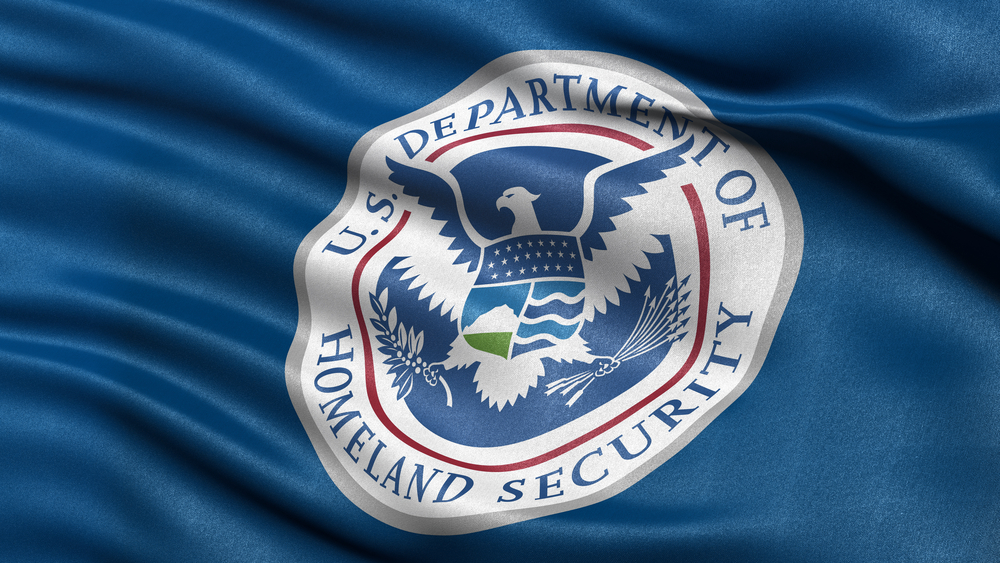 “The Secretary of Homeland Security has issued a new National Terrorism Advisory System (NTAS) Bulletin regarding the current heightened threat environment across the United States,” DHS said in the bulletin. “The Homeland continues to face a diverse and challenging threat environment leading up to and following the 20th Anniversary of the September 11, 2001 attacks as well religious holidays we assess could serve as a catalyst for acts of targeted violence.”

It is possible that DHS here is referring to Islamic extremists, but is simply too politically correct to state the ideological motivation of such terrorists in plain English. Thus, it makes it appear as though Jewish Americans and Christian Americans are at equal risk of carrying out deadly terror attacks, which is simply not the case.

“Through the remainder of 2021, racially- or ethnically-motivated violent extremists (RMVEs) and anti-government/anti-authority violent extremists will remain a national threat priority for the United States,” DHS continued. “These extremists may seek to exploit the emergence of COVID-19 variants by viewing the potential re-establishment of public health restrictions across the United States as a rationale to conduct attacks.  Pandemic-related stressors have contributed to increased societal strains and tensions, driving several plots by domestic violent extremists, and they may contribute to more violence this year.”

DHS elaborated further on what the government agency characterizes as the ideological motivation of potential domestic terrorists.

“There are also continued, non-specific calls for violence on multiple online platforms associated with DVE ideologies or conspiracy theories on perceived election fraud and alleged reinstatement, and responses to anticipated restrictions relating to the increasing COVID cases,” the agency added.

“Homeland Security issued a national terrorism alert warning that violent extremists could take advantage of the easing of pandemic restrictions to conduct attacks,” CBS reported. “Now, this updates the alert issued in January after the assault on the capitol, and it warns domestic terrorists fueled by online conspiracy theories pose a growing threat to the U.S.”

There is absolutely no linkage provided on how lifting Covid resistrictions will lead to an increased domestic terrorism threat. Indeed, one would think that escalating Covid restrictions will anger domestic extremist groups and potentially drive them to violent acts. But such are the nonsensical conclusions one gets when state propagandists ignore basic terrorism principles.

The Biden administration has made it clear that the Department of Justice and Department of Homeland Security are being guided more by political propaganda than by the rule of law and valid security concerns. The DOJ has characterized January 6 as an “insurrection,” despite failing to charge any of the over 550 criminally charged suspects for “insurrection.” It has withheld more than 14,000 hours of footage on the event because it appears to contain exculpatory evidence.

Furthermore, the Justice Department and DHS have ignored the threat to the United States from Black Lives Matter and Antifa, despite the billions in damage th9se groups caused and the dozens of people killed during left-wing rioting.

“Attorney General Merrick Garland and Homeland Security Secretary Alejandro Mayorkas appeared before the Senate Appropriations Committee for a hearing on domestic extremism as Congress ramped up its scrutiny this week of the circumstances around the attack on the Capitol,” the Hill reported.

“Both Garland and Mayorkas testified that white supremacist groups pose the most serious domestic national security threat in the U.S., reinforcing what analysts have long concluded about far-right organizations,” the Hill continued.

Such an assessment quite flatly contradicts political reality, but the Democratic Party and its bureaucratic minions are showing no qualms about using their agencies to smear peace-loving Americans whom they politically disagree with. A number of Twitter users blasted the new DHS terror threat advisery.

The Biden regime should just stop beating around the bush and say exactly what they believe – anyone who doesn’t vote Democrat is a domestic terrorist. pic.twitter.com/olj5hDfOGk

So all the riots of 2019/2020 across the US most media are silent and call it a "protest". When the politicians are "threaten" with their own piece of protests the ask the @DHSgov to call it terrorism.

These events will be used as catalysts to expand the police state like those before them pic.twitter.com/1fMrdqRrmk

Just a rationale for increased surveillance & censorship of the political Right

No actionable intel
Just vague smears of people angry abt COVID & the electionhttps://t.co/qA3QgbmHSd

NBC reports new DHS Terrorism Advisory is “Not based on any actual threats or plots”.

Goes on to claim “potential” threats from anti-governmental sentiment, anti-COVID, pro-Trump…and uses 9/11 and “religious holidays” as triggering this warning.

Is this PSYOPS or news? pic.twitter.com/9IRXWUKib2

The Department of Homeland Security is the same agency that claimed disgruntled Trump supporters would carry out violent attacks at Biden’s Inauguration. Of course, none would arise, unlike Trump’s Inauguration in 2017.

The Capitol was also locked down for months with razor wire to provide the optics that a  persistent terror threat was emanating from peaceful, freedom-loving Americans who question the government. Now, the U.S. government is outright characterizing such people as ‘enemies of the state.’