Speaker Nancy Pelosi is known to have ‘sharp elbows’ in Washington D.C. But even by the Madame Speaker’s apparently low standards, she may have set a new low by elbowing a child. Watch:

“No child should be pushed to the side for a photo op. PERIOD!!” Flores said in a retweet of the video.

“I am so proud of my strong, beautiful daughter for not allowing this to faze her,” she added. “She continued to smile and pose for the picture like a Queen.”

Pelosi’s elbow jockeying took place at a swearing-in ceremony for the first Mexican-born Congresswoman Mayra Flores, who flipped a deep blue Texas district that hadn’t been flipped for a hundred years.

Flores and her family appear to have deeply religious convictions. As she shared a group photo on Instagram, she touted her family’s faith. 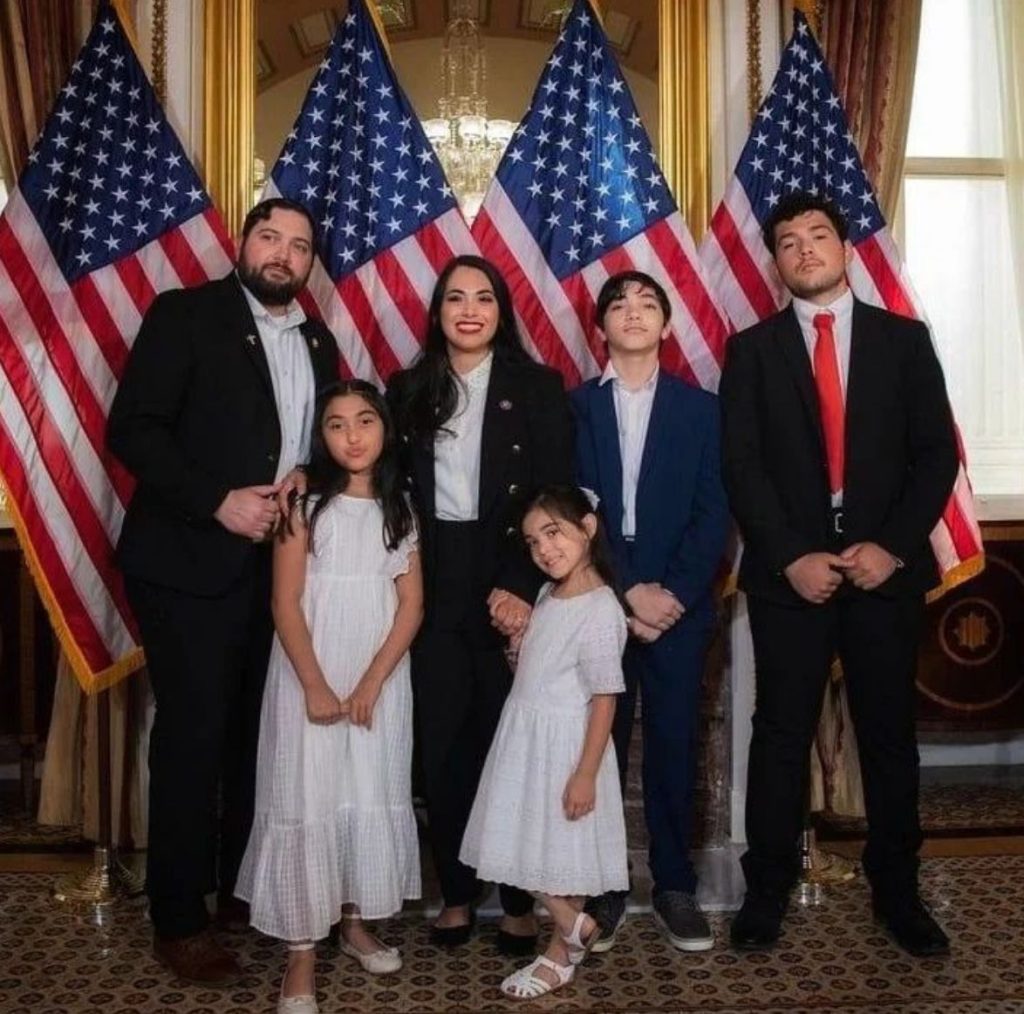 “Our family made so many compromises and sacrifices along the way, but we wouldn’t have done it without standing strong on our beliefs and values,” she said. “This victory is for the lord, my family, our families, and for future generations to come.”

After the Supreme Court’s decision to overturn Roe v. Wade, Flores trumpeted “We are the pro-life generation!” on Twitter.

Contrast this with the reaction of the ‘very Catholic‘ Nancy Pelosi, who came unglued on Friday morning in the wake of the Supreme Court decision stating there is no ‘right to abortion’ in the U.S. Constitution, thereby overturning Roe v. Wade.

Pelosi first strode out to meet the media and refused to even say ‘good morning.’

“There’s no point in saying good morning, because it certainly is not one,” Pelosi said. “This morning, the radical Supreme Court is eviscerating American rights and endangering their health and safety. But the Congress will continue to act to overcome this extremism and protect the American people.”

“With Roe and their attempt to destroy it, radical Republicans are charging ahead with their crusade to criminalize health freedom,” she continued. “In the Congress — be aware of this — the Republicans are plotting a nationwide abortion ban. They cannot be allowed to have a majority in the Congress to do that.”

But she not only railed against the Supreme Court and undermined its integrity, the Madame Speaker promised vengeance.

“We had passed that legislation, really, in order to make it the wall the land,” she continued. “It is clear that we just have to win a majority in November. Everything is at stake. If you’re a woman, if you care about women, if you respect women, you know that this is a disgraceful, disgraceful judgment that they made.”

“So, needless to say, and you know I quote Lincoln all the time, public sentiment is everything,” she continued. “With it, you can accomplish almost anything; without it, practically nothing. But in order for public sentiment to prevail, people have to know, and people do know.”

This ‘public sentiment’ has entailed a political environment where the Democratic Party has whipped up its radical base into such a frenzy that Supreme Court Justices have needed to up their security. Even after the assassination attempt on Justice Brett Kavanaugh, the Democratic Party that shamelessly tried to destroy his life with unproven rape accusations have stood by silently. The radical Democrats’ viciousness is obvious for everyone to see.

In her special election, Mayra Flores did something no Republican had done in Texas 34 for over 100 years. She flipped the deep blue district into the red. MSNBC explained what this means for the Democratic Party:

“This speaks to a story we’ve been talking about since the 2020 election, specifically along the border, the Rio Grande valley, South Texas. We have seen county after county, whether it’s in this district or some of the districts to the west of it, where voters have moved 10, 20, 30, 40 points away from the Democrats and toward the Republicans.”

“This district that Mayra Flores won last night, Barack Obama got more than 60% of the vote here. When he last ran in 2012, Hillary Clinton won this district by 22 points. It’s shifted that dramatically. Joe Biden carried it by four in 2020, and now in a special election, a Republican candidate has won it outright.”

“We’ve seen shifts like this throughout south Texas. This by the way is the second most heavily Hispanic congressional district in the United States. We’ve talked about the potential shift among Hispanic voters. We certainly saw it in 2020. The question has been what we see it in 2022. I think this result we got from Texas 34 last night, definitely underscores the Hispanic vote could be up for grabs this fall in ways we haven’t seen in a long time.”

The Democratic Party’s policies for the last twenty years make it clear the leadership took for granted that Hispanic Americans would automatically back its anti-family, anti-religious, pro-abortion, socialist policies.

Now, it looks like Hispanic Americans may be the voting constituency to put Democrats in the minority for decades to come.

Nancy Pelosi’s jab at Flores’ little girl thus reflects the anger and frustration of a Speaker who is all about power. That little girl is the future of America — and Pelosi just cannot stand it.