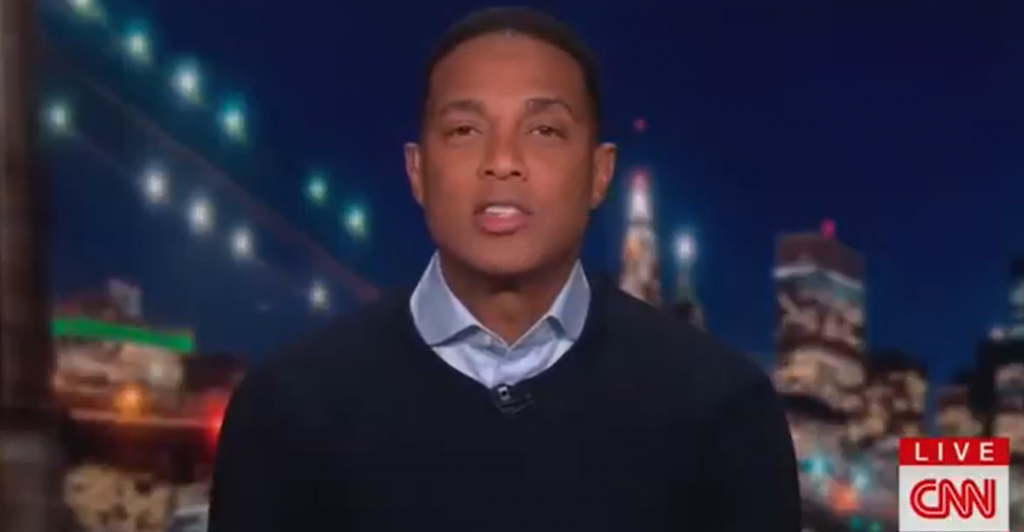 CNN’s Don Lemon abruptly informed his handful of TV viewers that it was about to be the “end of an era.” Whether he meant that was the ‘end of an era’ of unfounded hyperbole, misleading viewers, or he was moving on from the network was anybody’s guess.

It turned out that the hard left news commentator was ending his show ‘CNN Tonight with Don Lemon.’ But that didn’t mean he was leaving the network.

In a very muted announcement, CNN's Don Lemon announced the end of CNN Tonight with him at the helm and promised more information.
"I appreciate all the years of CNN tonight with Don Lemon. But changes are coming. And I will fill you in." pic.twitter.com/P9WbWadKIz

Lemon then had to take to Twitter to reassure people that he was not quitting his job.

“Everybody, calm down,” Lemon said. “I didn’t say I was leaving CNN, I just said that it was the end of an era for ‘CNN Tonight with Don Lemon.’”

It turned out, unfortunately, it was simply a sad rebrand for a network that has been desperate for viewers since the official end of the Trump presidency.

Lemon later revealed he was changing the name of the show from “CNN Tonight with Don Lemon” to “Don Lemon Tonight.”

“Didn’t mean to set the internet on fire. What I said last night was true,” Lemon wrote Saturday morning. “CNN Tonight with Don Lemon is no more. I’ll be back on Monday with my newly named show Don Lemon Tonight.”

No wonder CNN has trouble with viewer trust. If cable news hosts have to pull stunts like rebrand teasers just to gin up interest, that’s a sign the show is bad, and it doesn’t matter what you name it.