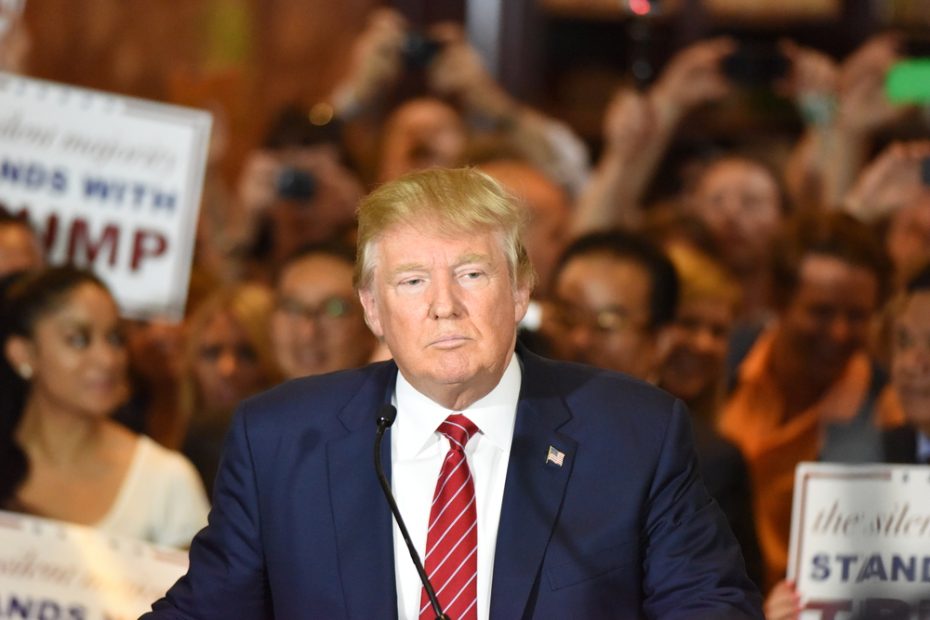 President Donald Trump has reportedly agreed to the partisan Jan. 6 Committee’s subpoena request for him to testify before Congress.  Trump would accept the subpoena and be glad to testify,but only if he can do it on live television.

“He’s been talking to advisors about how you know, he would consider testifying if they would air it live, which is also not surprising,” Haberman said, “It seems hard to imagine the committee would go for that.”

“That’s, that’s interesting,” CNN’s Jake Tapper responded. “Do you think his lawyers would let him testify live? I mean, I can’t imagine that. I mean, it might feel good for him, but I can’t imagine that making him look sane, rational, reasonable. I mean, I don’t see any scenario in which he ends up looking good there.”

“I think that it would be, I also don’t see a scenario where he doesn’t potentially get himself into a fraud situation when he’s testifying under oath,” she claimed. “And I think it would depend on which lawyers he is listening to. Jake, he has different lawyers in different cases and he seeks them out for different things and they are not always on the same page.”

Thus, the New York Times reporter gives away that that Democrats’ intentions is to keep firm control over the January 6 political theater. According to the reports, Trump does not want the Democrats and their allies in the media to selectively edit his video testimony to put him in a bad light.

Trump on Friday responded to the partisan January 6 committee’s subpoena for him to testify less than a month before the midterm elections. It provides a sneak preview of what Trump’s live testimony would look like.

“Why didn’t the Unselect Committee ask me to testify months ago?” Trump asked on Truth Social. “Why did they wait until the very end, the final moments of their last meeting? Because the Committee is a total ‘BUST’ that has only served to further divide our Country which, by the way, is doing very badly – A laughing stock all over the World?”

Donald Trump recently ripped the committee and its investigation as a “witch hunt” in an exclusive interview with Fox News Digital on Thursday.

“The committee is a hoax, a sham, a partisan witch hunt which is a continuation of the witch hunt that has gone on since the great day for our country that I came down the golden escalator with our future first lady,” Trump said. “They have no case, they have no ratings, so they have to try to do this to get publicity.”

A source close to Donald Trump told Fox News that if he chose to testify, he would “talk about how corrupt the election was, how corrupt the committee was, and how Nancy Pelosi did not call up the National Guard that Trump strongly recommended for her to do three days earlier on January 3, 2021.”

Trump “loves the idea of testifying,” the source added.

Donald Trump also told Fox News Digital that the investigation has been “a partisan witch hunt, together with two Republicans that have been thrown out of the party — one not wanting to run because he couldn’t win; and another losing by a record number of more than 40 points.”

The former president was referring to Rep. Liz Cheney (R-WY) who lost a primary earlier this year, and Rep. Adam Kinzinger (R-IL), who decided not to run for re-election.

He also brought up that the January 6 committee “never covered the important subject of election fraud, or why Pelosi and the mayor of D.C. did not call up the National Guard — which I strongly recommended.”

On Thursday, the January 6 committee indicated that the Secret Service knew the Proud Boys were planning to descend on the capitol.

The Secret Service had advance information—more than 10 days beforehand—regarding the Proud Boys planning for January 6th. We know now that the Proud Boys and others did lead the assault on our Capitol building. pic.twitter.com/1118rayg5g

The information further calls into question how President Donald Trump could possibly ‘incite’ a riot with a speech that called for people to ‘peacefully make their voices heard,’ when the FBI and Secret Service knew that the Capitol was likely to be attacked by extremist groups.

Speaker Nancy Pelosi failed in her duty to protect the Capitol from a riot that had been predicted as early as March of the previous year. Former Capitol Police Chief Steven Sund asked for increased National Guard presence from the House and Senate Sergeant-at-Arms at least six times beginning on January 4, according to his testimony, but no action was taken.

The House Sergeant-at-Arms Paul Irving nonetheless averred that no request was made until the day of January 6; however, his timeline is that he asked for permission for the National Guard twenty minutes before he got the request, raising questions about him potentially “covering” for Pelosi.

Washington, D.C., Mayor Muriel Bowser also insisted on in a January 5 letter to the Secretary of the Army that there be a light National Guard and police presence at the Capitol. The Pentagon also placed limits on the National Guard’s ability to mobilize and prepare for the riots, the Washington Post reported.

“[Acting Defense Secretary Christopher] Miller and other senior Pentagon officials never relayed the 10,000 figure to anyone outside the Defense Department, according to a former U.S. official who was familiar with the matter,” the WaPo report admitted.

“They didn’t act on it because based on discussions with federal and local law enforcement leadership, they didn’t think a force of that size would be necessary,” the former official said.

The Inspector General of the Capitol Police in April 2021 laid bare all of the disturbing issues involved with the way the January 6th Electoral College security was mishandled.

“A new report by the Capitol Police’s internal watchdog found that department leaders overlooked key intelligence in the run-up to the riot on Jan. 6, including a warning that ‘Congress itself is the target,’ and barred the force’s riot response unit from using its most powerful crowd-control measures,” the New York Times reported.

National Guard presence was deliberately kept low over purported “optics” concerns. It was hampered in its ability to prevent an attack on the Capitol. The Capitol Police opened doors. We know at least 20 FBI/ATF agents were in the crowd on January 6 from court documents.

Thus, the House and Senate Sergeant at Arms, the D.C. Mayor, and the Department of Defense put a number of unusual roadblocks in the way of providing security at the Capitol on January 6. The systematic refusal to increase security, despite knowing that extremist groups would be descending on the capitol raises serious questions about whether the security denials were mere negligence or a deliberate trap.

On Thursday, CNN aired exclusive behind-the-scenes footage from Nancy Pelosi’s own daughter, Alexandra Pelosi, adding further evidence to the argument that there is a lot more to January 6 than meets the eye. It is one reason that many desire a potentially GOP-controlled House to hold “real” January 6 hearings after the election.

Donald Trump’s testimony before Congress on the Capitol riots, particularly held on live television, would certainly expose more Americans to facts and evidence about the January 6 events that mainstream media outlets have been reluctant to emphasize.

It would be an explosive ‘made-for-TV’ event for the ages.