Donald Trump lashed out at a Republican he argues is obstructing the independent audit of Maricopa County, which was authorized by the Arizona State Senate.

“Republican Arizona State Senator Paul Boyer, a RINO if there ever was one, is doing everything in his power to hold him the damning Forensic Audit of Maricopa County which has been taking place of the last 90 days,” Trump said. 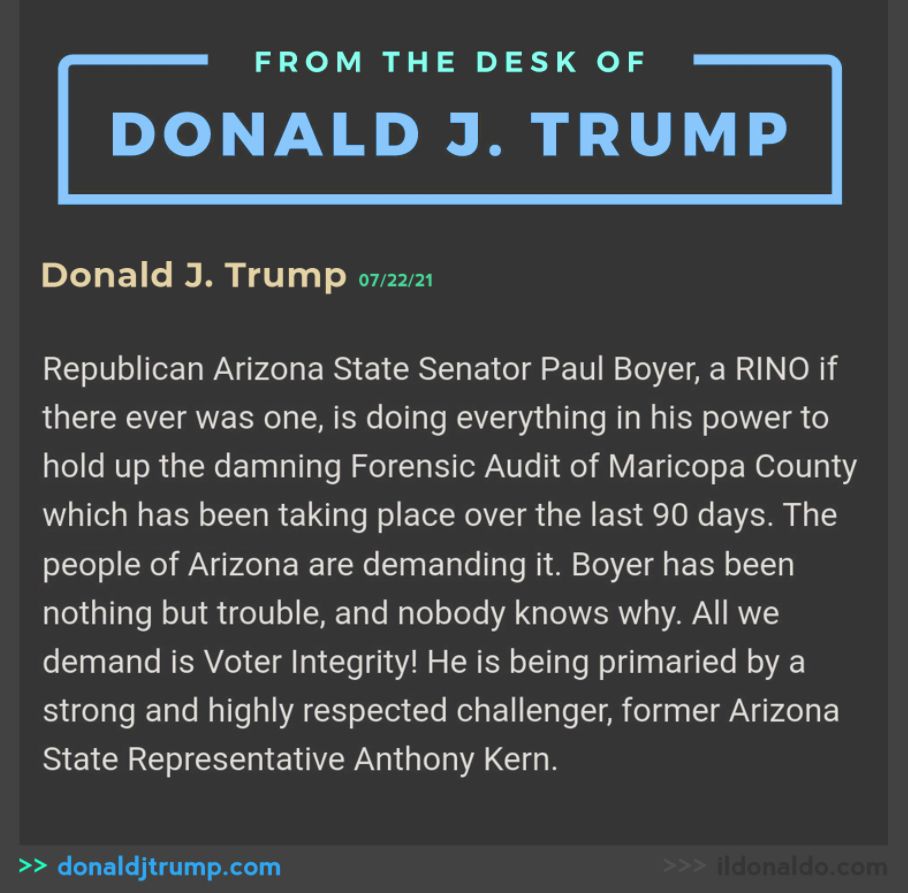 “The people of Arizona are demanding it,” he continued. “Boyer has been nothing but trouble, and nobody knows why.”

“All we demand is Voter Integrity!” Trump added. “He is being primaried by a strong and highly respected challenger, former Arizona State Representative Anthony Kern.”

There have been repeated attempts in Arizona to recall Boyer, but both ended without the sufficient signatures filed to initiate the recall. Among the reasons for the recall were “violating his oath of office, and over not representing the interests of his constituents and the state Republican Party,” according to Ballotpedia.

In November, Boyer even called the recount in Maricopa County “ridiculous” and that he regretted supporting it.

“It makes us look like idiots,” state Sen. Paul Boyer of suburban Phoenix told The New York Times. “I didn’t think it would be this ridiculous. It’s embarrassing to be a state senator at this point.”

Although Boyer did not vote for the independent audit by Cyber Ninjas, he earlier supported it in principle.