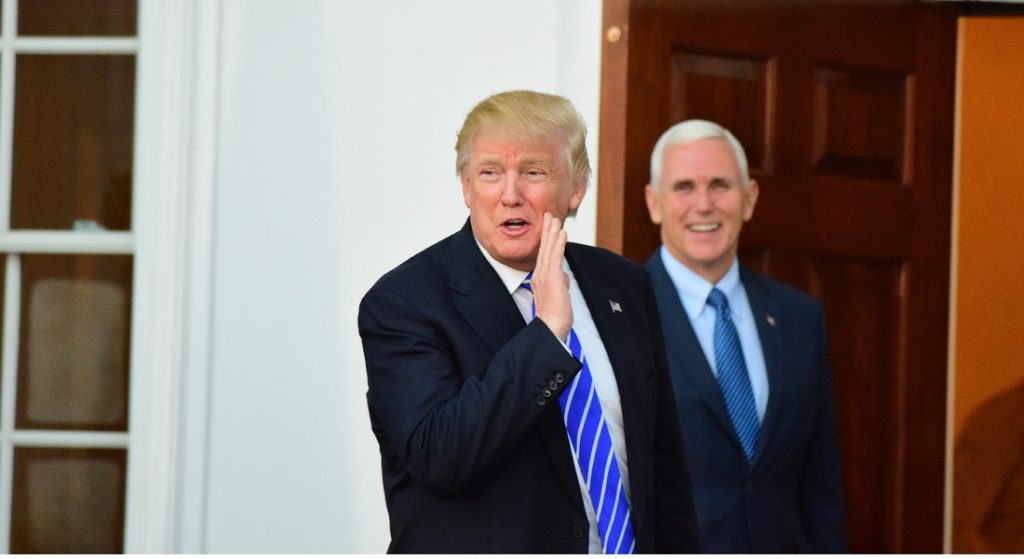 Americans might be forgiven if they’ve gotten the distinct impression from the mainstream media that Donald Trump been in a blood feud with Mike Pence over the handling of 2020 presidential election objections. The presidential spat nearly got Pence killed, the reports suggest, and came perilously close to launching a nuclear war.

At the Senate impeachment trial, the narrative got around that Trump was so furious at Pence that he cared not a whit if the Vice President was overtaken by raging insurrectionists that he had used secret hand signals to deploy upon his sudden arch-nemesis.

A bloodless tweet was deployed into the fray as if to put the unmistakable hit out. You will have to look closely for the coded language to read between the lines like “professional” journalists do.

“Mike Pence didn’t have the courage to do what should have been done to protect our Country and our Constitution,” Trump wrote in his tweet.

Imagine now that reports have surfaced that Donald Trump has not only spoken to Mike Pence on multiple occasions, he even had kind words to say about him.

“Despite their differences, the reality is that they’ve had multiple conversations before [they] departed. The president thanked the vice president for his service, told him he did a great job, and they’ve even had conservations since then, including even this week,” said Marc Short, Pence’s former chief of staff, in an interview on Fox News.

Trump “thanked” the vice president. Told him he did a “great job” while in office. This is according to Mike Pence’s former chief of staff. Watch the illuminating interview below:

When asked if Trump and Pence had “mended fences,” Short replied, “I think so.”

Thus ends yet another media myth designed to divide the right and weaken the Democrats’ opposition. Donald Trump seems demonstrably willing to move on with his political future without lasting enmity towards Mike Pence.