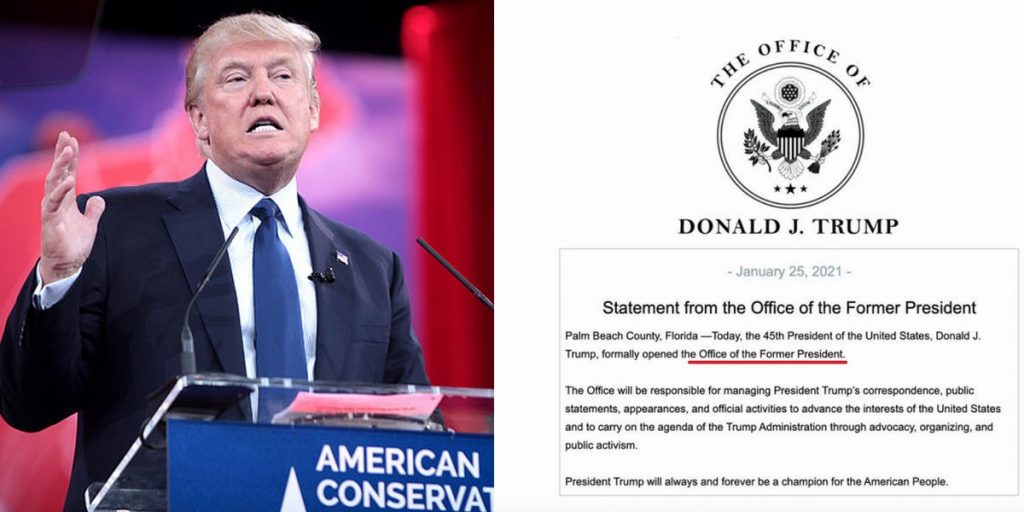 Former President Donald Trump has remained relatively quiet since the Inauguration of Joe Biden as the 46th President of the United States.

The ex-president is now issuing a message to his tens of millions of followers, whom have been cut off from direct communication with him by Big Tech giants and mainstream media outlets. 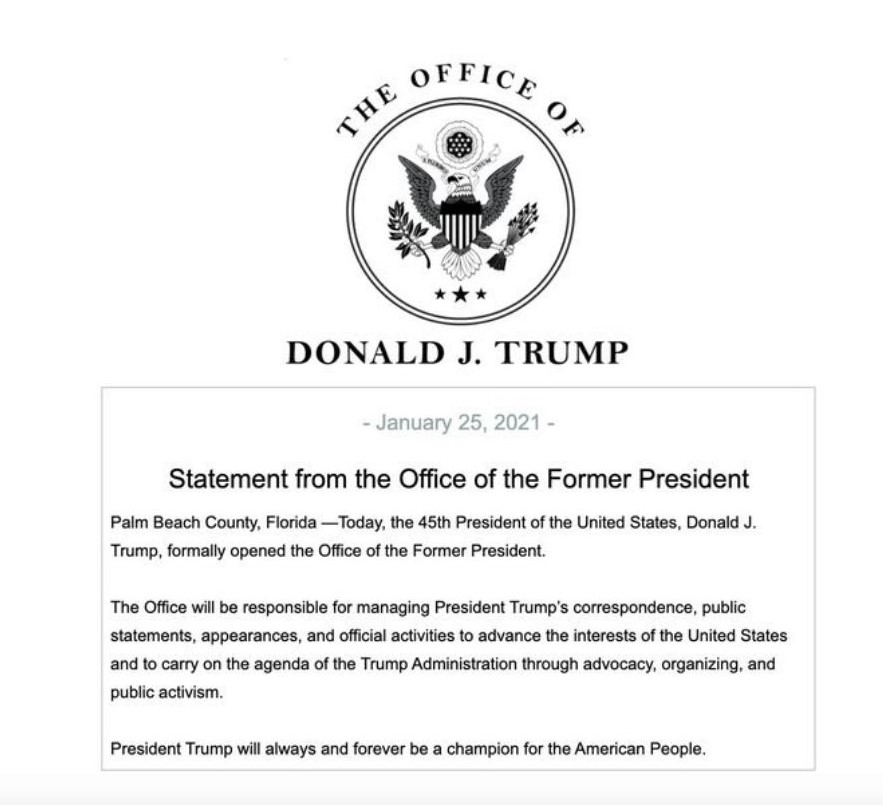 The Statement from the Officer of the Former President reads:

“Today, the 45th President of the United States, Donald J. Trump, formally opened the Office of the Former President.

“The Office will be responsible for managing President Trump’s correspondence, public statements, appearance, and official activities to advance the interests of the United States and to carry on the agenda of the Trump administration through advocacy organizing and public activism.

President Trump will always and forever be a champion for the American People.”

The former president’s new office is already forming institutions that will help Donald Trump carry out his agenda: The founding of two think tanks. As reported by Axios:

Russ Vought, who led Donald Trump’s Office of Management and Budget, plans to announce two pro-Trump organizations Tuesday, aiming to provide the ideological ammunition to sustain Trump’s political movement after his departure from the White House. […]

The Center for American Restoration and an advocacy arm, America Restoration Action, will try to keep cultural issues that animated Trump’s presidency on the public agenda, according to people familiar with the matter.

Donald Trump has also threatened to back a third party, which may be named the “MAGA Party” or the “Patriot Party” to target his political adversaries with primary challengers. Much of the former president’s agenda may hinge on Republican Senators’ decisions during the upcoming impeachment trial.