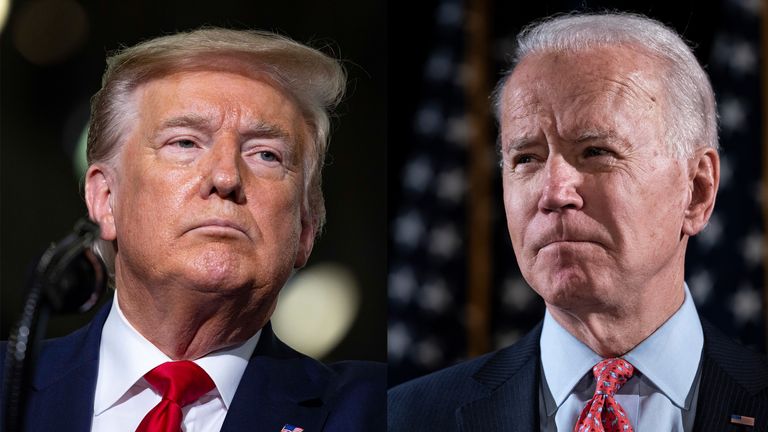 Former President Donald Trump was no fan of the War of Afghanistan. But the absolute unmitigated disaster of America’s withdrawal from the country, leaving it into the hands of the murderous Taliban after twenty years of blood, sweat and treasure spent in that Middle Eastern hellhole, has spurred Donald Trump to criticize the current president’s debacle. 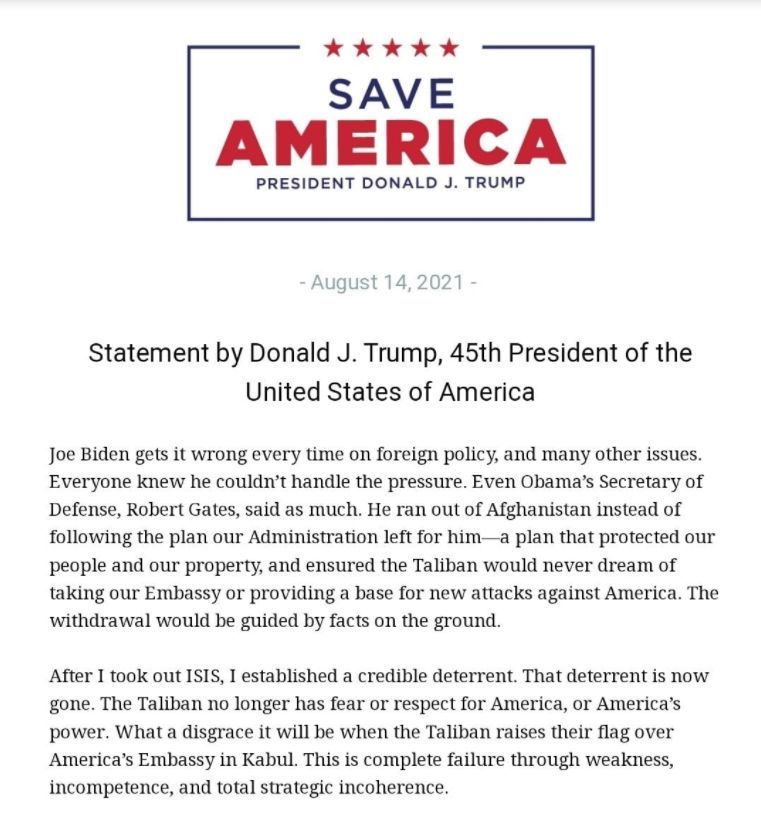 “Joe Biden gets it wrong every time on foreign policy, and many other issues,” Trump said on Saturday. “Everyone knew he couldn’t handle the pressure. Even Obama’s Secretary of Defense, Robert Gates, said as much.”

“He ran out of Afghanistan instead of following the plan our Administration left for him – a plan that protected our people and our property, and ensured the Taliban would never dream of taking our Embassy or providing a base for new attacks against America. The withdrawal would be guided by facts on the ground.”

“After I took out ISIS, I established a credible deterrent,” Trump continued. “That deterrent is now gone. The Taliban no longer has fear or respect for America, or America’s power. What a disgrace it will be when the Taliban raises their flag over America’s Embassy in Kabul.”

“This is complete failure through weakness, incompetence, and total strategic incoherence.”

The Taliban, a fanatical group of Islamists, have rapidly taken over half of Afghanistan’s 34 provincial capitals.The collapse of Afghanistan is set to be the most humiliating war-time defeat for the United States since the Tet Offensive in Vietnam, and the subsequent withdrawal.  This is now Biden’s Vietnam.

Even CNN has remaked on how the Biden administration was “caught by surprise” with the Taliban takeover of Afghanistan. Former President Donald Trump issued a statemnt on Friday putting Biden’s catastrophic presidency in perspective.

“Tragic mess in Afghanistan, a completely open and broken Border, Crime at record levels, oil prices through the roof, inflation rising, and taken advantage of by the entire world—DO YOU MISS ME YET?” he asked.