Donald Trump Reappears in Public After Impeachment Acquittal. The Crowd Erupts When They See Him. 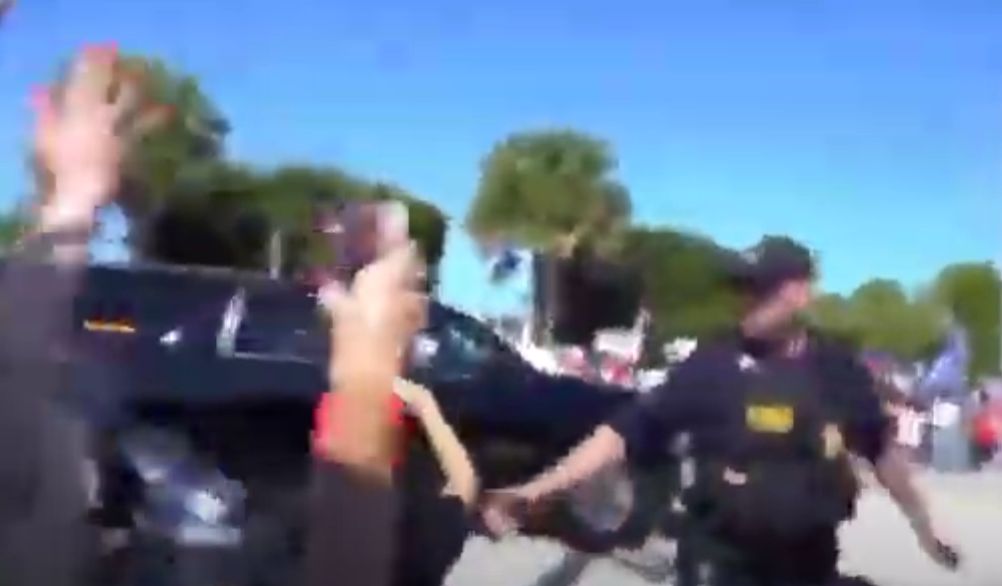 Donald Trump’s impeachment acquittal has led to his public resurrection in the political spotlight. Trump’s reemergence into public life was recently predicted. It is now already beginning.

Now acquitted in his second Senate impeachment trial, Donald Trump is preparing for the next phase of his post-presidency life.

Feeling emboldened by the trial’s outcome, he is expected to reemerge from a self-imposed hibernation in Florida.https://t.co/No8POBAcRl

The former president made an appearance when he rode by a gathering to celebrate his presidency on President’s Day in West Palm Beach, Florida.

Watch the crowd’s reaction to the president’s limo driving by the enthusiastic crowd:

“We know you won!” one lady in the crowd shouted. “Even the losers!”

The reaction on social media to the president’s first major appearance in public following the impeachment trial was overwhelming:

For those of you who missed it…

And he came by in his motorcade to thank them

(2nd part of video below)

A lady says "We all know you WON! Everybody knows YOU won… Even the losers" pic.twitter.com/X8THihKuaQ

There are more people than at Biden’s inauguration.