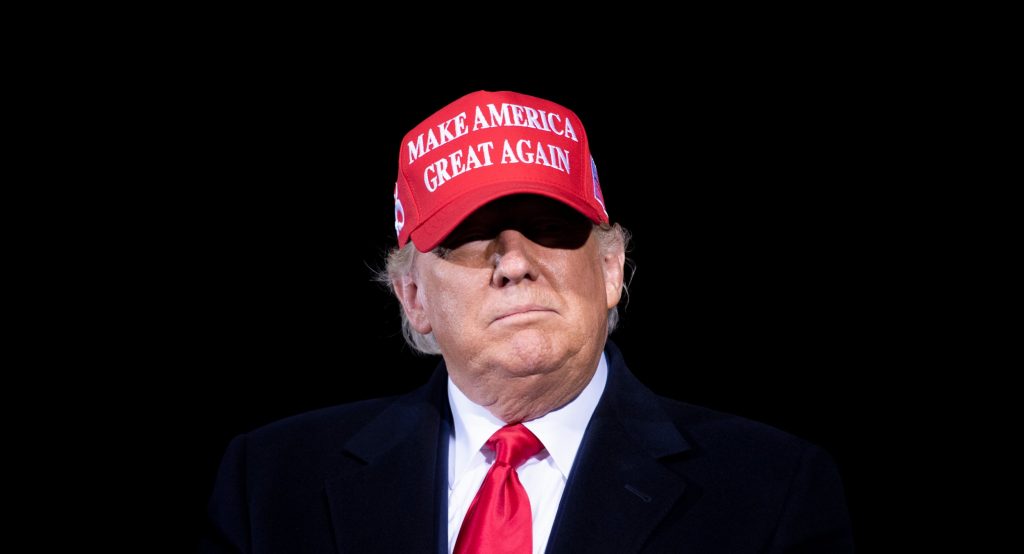 Donald Trump has released a new statement about a Reuters/Ipsos poll showing a majority of Republicans believe he is the “true president.” Even more believe the election was “stolen” and “rigged.”

“A new Ipsos/Reuters poll ‘Beliefs Among Republicans’ shows 53% believe Donald Trump is the true President (I always knew America was smart!),” Trump said. “2020 Election was tainted 56%. The Election was stolen (and Rigged!) 61%.”

Trump is referring to a new poll released on Monday that shows Republicans are not letting the 2020 election hijinx go. Reuters described the poll’s findings below:

The May 17-19 national poll found that 53% of Republicans believe Trump, their party’s nominee, is the “true president” now, compared to 3% of Democrats and 25% of all Americans.

About one-quarter of adults believe the Nov. 3 election was tainted by illegal voting, including 56% of Republicans, according to the poll. The figures were roughly the same in a poll that ran from Nov. 13-17 which found that 28% of all Americans and 59% of Republicans felt that way.

There are multiple audits going on around America, including Arizona, Georgia, and New Hampshire, due to a high degree of suspicion about the elections.

“Why aren’t Minority Leader Mitch McConnell and Republicans doing anything about what went on in the 2020 Election?” Trump asked. “How can the Democrats be allowed to get away with this? It will go down as the Crime of the Century! Other States like Arizona, Georgia (where a Judge just granted a motion to unseal and inspect ballots from the 2020 Election), Michigan, Pennsylvania, and more to follow.”

“Arizona Republican State Senators are engendering such tremendous respect, even adoration, for the great job they are doing on the Forensic Audit of the 2020 Presidential Election Scam,” he said. “Our Country is watching as early public reports are indicating a disaster, far greater than anyone had thought possible, for Arizona voters.”

A week ago, a Georgia judge allowed for futher investigation into what litigants describe as “large discrepancies” uncovered in ballot images from the 2020 election.

VoterGA.org, Garland Favorito, and another plaintiff are being allowed access to audit the phyical ballots to check if there was double counting in the 2020 election. The decision was reported as made in an ongoing hearing by Henry County, GA judge, the Honorable Brian J. Amero.

The American people are taking interest in the results of these election audits. If the reported discrepancies turn out to be further substantiated, it is the hope of many Republicans that the audits continue.