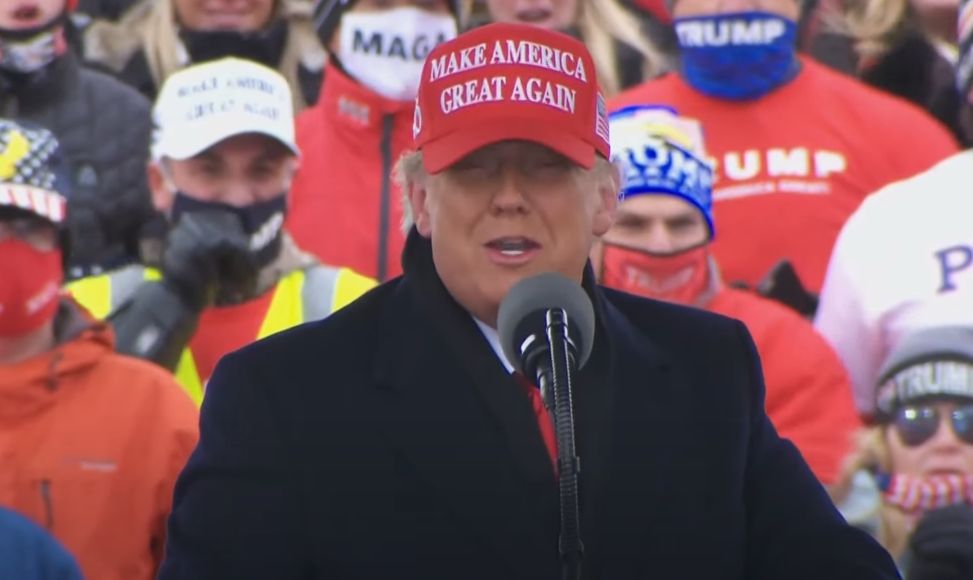 While Democratic Party and Republican establishment politicians were openly plotting the demise of their nemesis Donald Trump, the object of their mutual disdain has been quietly planning a way to remain a thorn in their side for at least a generation.

The support of a third party. The Washington Post “reported”:

Former president Donald Trump threw himself back into politics this weekend by publicly endorsing a devoted and divisive acolyte in Arizona who has embraced his false election conspiracy theories and entertained the creation of a new “MAGA Party.”

In recent weeks, Trump has entertained the idea of creating a third party, called the Patriot Party, and instructed his aides to prepare election challenges to lawmakers who crossed him in the final weeks in office, including Rep. Liz Cheney (R-Wyo.), Georgia Gov. Brian Kemp (R), Sen. Lisa Murkowski (R-Alaska) and Rep. Tom Rice (R-S.C.), according to people familiar with the plans.

The left’s reaction was rabid, violent and incidendiary:

There is no "MAGA Party"…just a bunch of fucking losers pic.twitter.com/iWcUXYeNMz

And they would have the mark of the beast on their forehead…MAGA PARTY pic.twitter.com/HLgOkJRKyv

I support the MAGA Party!

After all – doesn't it make sense to keep all the Domestic Terrorists in one place so they're easier to find?

The threat is that Trump will create a third party, the "MAGA Party," effectively splitting and dooming the GOP.

Others have talked about calling it the Patriot Party.

As in: Nice little Republican Party you have there. It would be a shame if something happened to it. https://t.co/FIyYC7yxBw

Twitter is not only letting these defamatory tweets stand — regardless that they may constitute incitement — they are letting them all “trend.” Pure hate.

But this is what regular Americans are up against, whether or not one supports President Trump. This is how the left reacts to anyone who threatens its power. They aren’t just going after former President Trump — they are going after you.