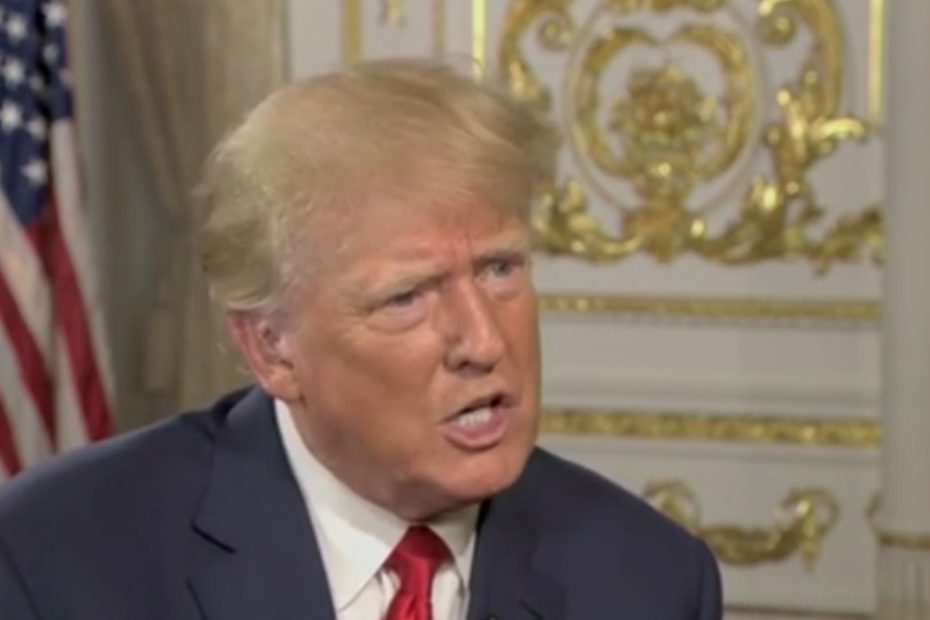 Donald Trump had an outstanding response to the question of whether or not he were a ‘conservative’ during an exclusive interview on “Hannity” this week. Watch:

“I often say, ‘Are you a conservative?’ I’m a person with common sense,” Trump said. “Strong borders, energy independence, great education, strong military — strong military, all of these things, low taxes. They’re going to double triple your taxes. It’s crazy. You know, even from a political standpoint, how crazy is it? My whole life, the man who was going to lower taxes always had, or woman, always had the advantage, right?”

“In an election today, they’re talking about openly, ‘We’re going to raise…,'” Trump continued. “How about, you’re talking about nuclear weapons, which is the biggest threat in the world today by far. And we have a president, at the United Nations today, that goes on and talks about global warming and climate change. You know, it used to be called global warming, but that wasn’t working.”

“But, I mean, we have such problems in this country,” Trump added. “And if you look at the Green New Deal, the trillions and trillions of dollars we’re spending on this, it’s like throwing it out the window.”

“A big reason, by the way, for this inflation,” he went on. “The other big reason is what they allowed to happen to energy. Energy has gone so high, so fast. It was devastating, and lifted everything else. Now, everything else has caught up.”

Former President Donald Trump continues to demonstrate why he resonates so strongly with working class Americans. His criticism of the serious problems with the Biden administration’s policies have many believing he could make another strong presidential election run in 2024, despite the ongoing lawsuits and investigations that have continued throughout his post-presidency.