Dr. Fauci Made an Obscene Amount of Money During the Covid Pandemic 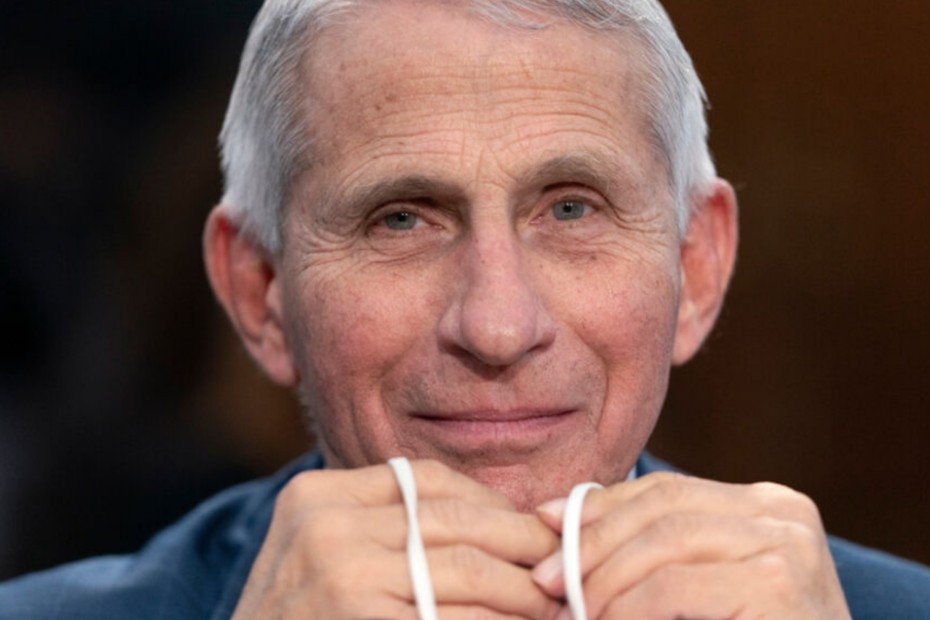 While Americans were suffering throughout the Covid-19 pandemic, Dr. Anthony Fauci saw his net worth ‘skyrocket.’

According to Dr. Anthony Fauci’s FY2021 financial disclosures from the National Institutes of Health that were surveyed by watchdog group OpentheBooks, the Fauci household’s net worth “now exceeds $12.6 million – up $5 million from 2019 through 2021.” That’s a 70% boon for the nation’s highest paid civil servant at a time when Americans have lost an average income of $4,200 a year under the Biden administration.

The financial analysis from OpentheBooks breaks down the Covid Czar’s total income streams into the following categories:

The watchdog group’s Fauci funds tracker breaks it down visually over time: 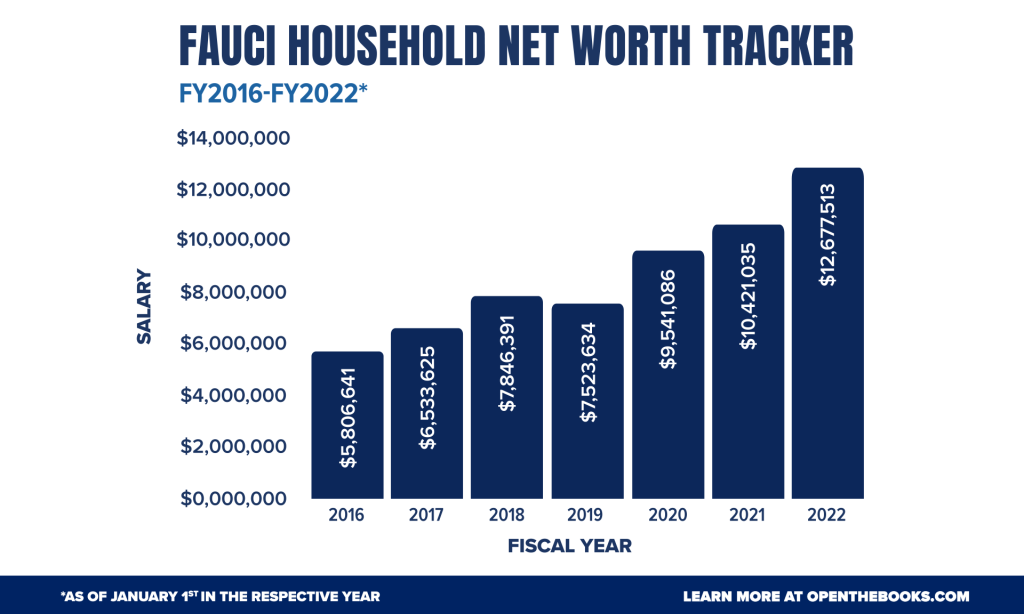 As Mel Brooks once quipped: “It’s good to be the king.”

The key insights from the report are as follows. Fauci’s investments were held in a mix of trust, retirement, and college education accounts. The top Covid doc in January 2021 received a $1 million award for the Dan David Prize for “speaking truth to power” and “defending science” during the Trump administration. In 2022, Fauci received a base salary increase up to $480,000, making him a higher paid civil servant than President Biden, although that might not be entirely unfair. Fauci’s golden parachute retirement will yield him about a $375,000 first-year pension— the highest in federal history.

The Fauci-royalties issue is a source of great controversy. It warrants a brief overview from OpentheBooks, which has filed a FOIA lawsuit to get at them.

Disclosures show that Dr. Fauci edits the medical textbook, Harrison’s Principles of Internal Medicine and serves on the board of the publisher, McGraw Hill. In 2021, Fauci received at least $100,000 as an editor of the publication.

Earlier this year, an NIH spokesperson confirmed that Dr. Fauci has an editorial board position with McGraw Hill that is approved by NIH.

Background: OpenTheBooks filed a Freedom of Information Act lawsuit to get a copy of all royalties paid to current and retired NIH scientists since 2005. When NIH ignored our lawful request, we sued in federal court (October 2021). Judicial Watch, a public interest law firm, represented us.  NIH is producing 3,000 pages of line-by-line royalty payments; however, the amount paid to each of the 2,250 individual scientists continues to be redacted.

Sen. Rand Paul (R-KY) has repeatedly confronted Dr. Anthony Fauci about royalties at the U.S., but has run up against consistent stonewalling on the matter.

“But I tell you this,” Paul warned. “When we get in charge, we’re going to change the rules and you will have to divulge where you get your royalties from, from what companies. And if anybody in the committee has a conflict of interest, we’re going to learn about it. I promise you that.”

The National Institute of Health’s recommendations for ineffective lockdowns and non-pharmaceutical interventions predictably failed to stop the near-universal spread of the virus. While many Americans lost their dreams and their livelihoods forever, the biomedical ruling class cashed in with fat royalty checks and well-placed investments in Big Pharma.

America’s medical system is now utterly broken due to the outsized influence of the career bureaucrats like Dr. Anthony Fauci. Instead of being held accountable for his failures, he profited handsomely. The nation cannot continue to tolerate such blatant corruption if it hopes to maintain a free and democratic republic.