Dr. Nicole Saphier Wrecks NYC Mayor Adams with Real Science on Masking Toddlers: ‘He Should Be Removed from Office’ 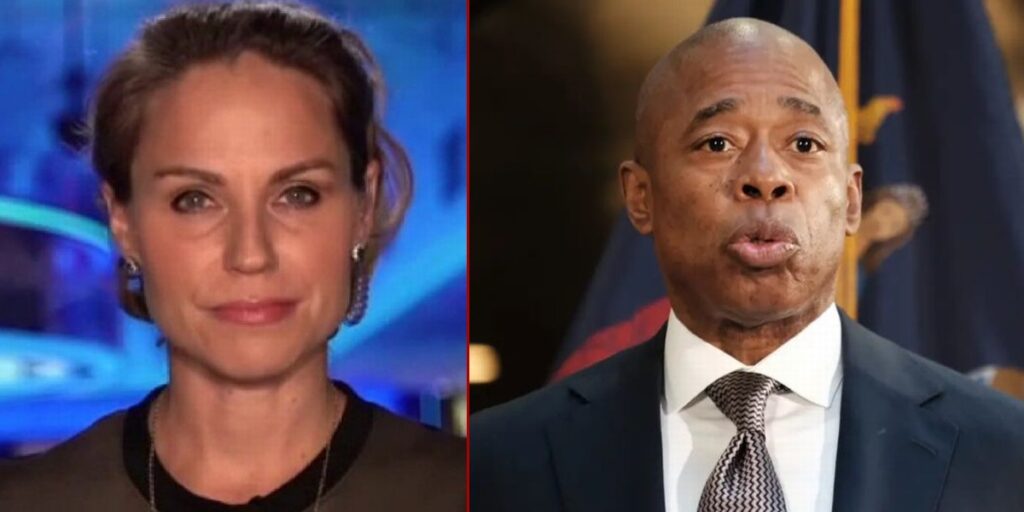 Dr. Nicole Saphier is taking New York City Mayor Eric Adams to task over his stubborn, unscientific insistence that toddlers in daycares and in pre-K schools around the city remain masked — even as adults like himself remain maskless.

The New York City area physician excoriated Adams by pointing to the latest actual science on child-masking and argued that he should be “removed from office.” Watch:

“It’s important to remember that the World Health Organization has never recommended masking children 2 to 5 years of age,” Dr. Saphier said. “In fact, they only recommend selective masking in children 6 to 12 years of age.”

“But again, CDC, American Academy of Pediatrics continues to say everyone masked two and up,” she continued. “But, thankfully, Europe continues to come out as the heroes putting forth the data on children and masking. We had the Spanish study which showed 5-year-olds who did not wear masks had no change in transmission rates when it came to 6-year-olds who were wearing masks. All they showed, the older you are, the more likely you are to spread the virus, which we’ve been saying all along.”

The Spanish study that Dr. Saphier references above is quite clear: There is no discernible difference between mask-mandate and mask-optional schools when it comes to Covid transmission. The study’s overview was summarized in a Tablet article “The Cult of Masked Schoolchildren,” published in January.

“The United States is uniquely aggressive in masking young kids,” Dr. Vinay Prasad writes in Tablet. “Contrary to scientific evidence, the Centers for Disease Control and the American Academy of Pediatrics advise that children as young as 2 should wear masks. Europe has always been more relaxed on this issue, and the World Health Organization advises against masks for kids under 6 and only selectively for kids under 11.”

“Data from Spain on masking kids is sobering,” he continued. “The figure below shows the R value—a measure of how fast the virus spreads—by age. Spain mandated masks at a specific age cutoff. If masks have a visible effect, we should see a step down in the graph at the age kids start to wear them (i.e., the spread should drop at the age masking begins). But as you can see, there is only a slow, deliberate, upward trend with no steps down. Based on the evidence only, it would be impossible to guess which age groups are wearing masks and which are not.”

“This simply means that masking was not associated with a large effect in slowing spread,” the article states, noting that kids start wearing masks in the study at age 6.

New Finnish study found that school mask mandates did not impact transmission. Well-done analysis comparing schools that adopted mask mandates to those that didn’t: https://t.co/IVtS08dl9a Nice explanation of how masking toddlers today is not following the science. It’s anti.👇🏼👇🏼 https://t.co/r7s2Zz4VZi

“New Finnish study found that school mask mandates did not impact transmission,” Dr. Makary, a Johns Hopkins professor, points out. “Well-done analysis comparing schools that adopted mask mandates to those that didn’t. Nice explanation of how masking toddlers today is not following the science,” he added,  referring to a video explanation by Prasad. “It’s anti [science].”

It has long been known to public health officials that the data supporting mask efficacy is extremely weak — and even weaker when it comes to masking children.

In November 2020, a study in the academic journal Annals of Internal Medicine cast more doubt on “policies that force healthy individuals to wear face coverings in hopes of limiting the spread of COVID-19,” the Foundation for Economic Education reported.

“The study is perhaps the best scientific evidence to date on the efficacy of masks,” FEE added.

The study was so damaging to the masking political cause that it forced the New York Times to publish a reactionary piece whose headline has to be seen to be believed.

“Researchers in Denmark reported on Wednesday that surgical masks did not protect the wearers against infection with the coronavirus in a large randomized clinical trial,” the New York Times reported.

The Centers for Disease Control and Prevention has been caught lying repeatedly about the efficacy of childhood masking. The World Health Organization does not recommend masks for children under age 6. The European Centre for Disease Prevention and Control recommends against the use of masks for any children in primary school.

Data compiled by John Burn-Murdoch of the Financial Times, based on research from Marc Bevand, show that Covid is now less lethal than the seasonal flu to young people.

Retrying that animation:@zorinaq made a brilliant chart in 2020 showing how Covid’s IFR compared to flu at different ages

I’ve used age-specific rates of infection and death (from @ONS, of course) to see how the gap has narrowed in England pic.twitter.com/hjTa3nRWJE

As if that weren’t enough to end the childhood-masking obsession, there is also data from the U.K’s Office of National Statistics that supports the seemingly counter-intuitive conclusion that childhood masking increases transmission.

ONS data showed children who “never” or “sometimes” wear masks at work or school were less likely to test positive for Covid compared to those who “always” wear them. It’s no wonder the U.K. predominately did not force children to mask at school.

In sum, children are not at statistical risk from Covid-19. Full stop. The survival rate of healthy children is on the order of 99.9995% (the infection survival rate overall is at least 99.995%). Prior to milder Omicron, Covid deaths were one percent of annual deaths for those under age 18.

The actual science has not stopped New York City Mayor Eric Adams from brazenly insisting that toddler masks stay, despite a judge slapping his order down (stayed on appeal), while pointing to a vague increase in “case” rates that nonetheless point to only a “low” risk overall.

Furious parents have lit a fire under Adams to halt his barbaric order, however, by protesting outside of City Hall last Friday with inflatable babies and angry signs. One New York City mother was even fired from her job at the Law Department for speaking “truth to power” against Adams over his mandate at a press conference.

Dr. Nicole Saphier argues that the scientific studies she references lead to the conclusion that Mayor Adams should be “removed from his job” for his gross negligence for children’s well-being.

“This tell us that here is no magic number when it comes to an age a child can or cannot transmit the virus, but that there is no strong evidence to show school mask mandates of children wearing masks actually has any effect on transmission,” she said. “Children should not be masked and the New York City mayor who is continuing to mask toddlers–it is upsetting and negligent and he should be removed from office at this point because he’s making these points without any data to back it up. It will only cause harm.”

If only this mattered to the hysterical, scientifically illiterate Covid fanatics who continue to support inhumane policies like child-masking.

The CDC Director Gets Brutal Reality Check: Mask Study on Schoolchildren is Exposed as Fake