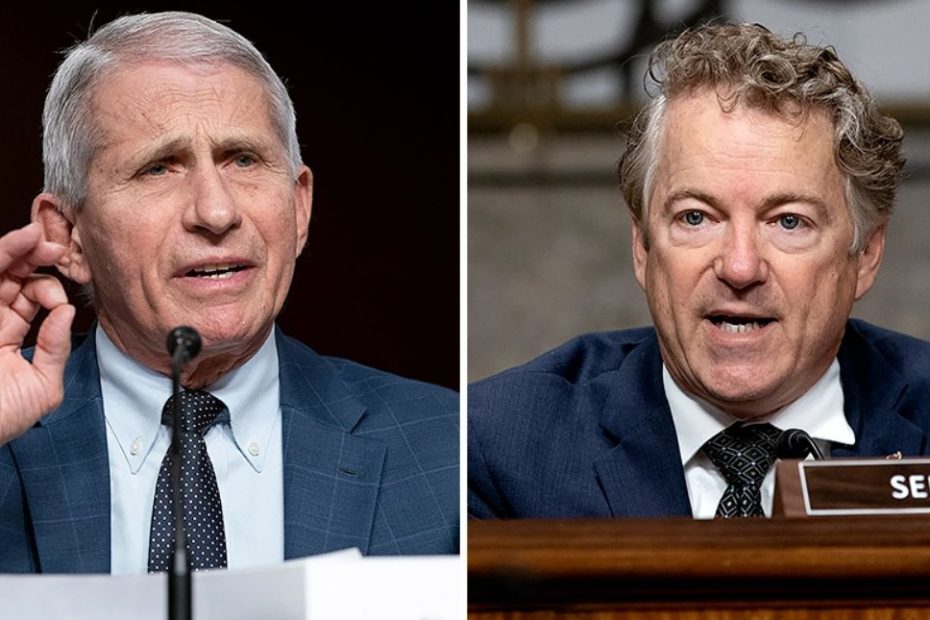 Dr. Anthony Fauci has finally announced that he will retire by the end of the year. The timing of Fauci’s retirement in December has prompted many of his critics and even his admirers to note that this would be only weeks before a cranky, adversarial GOP is likely set to take over control of the House.

“I am announcing today that I will be stepping down from the positions of Director of the National Institute of Allergy and Infectious Diseases (NIAID) and Chief of the NIAID Laboratory of Immunoregulation, as well as the position of Chief Medical Advisor to President Joe Biden,” Fauci said in his announcement. “I will be leaving these positions in December of this year to pursue the next chapter of my career.”

Former President Donald Trump’s son, Donald Trump Jr., speaks for many on the right with his belief that Dr. Fauci is retiring merely to avoid accountability before a hostile and critical House of Representatives intent on grilling him over his dubious actions and fallacious ‘guidance.’

“Dr. Anthony Fauci, the US’s top infectious disease expert who has seeming been wrong about everything since the AIDS epidemic, says he will retire by the end of the year likely to avoid being questioned by a GOP controlled house on how he got everything so wrong for so long!” DTJ said on Twitter.

But even Dr. Fauci’s admirers believe he is departing earlier than otherwise planned because the prospects look grim for his fawning Democratic Party allies to hold onto control of the House of Representatives that has shielded him from scrutiny.

“I think he’s probably frustrated with how much politics has polluted the work that he has to do,” Dr. Reiner, a CNN Medical Analyst, said in an interview otherwise loaded with glowing praise for Fauci. “He’s not just a scientist and chief medical advisor to the president, but the world in which he lives has been incredibly politicized. You know, just last week, there were members of Congress telling him to clear his calendar when the House changes majorities so that he could testify… pretty much, you know, full time, the concept of doing that has to be very, very unappealing for him.”

But it’s not just the House of Representatives that is interested in Fauci ‘clearing his schedule,” as Senator Rand Paul (R-KY) made unmistakably clear on Monday morning.

Dr. Rand Paul, a Senate nemesis of Dr. Fauci, has done more than harrass the NIAID chief during Senate testimony. In July 2021, Sen. Paul announced that he was seeking a criminal referral for Fauci. He also vowed payback for Fauci after the midterm elections for misleading Congress about the SARS-CoV-2 virus’s origins.

“I will be chairman of a committee in the Senate. We will use the subpoena power to bring forth all the records,” he said.

“Right now they send us records. If we ask about their discussions, covering up where the virus came from, its origins in the lab, they white it all out,” he added.

In February, Dr. Paul promised a full investigation of Dr. Anthony Fauci and his activities as the nation’s top Covid doc.

“If we win in November, if I’m chairman of a committee, if I have subpoena power, we’ll go after every one of [Fauci’s] records,” Paul said in an interview with conservative podcast host Lisa Boothe. “We’ll have an investigator go through this piece-by-piece because we don’t need this to happen again.”

In a December interview with his father Ron Paul, a lifelong fighter for liberty in the United States, Rand Paul made his view of Fauci’s mishanding of the Covid pandemic clear.

“All these blue state governors listen to him and think that it’s science to close a restaurant at 10 o’clock at night or to say that we have to have 25 percent of patrons,” he said.

“There’s no evidence that any of the mitigation, any of the rules, and mandates changed the trajectory of the virus at all,” he added.

Senator Paul has got into a number of charged confrontations in the Senate with Dr. Fauci, particularly over the matter of NIH gain-of-function funding.

EcoHealth Alliance documents released in 2021 showed that Dr. Fauci’s heated denials about NIAID funding the Wuhan Institute of Virology were proven to be false.

Dr. Richard Ebright, Board of Governors Professor of Chemistry and Chemical Biology at Rutgers University, lays out how the new documents show that Dr. Fauci was “untruthful” about funding gain-of-function research.

The materials confirm the grants supported the construction–in Wuhan–of novel chimeric SARS-related coronaviruses that combined a spike gene from one coronavirus with genetic information from another coronavirus, and confirmed the resulting viruses could infect human cells…

…and thus not only was reasonably anticipated to exhibit enhanced pathogenicity, but, indeed, was demonstrated to exhibit enhanced pathogenicity. The materials further reveal that the the grants also supported the construction–in Wuhan–of novel chimeric MERS-related coronaviruses that combined spike genes from one MERS-related coronavirus with genetic information from another MERS-related coronavirus. The documents make it clear that assertions by the NIH Director, Francis Collins, and the NIAID Director, Anthony Fauci, that the NIH did not support gain-of-function research or potential pandemic pathogen enhancement at WIV are untruthful.

One thing appears to be certain: If the Republicans do manage to take over the Senate, there is at least one senator who will be on the warpath. That would be Kentucky Senator Rand Paul.