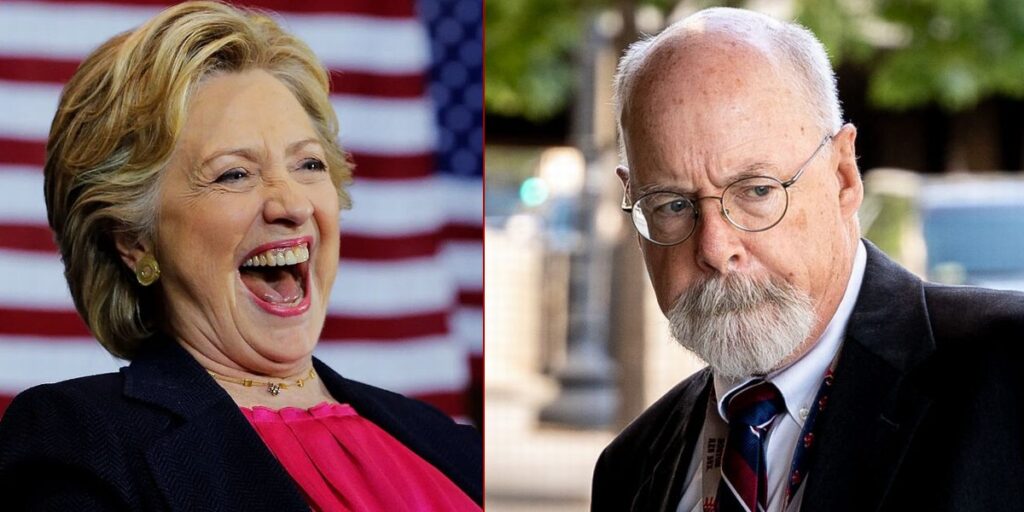 The tough news for those seeking accountability for one of the most damaging hoaxes ever carried out against the American people was delivered by the Washington Post.

“A federal jury found Michael Sussmann, a lawyer for Democrats including the Hillary Clinton presidential campaign, not guilty of lying to the FBI when he brought them allegations against Donald Trump during the 2016 presidential race,” the Post reported. “Tuesday’s verdict was a major setback for Special Counsel John Durham, who was appointed during the Trump administration and has spent three years probing whether the federal agents who investigated the 2016 Trump campaign committed wrongdoing.”

“Sussmann was the first person charged by Durham to go to trial,” the Post added. “Another person charged in the investigation is due to face a jury later this year.”

The case was recently discussed by The Federalist‘s Margot Cleveland.

“Sussmann, who is in the middle of week two of his trial in a D.C. federal court, was charged last fall in a one-count indictment with lying to [FBI General Counsel James] Baker when he provided Baker two flash drives and several ‘white papers’ purporting to establish the existence of a secret communication network between the Russian-based Alfa Bank and the Trump Organization,” the story notes.

“According to prosecutors, Sussmann lied to Baker when he claimed during their September 19, 2016, meeting that he was presenting this information to help the FBI and not on behalf of any client,” the story continues. “In truth, though, the government maintains that Sussmann represented both the Clinton campaign and Joffe when he met with Baker and provided the supposed Alfa Bank intel.”

“Prosecutors working for the special counsel’s office closed their case-in-chief earlier this week, after presenting about a dozen witnesses,” the story added. “Those included Baker, who testified that he was ‘100 percent confident’ that Sussmann had claimed during their September 19, 2016, meeting that he was not there ‘on behalf of any particular client’.”

However, Sussmann had acted on behalf of the Clinton campaign. He even billed the campaign on the day of the Baker meeting.

“Billing records presented by the prosecution in Michael Sussmann’s false-statement trial indicate that Sussmann charged the Clinton campaign for work on the day he met with then-FBI general counsel James Baker in 2016 to present evidence of alleged backchannel communications between the Trump Organization and Russia’s Alfa Bank,” National Review reported.

Donald Trump exploded at the court testimony’s revelations proving that the Clinton campaign had set him up.

“This is one of the greatest political scandals in history,” Trump told Fox News in May. “For three years, I had to fight her off, and fight those crooked people off, and you’ll never get your reputation fully back.”

“Where do I get my reputation back?” Trump asked.

Editor’s note: This article’s headline corrects that it was a “federal jury” that rendered the verdict.

Top House Republican: ‘We are Going After’ FBI & Clinton for Spying on Trump Based on ‘Explosive’ Durham Memo