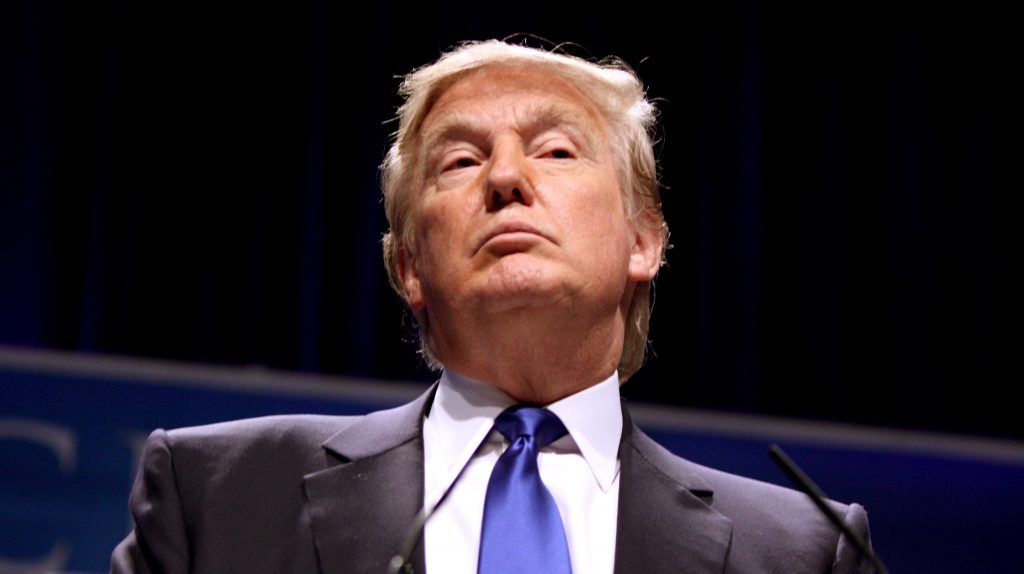 House Democrat impeachment managers are certain to rehash several lies in the course of the Senate impeachment trial of Donald J. Trump.

If convicted of a “high crime and misdemeanor,” Donald Trump may be disqualified from running for higher public office ever again.

Here are ten of the biggest myths and lies the Democrats and their media allies have pushed in order to accuse the former President of the United States of having “incited an insurrection.”

Representative Alexandria Ocasio-Cortez claimed that objections from Republican senators, and specifically that of Senator Ted Cruz, put her life in danger.

This is what she wrote to Cruz in response to an offer of bipartisan cooperation:

“I am happy to work with Republicans on this issue where there’s common ground, but you almost had me murdered 3 weeks ago so you can sit this one out,” she tweeted in response to Cruz’s agreement on political issue. “Happy to work w/ almost any other GOP that aren’t trying to get me killed. In the meantime if you want to help, you can resign.”

The Congressional members were evacuated to the nearby Cannon building’s offices through a series of tunnels. This includes Rep. Ocasio-Cortez and Rep. Nancy Mace, who attested to their evacuation and actual location during the siege. There are a number of verifiable oddities about the capitol breach that run contrary to the narrative that Congress members were in imminent danger of being killed.

The Capitol police held the doors open for protesters who mainly walked around and took pictures. There were even suspect actors who were allowed to traipse into the chamber and deliver speeches while capitol police waited politely outside. If the Congressional members’ lives were truly in danger, the police would have been compelled to act or face charges of professional and even criminal negligence.

There is also now no direct evidence of “capture and kill” teams, contrary to early reports.

A Capitol Police chief warned the Congress about an imminent pre-planned attack six times, but was denied more security. The Washington Post reported:

Two days before Congress was set to formalize President-elect Joe Biden’s victory, Capitol Police Chief Steven Sund was growing increasingly worried about the size of the pro-Trump crowds expected to stream into Washington in protest.

To be on the safe side, Sund asked House and Senate security officials for permission to request that the D.C. National Guard be placed on standby in case he needed quick backup.

“We knew we would have large crowds, the potential for some violent altercations,” he added.

The responses from the House’s and the Senate’s respective Sergeant at Arms were reckless at best:

Thus, an emergency could have been declared before the riot broke out. Instead, the message to the Capitol Police and the National Guard: Keep the presence light and the security passive. The Capitol Police chief as well as the House and Senate Sergeant at Arms have since resigned.

4. There were no Antifa agitators at the capitol siege

There were numerous credible reports, including one by America’s foremost war correspondent, that Antifa infiltrators were mingling in the crowd. John Earle Sullivan, a pro-Antifa/pro-BLM radical activist, was charged for his role in inciting the riot, which he documented himself. There were also videos taken of protesters at the scene changing out of black clothes into MAGA gear during the capitol siege. The majority of capitol rioters appear to have been a mix of Proud Boys, Oath Keepers, and various far-right extremists.

5. Trump supporters are still a domestic threat to America

Despite repeated breathless claims that Trump supporters were threatening the very existence of America’s constitutional republic, there was barely any protest at the country’s 50 state capitols or the nation’s Capitol during the Biden Inauguration.

“More than a dozen states also mobilized National Guard troops in preparation for the potential unrest,” hard left publication Slate noted. “Yet, those threats failed to materialize on Inauguration Day.”

Meanwhile, there have been a number of riots and protests, including one at the nation’s capitol this weekend where far-left extremists threatened to burn the capitol down.

6. 2020 elections were free, fair and legitimate

There were a number of sweeping election changes made to the 2020 election that were not passed as required by the U.S. Constitution.

These unlawful changes include changing mail-in ballot and absentee ballot laws without a vote by the state legislature, accepting ballots after the election day, and changing signature witness requirements without passing a new election law. Election laws must be passed through the legislatures in order to be valid. The Constitution makes this perfectly clear.

Fraud in an election. What is fraud? There’s criminal fraud, there’s civil fraud, what happens when a state abandons completely its constitution? The Supreme Court of that state conducts itself lawlessly? Is that fraud?

So, what did the Democrats do? They said, well you know what, we have a good idea, a few months before the election, they said, yes, no signatures required, you don’t need signature comparisons, you don’t need a postal date, and if the postal date is smudged, you are to count it anyway, oh and yes, even though election day ends on Tuesday at 8pm ET, we are going to extend it to 5pm ET on Friday.

They had no legal or constitutional basis for doing any of that.

So they violated Article II Section 1 Clause 2 of the United States Constitution which leaves the power to the state legislature to make the election laws.

7. The president’s claims election was “stolen” were dangerous

Donald Trump’s claims that the election was “stolen” are not extraordinary, even by modern standards. Hillary Clinton had made the contention numerous times in the previous four years without a whiff of media complaint.

“There was a widespread understanding that this election [in 2016] was not on the level,” Clinton said during an interview in October 2020.

“There’s just a lot that I think will be revealed. History will discover,” the Democratic candidate continued. “But you don’t win by 3 million votes and have all this other shenanigans and stuff going on and not come away with an idea like, ‘Whoa, something’s not right here.’ That was a deep sense of unease.”

Clinton even mirrored Trump’s language on a different occasion.

“You can run the best campaign, you can even become the nominee, and you can have the election stolen from you,” she said at an L.A. event in 2019 to cheers.

Hillary Clinton even flatly called Donald Trump an “illegitimate president” in 2019. The Democrats who agreed with Clinton or said nothing about her rhetoric now say Trump’s similar language is “dangerous.” It doesn’t hold water.

This point is almost too ridiculous to rebut. 237 rioters were charged for breaching the capitol building. Those are the people who are responsible. Senator Tim Scott had a pointed response on this contention.

“The one person I don’t blame for that situation is President Trump,” he added.

“I don’t blame the non-violent protesters outside,” he continued. “I blame the individuals coming in the chamber. Coming in the building. And so the Democrats should put the blame where it stands, where it should be, and it does not, does not have to do with a president that said ‘go peacefully’ and protest.”

Rep. Ted Lieu is an impeachment manager. He has made the assertion that Donald Trump attempted a “coup.”

The Washington Post rightly notes the definition of a coup:

“[A]n explicit action, involving some portion of the state military, police or security forces, undertaken with intent to overthrow the government.”

The President of the United States at the time was the Commander-in-Chief and head of the executive branch. He did not commit a “coup” against himself. He did not send in the military, as in Myanmar, and seize power. The rioters who the media argue committed the coup were unarmed, and the only serious violence within the capitol building was the shooting of a Trump supporter.

The violence outside the capitol was between police and the rioters. If this is the definition of an “insurrection,” then violent Black Lives Matter activists and Antifa are “insurrectionists.”

The Capitol riots were not an “insurrection” or a “coup.”

President Trump, according to the evidence and basic reasoning, could not have “incited” the attack. The website Just the News explained it in a piece:

Growing evidence of advance planning and coordination of the Jan. 6 storming of the Capitol undermines claims that the rioters were responding spontaneously to former President Trump’s speech to supporters about a mile and a half away, according to legal and intelligence experts.

The now-resigned Capitol Police chief inexplicably was turned down six times in his requests that the security be increased. The intelligence, given at least three days prior to the attack, indicates that the pre-planned riot could not have been “incited” by former President Trump’s speech.

It also appears that the Trump “incitement” narrative was set at least nine months in advance. As an explosive Time article shows:

This was more than enough time for advance warning, which would subsequently be ignored by the Congress prior to the anticipated Electoral College objections. Furthemore, bombs placed at the RNC and the DNC buildings the night before the capitol building attack, a classic diversionary tactic, demonstrate all the hallmarks of a pre-meditated operation.

Thus, impeachment claims to this point are moot and are fallacious cases of post hoc ergo propter hoc reasoning, which is Latin for “after this, therefore because of this.”

The Democrats’ arguments fail on the facts. They also fail to hold up to the most elementary scrutiny. And they fail to demonstrate any valid reason warranting the impeachment conviction of Donald Trump.