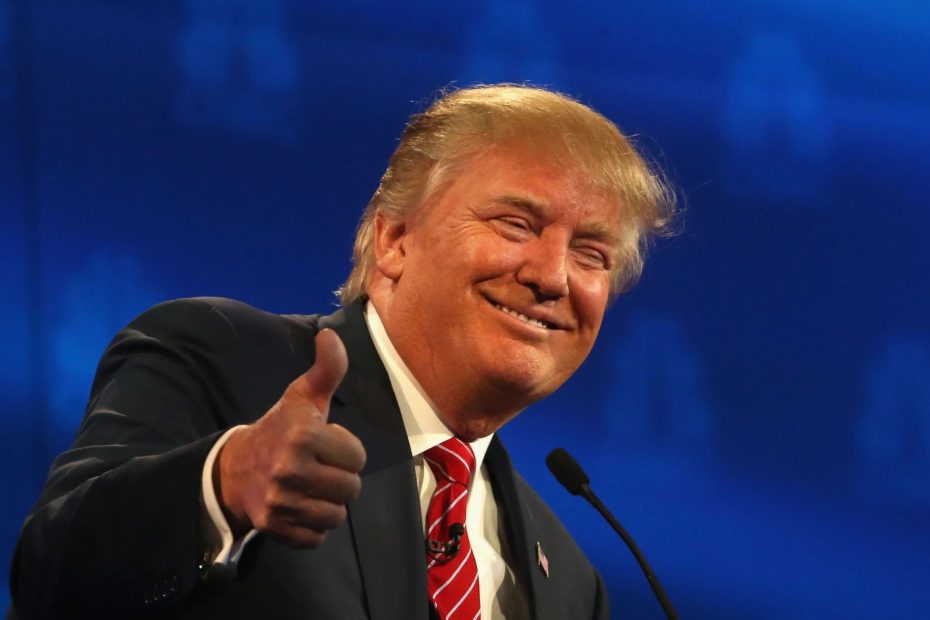 Donald J. Trump, 45th President of the United States, reacted to a Florida court’s unsealing of the FBI’s search warrant affidavit, which turned out to be heavily redacted. 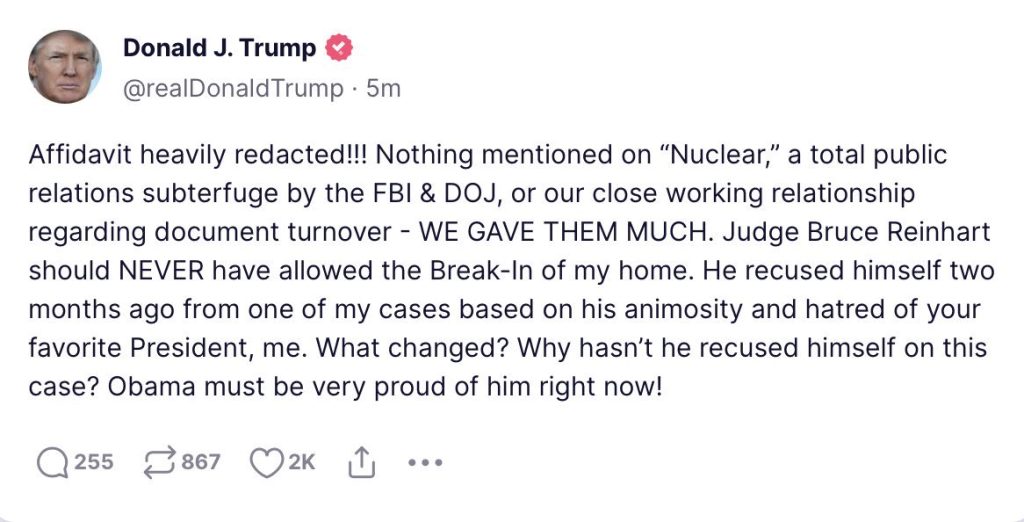 “Affidavit heavily redacted!!!” Trump said on Truth Social. “Nothing mention on ‘Nuclear,’ a total public relations subterfuge by the FBI & DOJ, or our close working relationship regarding document turnover — WE GAVE THEM MUCH.”

“Judge Bruce Reinhart should NEVER have allowed the Break-In of my home,” he added. “He recused himself two months ago from one of my cases based on his animosity and hatred of your favorite President, me. What changed? Why hasn’t he recused himself on this case? Obama must be very proud of him right now!”

Donald Trump also mocked the release of the ‘heavily redacted’ search warrant affidavit with four words that the FBI ‘forgot.’

The Washington Post ‘reported’ three days after the Trump raid that the FBI was allegedly searching for classified materials related to the United States’ nuclear weapons program.

A day later, Donald Trump unloaded on the alleged ‘bombshell’ reports that he allegedly hid classified nuclear weapons documents at his Mar-A-Lago home for over 18 months after leaving his office.

The Department of Justice, nor the FBI, have substantiated that there were “nuclear secrets” among the documents seized at Mar-a-Lago, although it has now reported that 184 documents with ‘classified’ markings were in the “fifteen boxes” taken from the residence. The Trump legal team has argued that the former president had a standing order that the documents taken to his home had already been ‘declassified.’