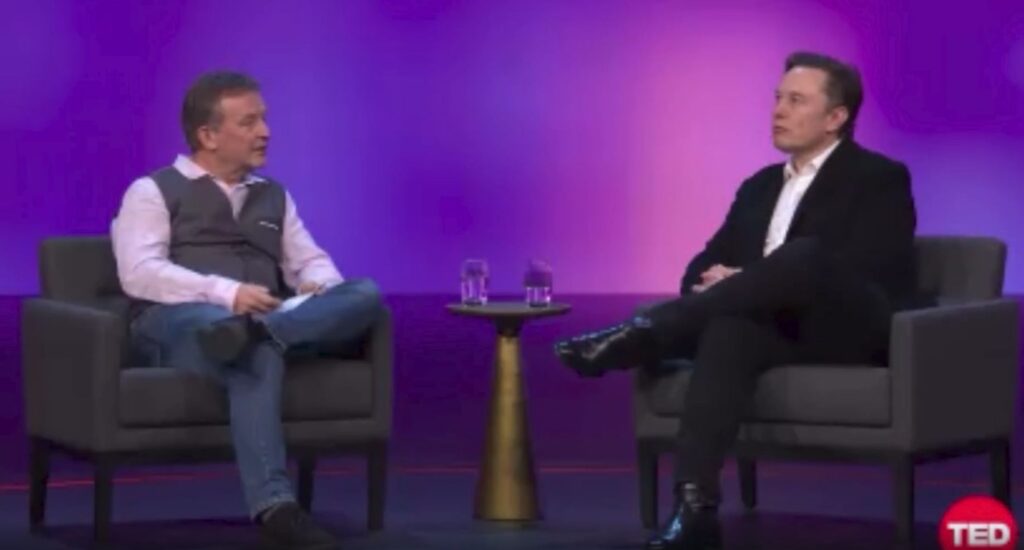 Elon Musk, CEO of Tesla and SpaceX, officially made an offer to take over Big Tech giant Twitter on Thursday. But after major shareholder Saudi Sheikh Al Waleed rejected Elon Musk’s bid of $54.20/share, significantly higher than the Goldman Sachs appraised target price of $30/share, the entrepreunerial billionaire revealed at a TED conference on Thursday that there is a ‘Plan B.’

“Twitter has become kind of the de facto town square,” Musk said. “So it’s really important that people have both the reality and the perception that they’re able to speak freely… so there’s no sort of behind-the-scenes manipulation, either algorithmically or manually.”

“My strong intuitive sense is that having a public platform that is maximally trusted and broadly inclusive is extremely important to the future of civilization,” Musk continued. “I don’t care about the economics at all.”

Musk was asked about what would happen if the Twitter board denied his purchase offer. “Is there a plan B?” he was asked.

“There is,” Musk said during the TED appearance in Vancouver.

However, Musk acknowledged Thursday he is “not sure” if he’ll actually be able to buy Twitter outright. Twitter confirmed it had received his bid, but the board must still review his offer. Musk had underscored that the offer would be his “best and final” one.

Musk also made it clear that the reason he is moving to take over his Twitter is because he is a free speech absolutist who believes that it is necessary for the future of civilization.

Twitter’s board is reportedly weighing a “poison pill” strategy to prevent Elon Musk from significantly increasing his stake in the company, the Wall Street Journal reported. This defensive strategy, also called a “shareholders rights plan,” complicates hostile takeovers and makes them more expensive for the buyer.

One “poison pill” strategy would allow existing shareholders to purchase additional shares at a discount, which would then effectively dilute the ownership stake of the hostile party.

However, Twitter’s board has a legal obligation to do what’s in the best interest of shareholders. If Twitter fails to do so, the company can be sued. After such a lawsuit, the stock will crash, and Twitter will be even more ripe for the hostile takeover. It’s a lose/lose proposition for Twitter.

Elon Musk has clearly thought things out. The shareholders can either be bought out at $54.20 a share or they can be bought out a significant discount. The billionaire entrepreneur with a 190 IQ is playing chess and the lightweights that run Twitter are playing checkers.

It’s no wonder Twitter isn’t a very profitable company. Its goal isn’t profit maximization: It is controlling public discourse. The jig may soon be up — if Elon Musk has anything to say about it.