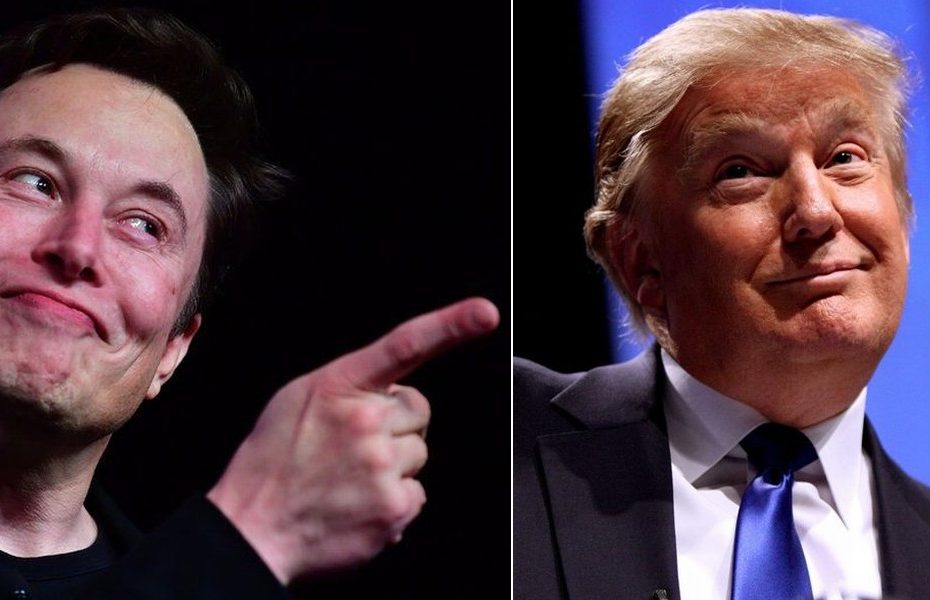 “Reinstate former President Trump,” Musk asked. “Vox Populi, Vox Dei,” he added, which is Latin for “the voice of the people is the voice of God.” This means that the people’s decision would determine the outcome.

The rogue tech CEO’s poll burned up Twitter, leading to over 10 million votes. This would put the tweet squarely in one of the biggest polls of all time.

The poll showed that 52.3% of those on Twitter said ‘yes,’ while 47.7% said no. Much like swing state elections, it looks like a flood of late votes came in from bots and spam accounts.

“Dems are going to need to stop the count so they can haul in some mail-in votes,” I jested on Twitter. At the time, the poll results were 64% in favor of Trump’s return and 36% against.

“Hold up, Maricopa just dropped another batch,” I added when the favorable votes had dropped to 55.9% and the negative votes spiked to 44.1%.

Other users caught onto the joke and added their own feedback.

Mass ballots showed up overnight in the dark. pic.twitter.com/NxZqyiX7Dd

“Mass ballots showed up overnight in the dark,” Aeron said, noting the 52% to 48% split.

Musk mentioned that the poll was under a ‘bot attack.’

The bot attack is impressive to watch!

“The bot attack is impressive to watch!” Musk remarked.

Users also noted that the ‘no’ vote surge was likely the result of a ‘bot attack.’

exactly this poll was to study bots

“[E]xactly this poll was to study bots,” another responded.

No, but Elon already mentioned the bot attack. As of now, I’d guess that 30-40% of the “no” votes are bots. But it is not surprising. Democrats always try to rig the system when they aren’t winning by following the rules.

“No, but Elon already mentioned the bot attack,” one user responded to a Trump critic. “As of now, I’d guess that 30-40% of the ‘no’ votes are bots. But it is not surprising. Democrats always try to rig the system when they aren’t winning by following the rules.”

It will be interesting to see the ultimate results of this poll after the remaining hours play out.

In any event, Donald Trump has said that he would not come back to the platform, preferring instead to use Truth Social; however, the circumstances have changed.

There is a new Twitter sheriff in town named Elon Musk, and Donald Trump has a 2024 political campaign to run. It would be a lost opportunity for the former president to leave such a megaphone as Twitter on the table, not to mention how much more fun the platform would be.

The president originally had his Twitter account “permanently” suspended for alleged concern about the “risk of further incitement of violence.” The permanent suspension was announced two days after the January 6 riot.

Twitter employees were tasked with carrying out a review of the president’s tweets that were purportedly the cause of his suspension. As one source told Becker News, the grounds for his suspension rest on a “very narrow” and “thin” line-of-reasoning. 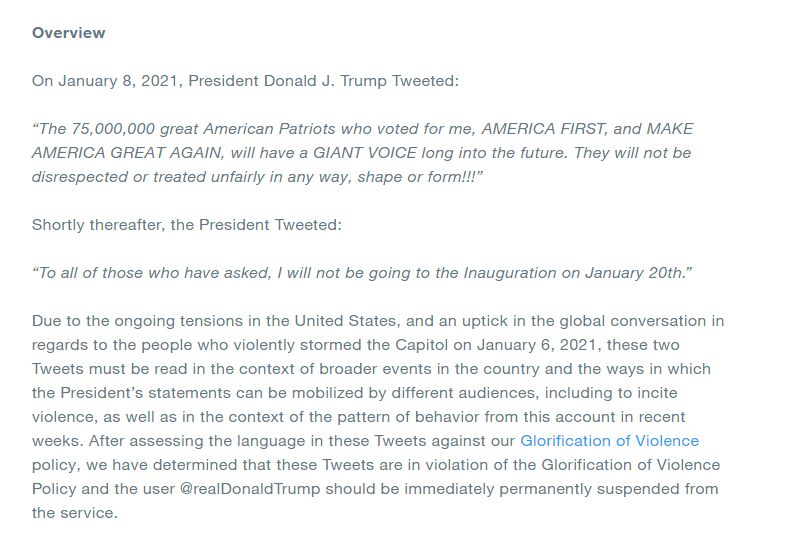 However, as can clearly be seen above, these tweets that have nothing to do with violence. It was, and still is, Woke nonsense that Trump is not allowed on the platform. Perhaps, Elon Musk will change that.