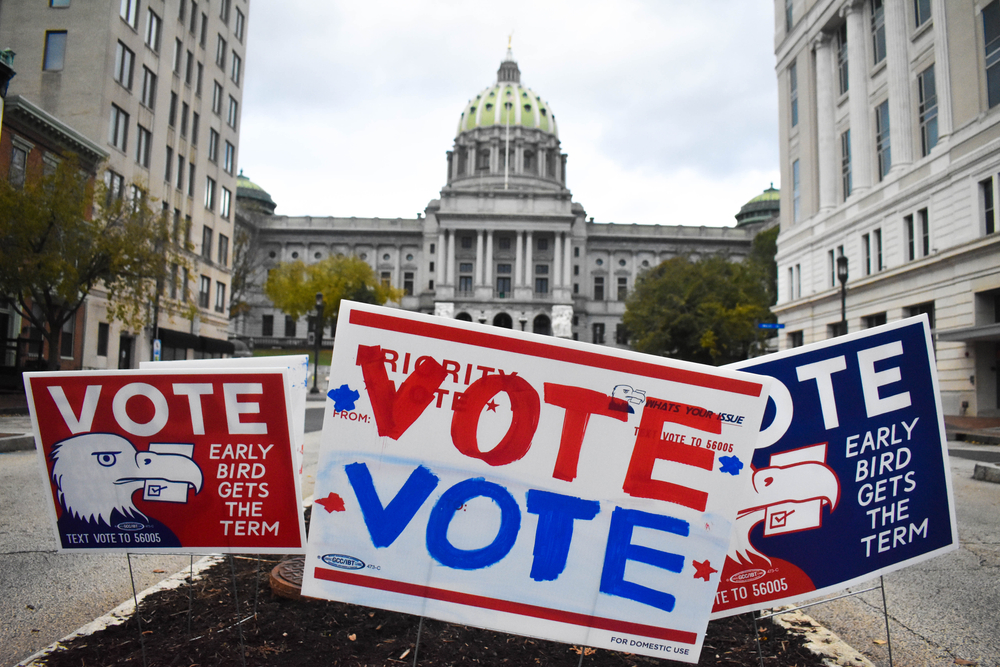 A 2020 elections review commissioned by the Republican National Committee that has been underway for months has been finally released. Its results are certainly eye-opening.

The ‘exclusive’ report found widespread abuse of the electoral process, particularly by the Democratic Party, to implement politically biased and sub-standard measures by exploiting the pandemic conditions for partisan gains. Measures were implemented, in some cases unconstitutionally, that weakened election integrity in several states and threaten U.S. elections moving forward if not removed immediately.

“Chairwoman McDaniel tasked the Committee to study voting issues and make recommendations that will restore election transparency and integrity and ensure that votershave confidence in future elections. A major component of this was to evaluate what went right and what went wrong during the 2020 election in order to build on successes and improve in areas of weaknesses,” the report said.

“The Committee’s policy recommendations can best be grouped into two major categories,” the report continued. “First, the Committee strongly advocates for policies that protect and promote transparency at all stages of the voting process. Second, the Committee emphasizes the need for states to enact policies that prevent, detect, and document problems, irregularities, and illegal voting at all stages of the election process but that are simultaneously minimally burdensome.”

“The Committee’s recommendations include that the RNC refashion its internal election integrity efforts, which have been more focused on ‘Election Day,’ and transform it into a permanent and year-round effort that encompasses engaging in policymaking, litigation,ongoing oversight of election officials, monitoring the ever-expanding election calendar, and being prepared for critical post-election events like recounts and election contests,” the report added. “The recommendations also focus on the need to utilize all facets of the party’s apparatus to promote election integrity, including the party’s political, legal, data, and communications resources.”

“Finally, the Committee recognizes the need to cooperate with and learn from other like-minded groups at the national level and grassroots organizations at the state and local levels,” it said. “The Committee’s work is just the beginning, and it hopes that the research, findings, andrecommendations in this report will play a meaningful part in the efforts to ensure trust,confidence, and integrity in the election process for years to come.”

Specifically, the pandemic was exploited by the Democratic Party to implement mass mail-in ballots, which have been long recognized around the world as an invitation for election fraud.

“Unsurprisingly, when evaluating the 2020 election, the Committee found that the COVID-19 pandemic was the most impactful issue,” the report said in its findings. “The pandemic brought chaos and comprehensive changes to voting processes beginning in the spring primaries and lasting through the post-election process.”

“However, Democrats, including some public officials, used the pandemic as a pretense to achieve long-sought policy goals such as expanded mail voting and the elimination of key safeguards, specifically for absentee voting, such as witness and ID requirements,” the report’s findings continued. “One of the worst examples is the automatic mailing of ballots to voters who did not request them, including in states such as New Jersey and Nevada that had no tradition of heavy absentee voting and were unprepared to scale up their processes. Another example was how state courts ignored laws enacted by their legislatures such as ballot delivery deadlines. Utilizing emergency powers and the courts, the Democrats attempted, with some success, to tear down these key safeguards that give Americans confidence in our elections.”

“The pandemic also impacted the ability to observe the elections process,” the report also said. “The Committee understands the need for social distancing, but officials were often far too aggressive in restricting access of poll watchers and observers. Poll watcher access has been a longstanding issue, and COVID exacerbated it considerably. It is also clear that officials watered down verification processes in order to handle the influx of absentee ballots. This included lowering review standards for counting ballots and insufficient ballot duplication procedures. This easing of standards combined with a lack of observer access to the processing and counting of absentee ballots could not have coincided at a worse time.”

“The 2020 election also uncovered several festering problems and weaknesses in our electoral system that were not specifically attributable to COVID and need to be fixed,” the report added. “Chief among these are ongoing failures of states to clean up their voter rolls and security vulnerabilities in election voting systems and infrastructure. There continue to be ongoing problems with a lack of public access to important election records and data. This is information the public deserves and officials have no good reason to withhold.”

“It is clear there must not be a repeat of what happened in the 2020 election,” the review concluded.

As the Washington Examiner noted, the following are the committee’s top recommendations for ensuring elections that will give Americans more confidence:

The full report can be read below:

Watch: It Gets Tense When Jen Psaki ‘Calls Out’ Reporter, But Gets Caught in Another Big Lie