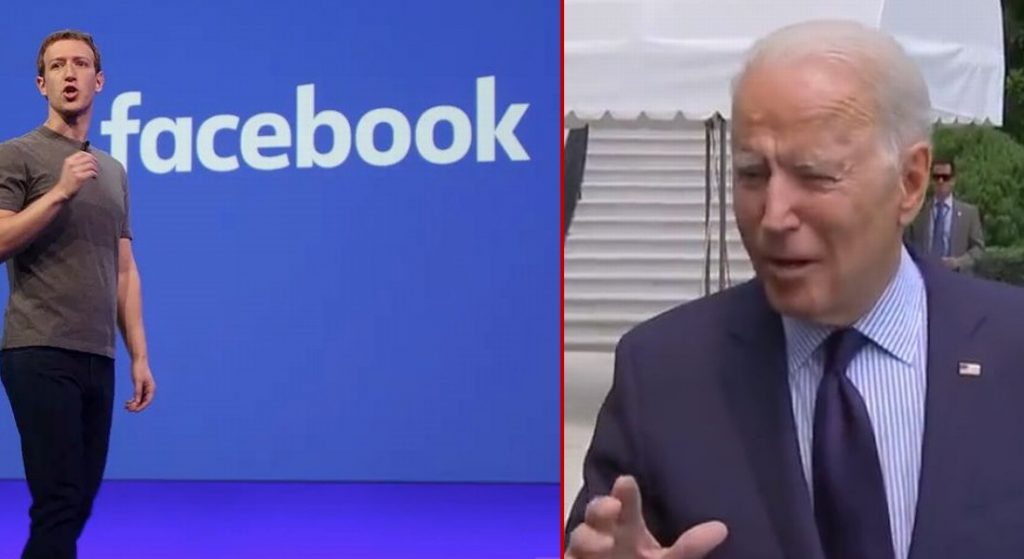 Facebook has released a statement after being accused by President Biden of ‘killing people’ because it isn’t censoring enough COVID ‘misinformation’ at the behest of the U.S. government.

The statement was released on Friday:

“We will not be distracted by accusations which aren’t supported by the facts,” a Facebook spokesperson told ABC News. “The fact is that more than 2 billion people have viewed authoritative information about COVID-19 and vaccines on Facebook, which is more than any other place on the Internet.”

“More than 3.3 million Americans have also used our vaccine finder tool to find out where and how to get a vaccine,” the statement added. “The facts show that Facebook is helping save lives. Period.”

It should be appreciated, first of all, that the U.S. government and Facebook have been working together to fight “misinformation” online, but clearly cannot even agree on the truth behind a single public statement by the president.

This is the irony that results when a private company teams up with the U.S. government to become the sole arbiters of “truth” in a public information space. Facebook practically called out Biden’s statement as ‘fake news.’

The dispute began on Friday when Biden lashed out at Facebook for not doing enough to censor COVID information.

“I mean they’re really… look,” he continued. “The only pandemic we have is among the unvaccinated. And they’re killing people.”

Jen Psaki had argued on Thursday that critics of COVID policies and vaccines should be censored on Facebook. On Thursday, Psaki disclosed that the White House is “in regular touch with social media platforms” to censor what they deem is ‘misinformation.’

“We are in regular touch with the social media platforms and those engagements typically happen through members of our senior staff and also members of our COVID-19 team — given, as Dr. Murthy conveyed, this is a big issue, of misinformation, specifically on the pandemic,” Psaki explained.

On Friday, she went a step further and said that critics should be censored on all social media platforms, which she even called “public platforms.”

“Also with the public, all of you, to create robust enforcement strategies that provide transparency about rules,” Psaki said. “You should not be banned from one platform and not others if you are providing misinformation out there.”

“Well, let me first say that the failure to provide accurate public health information, including the efficacy of vaccines, and the accessibility of them to people across the country… is literally killing people.”

One thing that can be said about authoritarian countries like China and Cuba is they have governments that are literally guilty of “killing people.” Those nations locked down the Internet and suppressed criticism. When a nation goes down the censorship path it generally winds up costing more lives than those of the ill-informed people who cannot tell truth from fiction.