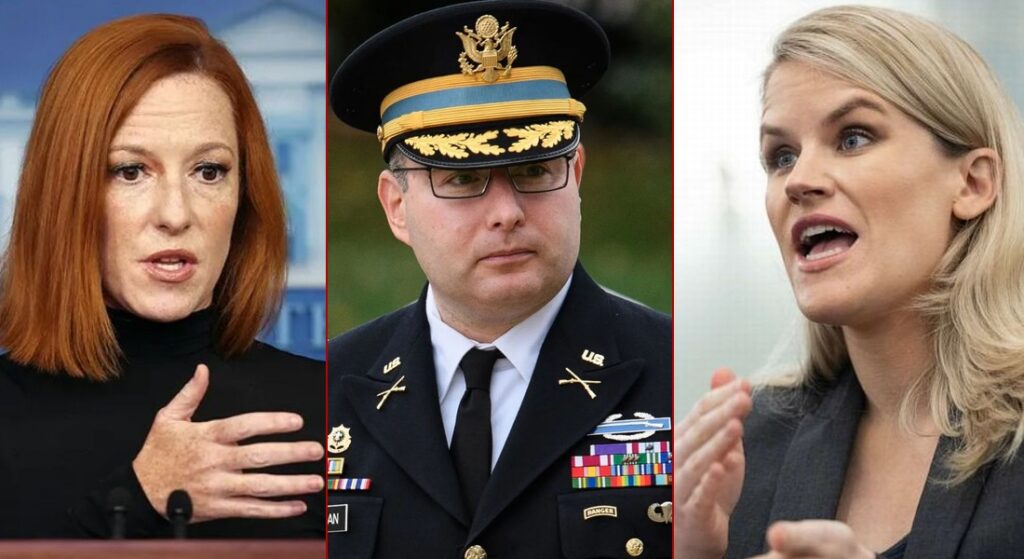 As earlier predicted by Becker News, the Facebook “whistleblower” Frances Haugen called for more censorship during her Senate testimony on Tuesday.

“I am here today because I believe that Facebook’s products harm children, stoke division, and weaken our democracy,” she said in opening remarks. “The company’s leadership knows how to make Facebook and Instagram safer but won’t make the necessary changes because they have put their astronomical profits before people. Congressional action is needed. They won’t solve this crisis without your help.”

“Yesterday, we saw Facebook get taken off the internet. I don’t know why it went down, but I know that for more than 5 hours Facebook wasn’t used to deepen divides, destabilize democracies, and make young girls and women feel bad about their bodies,” she lectured.

“We can have social media we enjoy, that connects us, without tearing apart our democracy, putting our children in danger and sowing ethnic violence across the world. We can do better,” she added.

Of course, Haugen called for action “now” and implored Congress to regulate political speech online, although this would be a flagrant violation of the First Amendment.

“Congress can change the rules Facebook plays by and stop the many harms it is now causing,” she claimed.

Haugen not only worked the 2020 election censoring Americans questioning the results, she also worked on “tracking Chinese participation” on Facebook, including the Chinese government’s police state tactics.

“My team directly worked on tracking Chinese participation on the platform, surveilling, say, Uyghur populations in places around the world. You could actually find the Chinese based on them doing these kinds of things,”

“We also saw active participation of, say, the Iran government doing espionage on other state actors,” she added.

“I have strong national security concerns about how Facebook operates today,” Haugen said.

She also has connections to White House Press Secretary Jen Psaki’s former PR firm Bryson Gillette, where Psaki worked as a senior adviser until September 2020. The Center for Humane Technology, a group pushing for Facebook to more tightly regulate political content, was one of Psaki’s clients, according to ethics filings obtained by The Daily Wire.

“Despite having money for political donations, in January 2020, Haugen had a $44,000 federal tax lien placed against her for unpaid taxes, according to public records reviewed by The Daily Wire. The lien was released on May 17, 2021.”

Her lawyers are now seeking to raise $50,000 on GoFundMe, money they say will go to covering legal expenses for the attorneys, who are otherwise working pro-bono.

Those lawyers are Whistleblower Aid, a group founded by Mark Zaid, who previously represented the national security official who alleged that Donald Trump inappropriately pressed the Ukraine president on a phone call to, in turn, investigate whether Joe Biden inappropriately pressed the country to drop an investigation into his son’s firm, Burisma.

“The Facebook whistleblower who revealed herself in a 60 Minutes interview is getting strategic communications guidance from a top Democratic operative, according to a source with direct knowledge of the relationship, which was confirmed by another half-dozen sources with indirect knowledge of the partnership,” the Washington Free Beacon reported.

“Frances Haugen, the former Facebook employee who has for the past 10 months fed internal documents to a top Wall Street Journal reporter, and who revealed her identity in a primetime broadcast on Sunday, is working with the political consultant and former Obama administration deputy press secretary Bill Burton and his consulting firm, Bryson Gillette,” the Free Beacon continued. “It is unclear when Haugen’s relationship with Burton and Bryson Gillette began, how big her communications team is, and whether it includes other political operatives.”

“But Burton is now deeply integrated with an emerging infrastructure on the left comprised of individuals and organizations, including the nonprofit Center for Humane Technology, seeking to press Facebook to more aggressively police political content,” the report added.

The Facebook “whistleblower’s” remarks come amidst a Democratic Party push to paint concerned parents who reject Critical Race Theory being taught in schools as ‘domestic terrorists’ and MAGA tourists at the January 6 riot as “insurrectionists,” even as the FBI has found no centrally coordinated plot to overturn the 2020 election results.