‘Fact Checkers’ Called It ‘Misinformation.’ But PayPal Sneaked $2,500 Fines on Users Back into Its Terms of Service.

‘Woke’ digital banking corporation PayPal effectively called it ‘misinformation’ when users got a hold of its user agreement that it would fine users $2,500 per violation directly from their accounts with no due process.

Numerous ‘fact checkers’ posted misleading  ‘fact checks’ about PayPal, adding to the irony, based only on a statement by the corporation denying the fines, and saying the revised terms of service were posted in error. 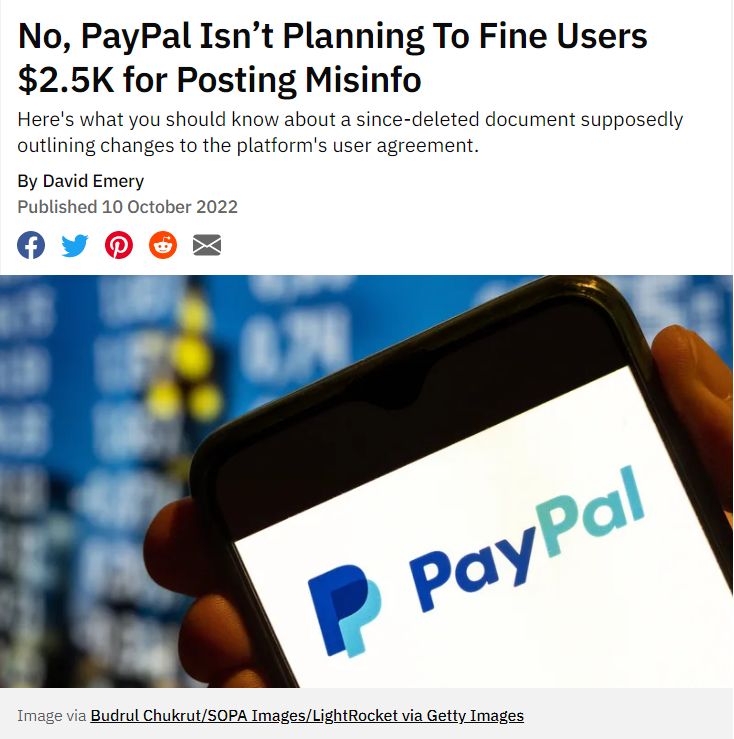 “No, PayPal Isn’t Planning To Fine Users $2.5K for Posting Misinfo,” Snopes chided. “Here’s what you should know about a since-deleted document supposedly outlining changes to the platform’s user agreement.”

“However, users concerned about the purported change can relax; no such provision about misinformation is actually being added to the service’s User Agreement, according to a PayPal spokesperson,” Snopes said. “In an email to Snopes, the spokesperson said the document didn’t accurately reflect upcoming changes to the platform’s policies.”

Reuters also got in on the fact checking action while noting that numerous users were deleting their accounts.

“Social media users are saying they will be deleting their PayPal account after the company said on Monday that they issued an update saying that customers could be fined $2,500 in damages for sharing misinformation ‘in error’,” Reuters wrote.

“Some continued to share the claim after PayPal’s clarification (here), (here),” Reuters continued.

“On October 10, Reuters reported a spokesperson for the company saying, ‘Paypal is not fining people for misinformation and this language was never intended to be inserted in our policy. We’re sorry for the confusion this has caused’.”

So, all of these fact checkers are misleading their readers by leaving up these ‘fact checks,’ given that the user agreement as of October 27 clearly states that PayPal will fine users for ‘misinformation.’ (No word yet on if PayPal plans to fine Snopes or Reuters.) 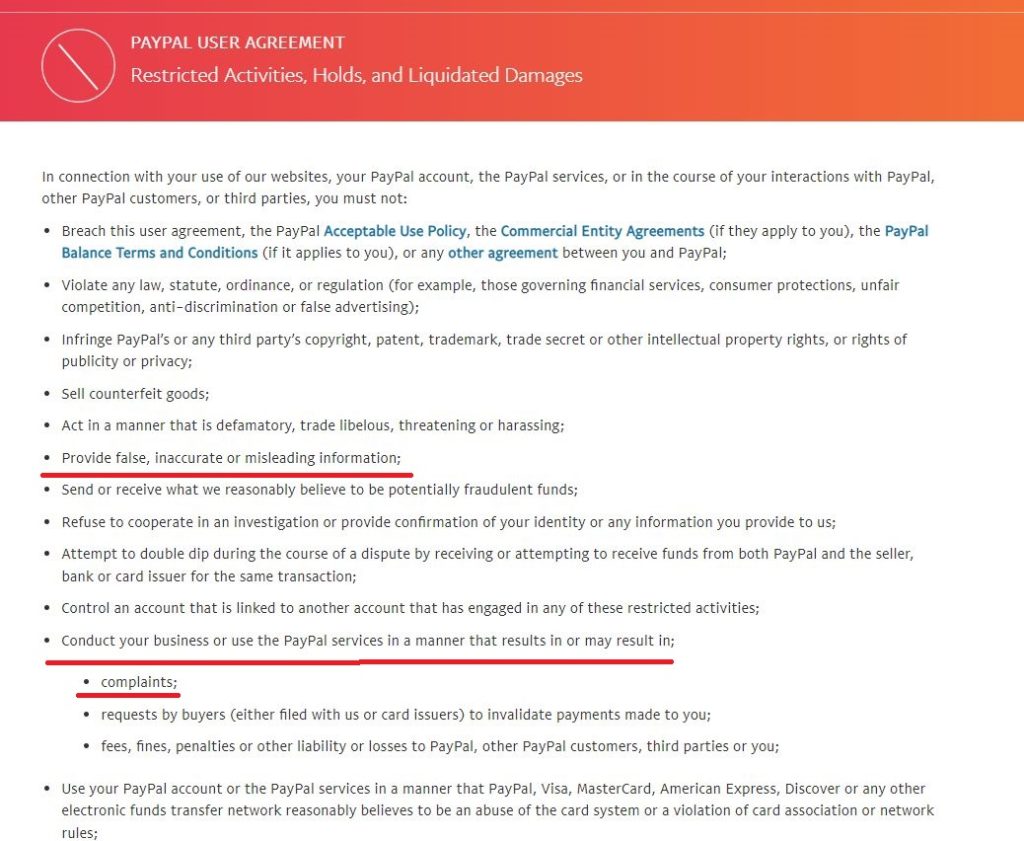 Here are terms from the user agreement that are among those that are a definite cause for concern. PayPal states that “[i]n connection with your use of our websites, your PayPal account, the PayPal services, or in the course of your interactions with PayPal, other PayPal customers, or third parties, you must not”:

The $2,500 fine is also listed in its “Acceptable Use Policy”: “You are independently responsible for complying with all applicable laws in all of your actions related to your use of PayPal’s services, regardless of the purpose of the use. In addition, you must adhere to the terms of this Acceptable Use Policy. Violation of this Acceptable Use Policy constitutes a violation of the PayPal User Agreement and may subject you to damages, including liquidated damages of $2,500.00 U.S. dollars per violation, which may be debited directly from your PayPal account(s) as outlined in the User Agreement.”

It will be interesting to see if PayPal again disputes the terms that are posted on its own website and claims that they are “misleading.” Once again, it is a hallmark of being “Woke” corporation to exempt oneself from the complaints and accusations that one makes against others.