Dr. Anthony Fauci is reaping the whirlwind of 15 months of public deceit and obfuscation that recently came to light in the wake of publicly released emails stemming from the heart of the pandemic. Despite the media’s hush-jobs, puff pieces, and ignoring the brewing scandal altogether — there were zero questions about it at Wednesday’s White House presser — the truth is slowly coming out. As it always does, eventually.

The heightened public scrutiny of Dr. Fauci, who became the face of the U.S. COVID-19 response and the nation’s highest-paid bureaucrat, is starting to cause a slow-walk of exposure. Some say that Fauci’s retirement may be imminent. The National Institutes of Health director may want to ride off into the sunset, collect his millions from book deals and investments, and revel in the afterglow of public glory.

There may be a change of plans. As reported by Just the News on Wednesday, it appears that both Amazon and Barnes & Noble have scrubbed the listings for an upcoming release called “Expect the Unexpected.” It’s a fitting title for a book that was set to be released in November, following what was presumed to be a relatively uneventful fawning media tour at the sunset of his career.

The listing for “Expect the Unexpected” has now unexpectedly vanished from Amazon. Below is a screenshot of what users can now find: 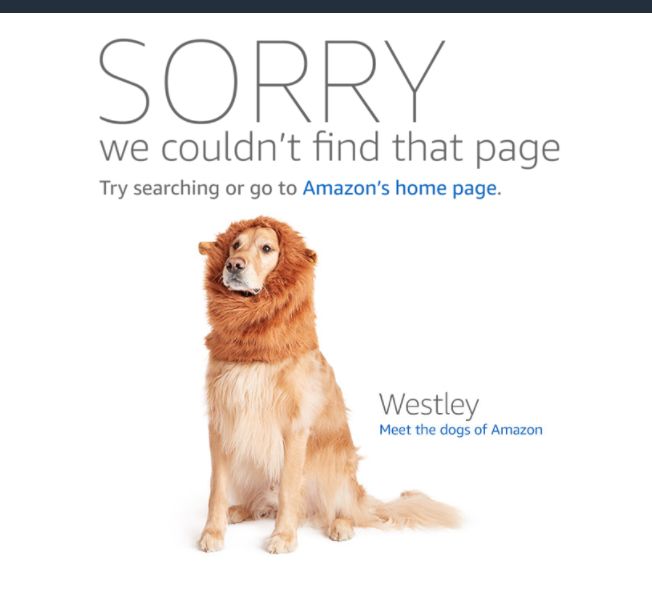 At Barnes & Noble, one can find an archive of the book’s pre-launch listing: 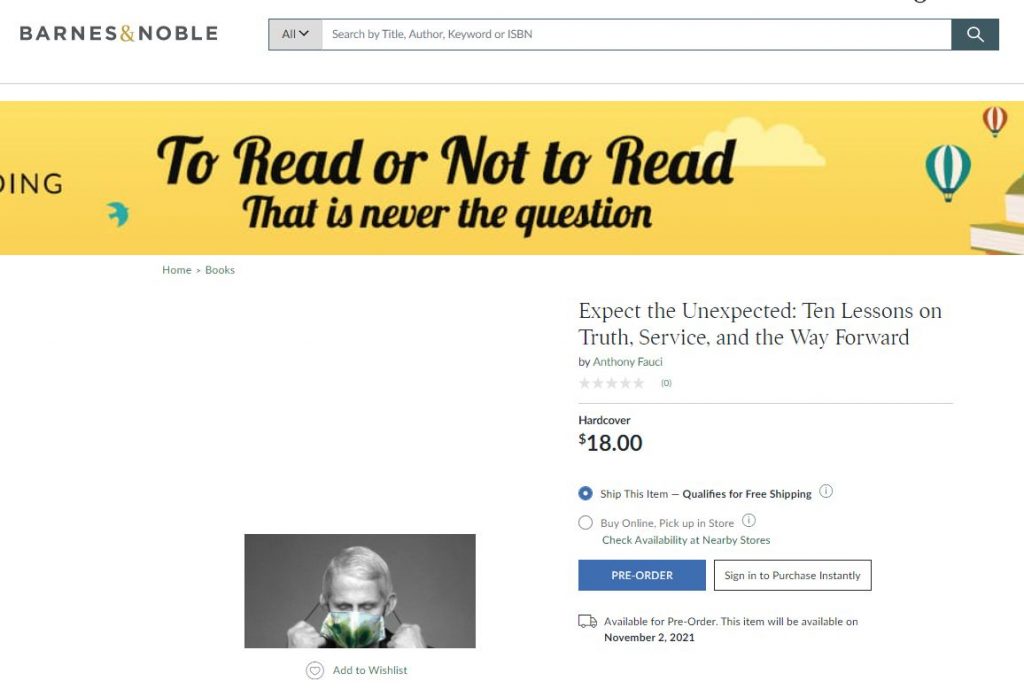 The quiet de-listing of the Fauci book comes after withering criticism that the doctor appeared to be cashing in on a book that was written while he should have been devoted full-time towards fighting the pandemic and assisting the vaccine roll-out.

Greg Price of the Daily Caller pointed out the apparent ethical conflict:

Dr. Fauci is publishing a book and became the highest paid federal government employee while you lost your business and had your kids out of school for a year

“Dr. Fauci is publishing a book and became the highest paid federal government employee while you lost your business and had your kids out of school for a year,” he noted.

As noted by Just the News, former White House Chief of Staff Mark Meadows told “Just the News AM” on Wednesday that Fauci likely “got paid more than Andrew Cuomo” for the book.

The public outrage over the revelations contained in the emails, such as Fauci admitting masks are not effective, is just beginning to foment. The last thing one might have expected from the attention-seeking Dr. Fauci is for him to lay low. But if there is anything we Americans have learned from the pandemic, it is to ‘expect the unexpected.’