The Federal Bureau of Investigation will have to go back to the drawing board. After a January 6 commemorative rally to free ‘political prisoners’ was advertised in unusual fashion for September 18, it appears that pretty much only members of the press and FBI informants showed up.

“Attendance at the Justice for January 6 rally is almost all press, very few actual rally attendees,” a reporter from The Dispatch noted.

Still seems like more press than protesters. Less than one demonstrator per member of Congress as the scheduled event begins. pic.twitter.com/6HQjeXKeVA

“Still seems like more press than protesters,” an NBC reporter noted. “Less than one demonstrator per member of Congress as the scheduled event begins.”

The ‘Justice for January 6’ event didn’t really fool anybody.

What if you threw an entrapment party and nobody came? https://t.co/tXdAMICNwG

The media and the FBI want this rally more than anyone else. https://t.co/j1yRpBWchi

Former President Donald Trump earlier released a statement in solidarity with those being detained without speedy trial in connection with the January 6 riot.

“Our hearts and minds are with the people being persecuted so unfairly relating to the January 6th protest concerning the Rigged Presidential Election,” Trump said.

“In addition to everything else, it has proven conclusively that we are a two-tiered system of justice. In the end, however, JUSTICE WILL PREVAIL!” he added.

“The statement was issued ahead of Saturday’s rally to protest the treatment of Capitol rioters,” Axios notes. “The ‘Justice for J6 rally’ is organized by a nonprofit group led by former Trump campaign staffer Matt Braynard,” Axios added. “Trump has not indicated whether he will attend or participate.”

However, this is false. Donald Trump has told supporters to stay far away from the rally.

“Trump… characterized the planned Sept. 18 rally at the U.S. Capitol as a ‘setup’ meant to denigrate Republican voters regardless of what transpires,” the Federalist reported in an exclusive.

Conservative pundit Mike Cernovich brought up the outstanding point that most of Americans’ view of January 6 and those of the political class and media elites are completely at odds.

When you think of J6, you picture the Q Anon shaman or even the outside scene – a minor riot.

When the regime thinks of J6, they see that picture (99% of you never saw) of the most powerful people in the world crawling around in terror of maga mee-maws.

“When you think of J6, you picture the Q Anon shaman or even the outside scene – a minor riot,” he said. “When the regime thinks of J6, they see that picture (99% of you never saw) of the most powerful people in the world crawling around in terror of maga mee-maws. Wizard of Oz moment.”

There were photos of politicians on January 6 wearing gas masks and filing out of the chambers. 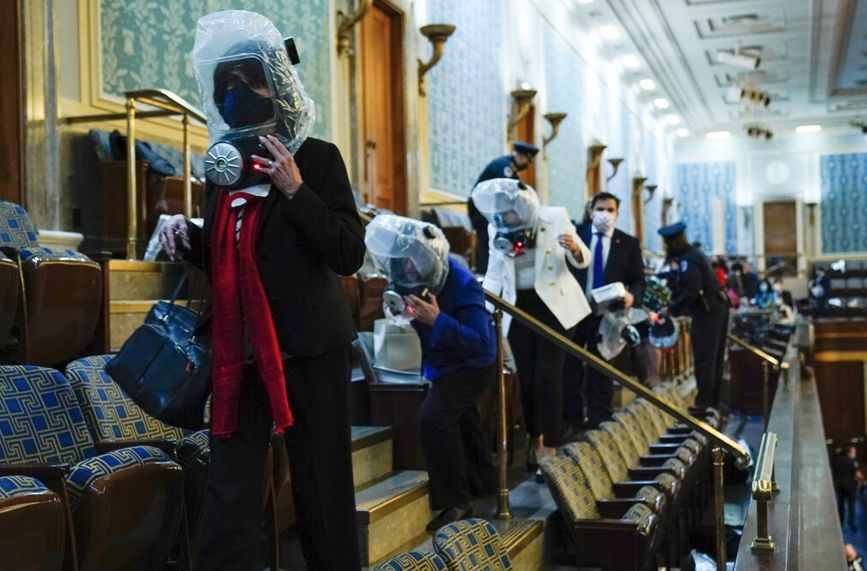 One of the politicians, Rep. David Trone (D-MD) posted one of these photos onto Twitter. 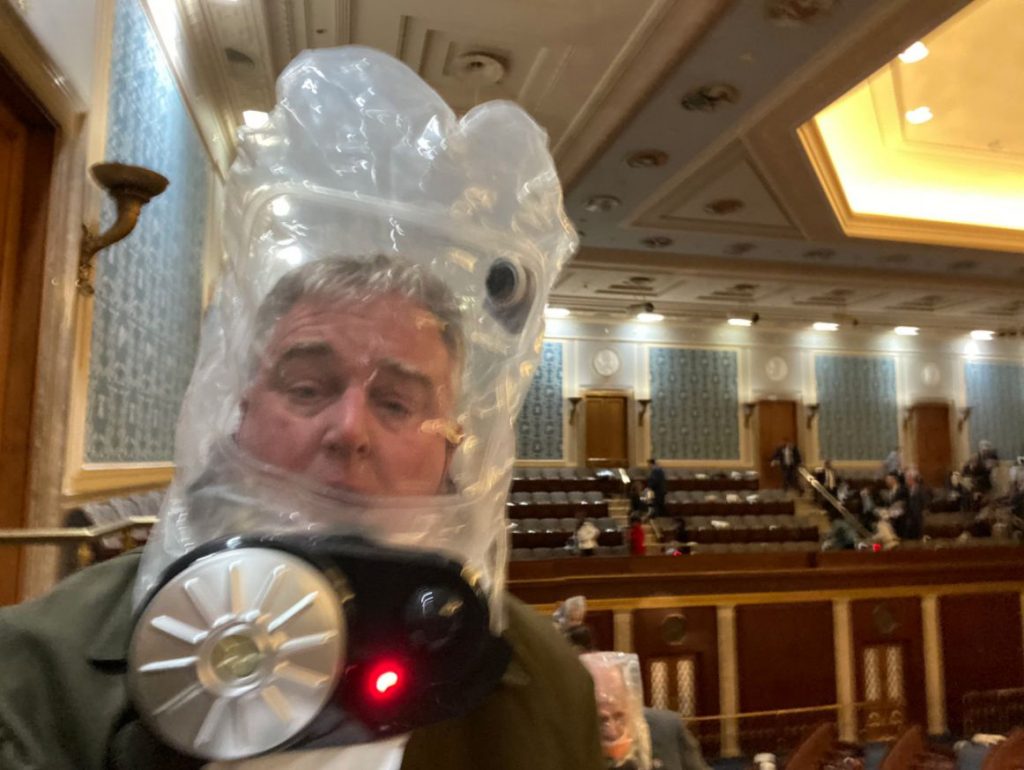 “I am safe. We have been evacuated. Let me be clear: we will not be stopped by this lawless intimidation,” he wrote.

There were other photos that surfaced of D.C. politicians cowering in fear. 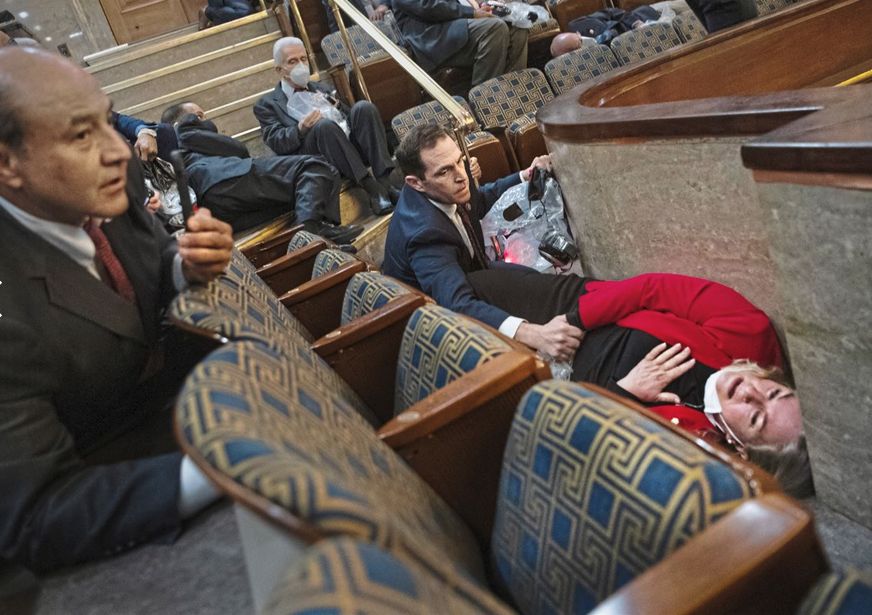 It looks like the word got out and people stayed far away from the obvious FBI entrapment event. The news comes as Washington D.C. installs fencing and surveillance equipment that are more appropriate to an authoritarian regime under martial law than a free country.

Motion-tracking watchtower installed outside the US Capitol along with new fencing pic.twitter.com/rPBp3SfN3z

The ‘Justice of January 6’ event serves the convenient purpose of reminding Americans about a riot that has been distorted into a ‘coup’ or ‘insurrection’ by a dishonest would-be ruling class. The FBI has indicated that there was no centralized plot executed on January 6 to overthrow the 2020 election. None of the rioters have been charged with murder or with “insurrection.’

There are still defendants who have been held for over seven months without trial over the riot. The D.C. elites are obviously milking the January 6 event for political reasons; it serves as a rationale to treat the People’s House as their personal fortress and to justify infringing on Americans’ personal liberty.