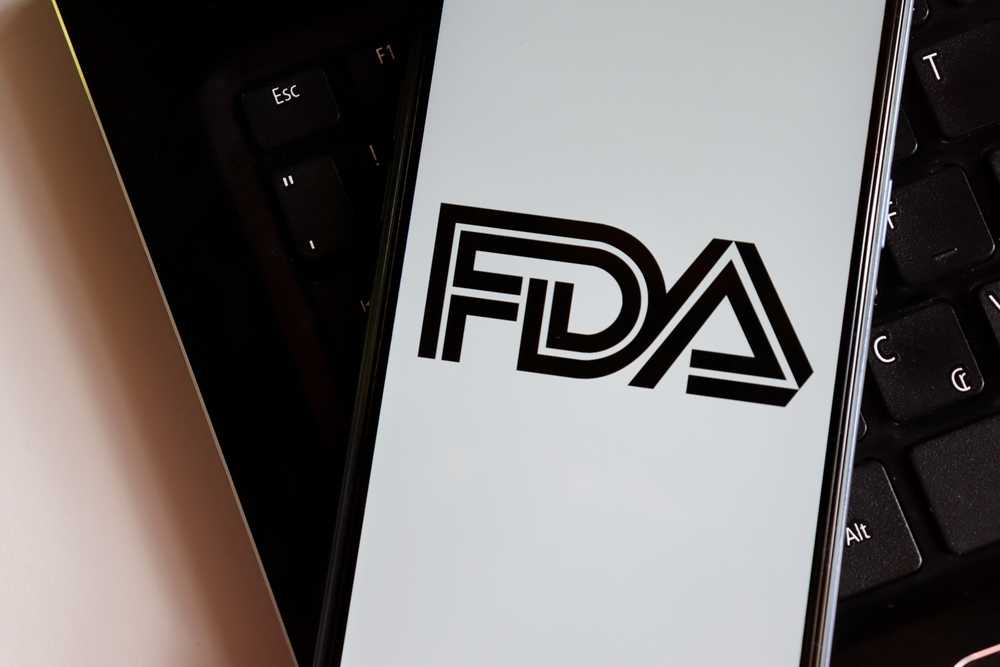 “The FDA has classified the recall of this test as a Class I recall, the most serious type of recall,” the government agency said. “The FDA also has issued a warning letter to Innova Medical Group, Inc.”

Innova describes itself as “the world’s largest manufacturer of rapid antigen tests and leader in COVID-19 testing solutions globally.” The FDA states the reasons for the COVID test recall:

“Innova Medical Group is recalling its SARS-CoV-2 Antigen Rapid Qualitative Test. Labeling distributed with certain configurations of the test includes performance claims that did not accurately reflect the performance estimates observed during the clinical studies of the tests. The performance characteristics of the test have not been adequately established, presenting a risk of false results.”

The CDC in June issued an alert for testing laboratories to stop using the Innova SARS-CoV-2 Antigen Rapid Qualitative Test.

“Innova Medical Group is recalling its SARS-CoV-2 Antigen Rapid Qualitative Test. Labeling distributed with certain configurations of the test includes performance claims that did not accurately reflect the performance estimates observed during the clinical studies of the tests,” the CDC stated. “The performance characteristics of the test have not been adequately established, presenting a risk of false results.”

A number of COVID testing experts reacted to the recall of the Innova rapid tests.

“The Food and Drug Administration issued its STOP notice on Innova’s lateral flow antigen tests in USA on 10th June, by coincidence one day after a Royal Statistical Society (RSS) Working Group had issued its report on diagnostic tests which made 22 recommendations – 10 on study-design, six for regulators and six on transparency,” Professor Sheila Bird of the University of Cambridge remarked.

“The FDA explain that they have withdrawn the Innova test for four main reasons: (a) distribution of the test in the US without approval; (b) erroneous claims on product leaflets; (c) concerns about the reliability of the evidence; and (d) failure to implement appropriate quality assurance processes to ensure that only inspected and approved devices are distributed,” Professor Jon Deeks of the University of Birmingham remarked. “The FDA state that the decision is informed by inspection visits to the distribution sites in the US.  Innova have responded stating that they have already or are fixing the issues which concerned the FDA and will reapply for approval.”

It is not the only concerning news on the COVID testing front. Last week, the CDC urged laboratories to switch over to a “multiplexed method” that “can facilitate detection and differentiation of SARS-CoV-2 and influenza viruses.”

“Visit the FDA website for a list of authorized COVID-19 diagnostic methods,” the CDC stated. “For a summary of the performance of FDA-authorized molecular methods with an FDA reference panel, visit this page.”

“In preparation for this change, CDC recommends clinical laboratories and testing sites that have been using the CDC 2019-nCoV RT-PCR assay select and begin their transition to another FDA-authorized COVID-19 test,” the agency continued. “CDC encourages laboratories to consider adoption of a multiplexed method that can facilitate detection and differentiation of SARS-CoV-2 and influenza viruses. Such assays can facilitate continued testing for both influenza and SARS-CoV-2 and can save both time and resources as we head into influenza season. Laboratories and testing sites should validate and verify their selected assay within their facility before beginning clinical testing.”

The CDC guidance raises questions about the current laboratory testing regime’s ability to quickly and accurately differentiate between COVID-19 and the seasonal flu. In April, Scientific American commented on reports there was “just no flu circulating.” It attempted to explain the anomaly in terms of lower ‘positivity rates.’ 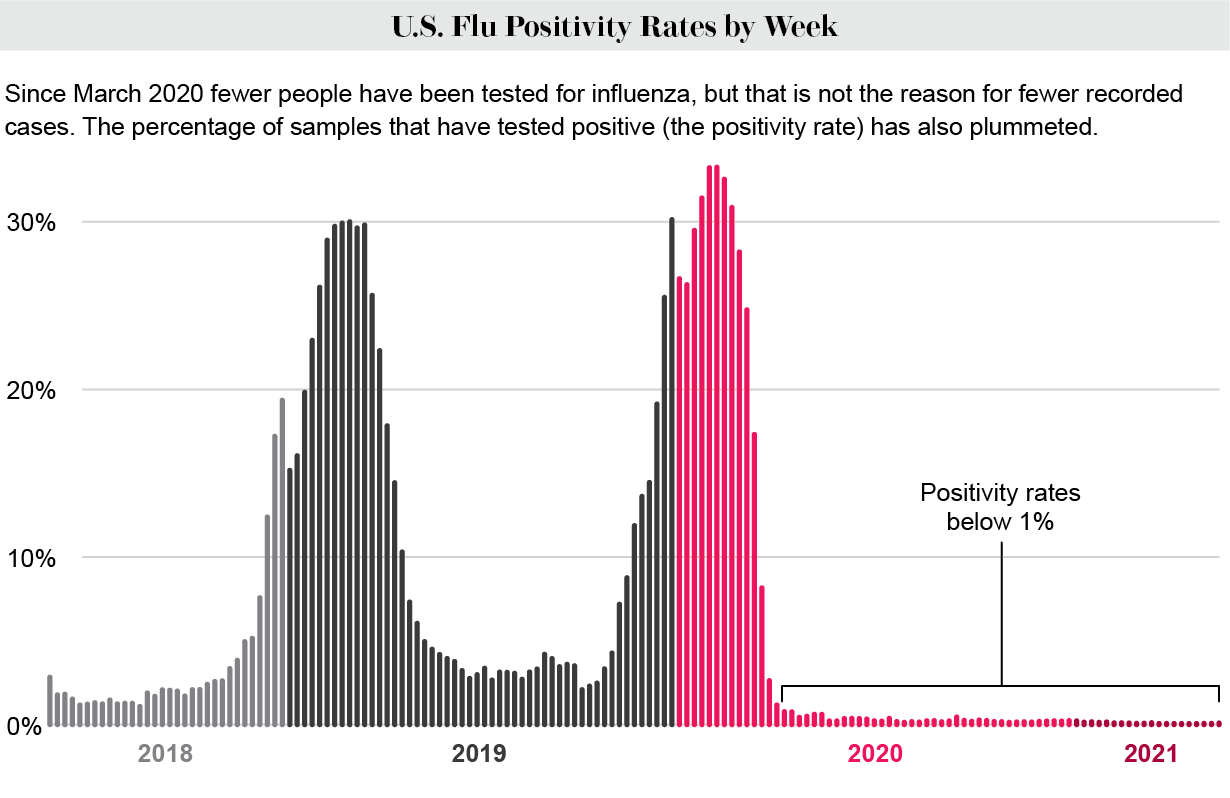 “The U.S. saw about 700 deaths from influenza during the 2020–2021 season,” Scientific American said. “In comparison, the Centers for Disease Control and Prevention estimates there were approximately 22,000 U.S. deaths in the prior season and 34,000 deaths two seasons ago.”

But perhaps most disturbingly, the CDC has a history of getting it wrong on COVID testing. In November 2020, NPR reported that a CDC internal review knew early on in the pandemic that COVID tests had high failure rates, but they were released anyway.

“On Feb. 6, a scientist in a small infectious disease lab on the Centers for Disease Control and Prevention campus in Atlanta was putting a coronavirus test kit through its final paces,” NPR reported. “The lab designed and built the diagnostic test in record time, and the little vials that contained necessary reagents to identify the virus were boxed up and ready to go. But NPR has learned the results of that final quality control test suggested something troubling — it said the kit could fail 33% of the time.”

Remarkably, the early COVID test was modeled on influenza tests.

“Lindstrom, who led the respiratory disease lab, had invented diagnostic tests in the past,” NPR reported. “Before he went to the infectious diseases lab, he was running a different CDC lab, one that focused on influenza.”

“When he was there, he had helped create the diagnostic tests that were used to identify H1N1 in patients, and there were no issues with the test,” the report continued. “The FDA quickly approved the kits and sent them to labs across the country. Within days, the same kits were dispatched around the world.”

“The effort was considered a triumph for the CDC, and Lindstrom was viewed internally as the guy who made it happen,” the report added.

“The influenza lab, however, had an infrastructure and systematic way of responding to flu outbreaks, and because of that Lindstrom and his team just had to do the science, one official said. The infrastructure was already there to help. COVID-19 was different,” NPR went on. “When Lindstrom first built the test at the infectious disease lab, for instance, he didn’t have any human sample of the virus, so it had to be manufactured.”

“What’s more, officials say, Lindstrom built the coronavirus test the same way he would have built one for influenza,” the report notes. “It was, after all, what he knew best. The problem was, the coronavirus had more in common with SARS or MERS — respiratory diseases that hit the Middle East and Asia in 2002 and 2012 — than something like H1N1.”

“The CDC declined to make Lindstrom or anyone else available for an interview and declined to discuss the unreleased internal review,” NPR added.