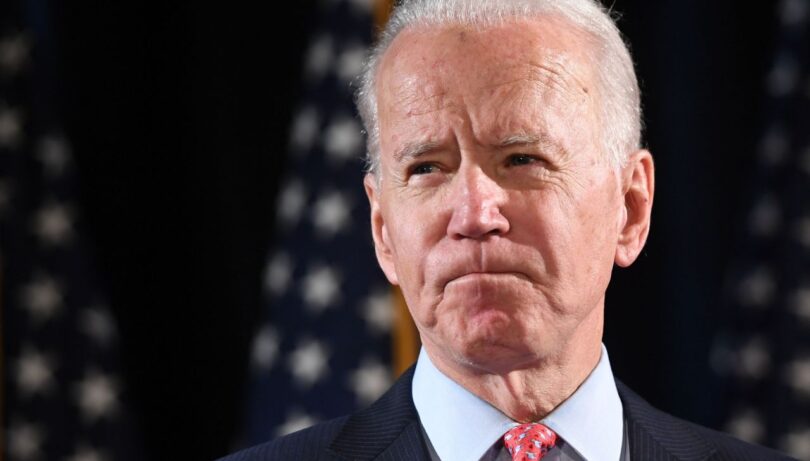 Florida’s Governor Ron DeSantis is suing the Biden administration over its federal vaccine mandate. The governor announced the lawsuit on Thursday:

Florida is suing the Biden Administration over its mandate on federal contractors that is unlawfully jeopardizing thousands of jobs.

No one should lose their job due to these mandates.

“Florida is suing the Biden Administration over its mandate on federal contractors that is unlawfully jeopardizing thousands of jobs,” DeSantis said.

“No one should lose their job due to these mandates,” he added.

“The lawsuit, announced by DeSantis at a news conference, alleges the president doesn’t have the authority to issue the rule and that it violates procurement law,” NPR reported.

“DeSantis has vowed legal action over federal vaccination requirements and fought masking and vaccine rules implemented by local governments in Florida,” the report continued. “He recently announced he would call state lawmakers to the Capitol next month to pass legislation to combat vaccine mandates enacted by private businesses. DeSantis is eyeing a possible 2024 presidential run and has been consistent in his criticism of Biden’s handling of the pandemic and other issues.”

“The case was filed in U.S. District Court in Tampa and names Biden, NASA Administrator Bill Nelson as well as White House contracting officials as defendants,” the report added.

The Republican governor, who is widely considered to be a contender for the 2024 GOP presidential nomination should he announce, has been on the forefront of opposing Biden’s COVID mandates.

“We can either have a free society, or we can have a biomedical security state,” DeSantis said at press conference in August. “Florida, we’re a free state.”

“Joe Biden has taken it to himself to try to single out Florida over COVID,” DeSantis continued. “This is a guy who ran for President saying he was going to quote shut down the virus. And what has he done? He’s imported more virus from around the world by having a wide-open southern border. You have hundreds of thousands of people pouring across every month,” he continued.

“His solution is he wants to have the government force kindergartners to wear masks in school,” DeSantis added. “He doesn’t believe the parents should have a say in that. He thinks that should be a decision for the government. Well, I can tell you in Florida, the parents are going to be the ones in charge of that decision,” DeSantis said, as the audience applauded.

“And one of the major medical people in his administration just recently told parents that they should be wearing masks at home when they’re around their own children. This is insane. Joe Biden also believes that vaccination should be mandated by force of government and that you should have to show vaccination status to be able to participate in society now,” DeSantis said. He said plainly that Biden “rejects science.”