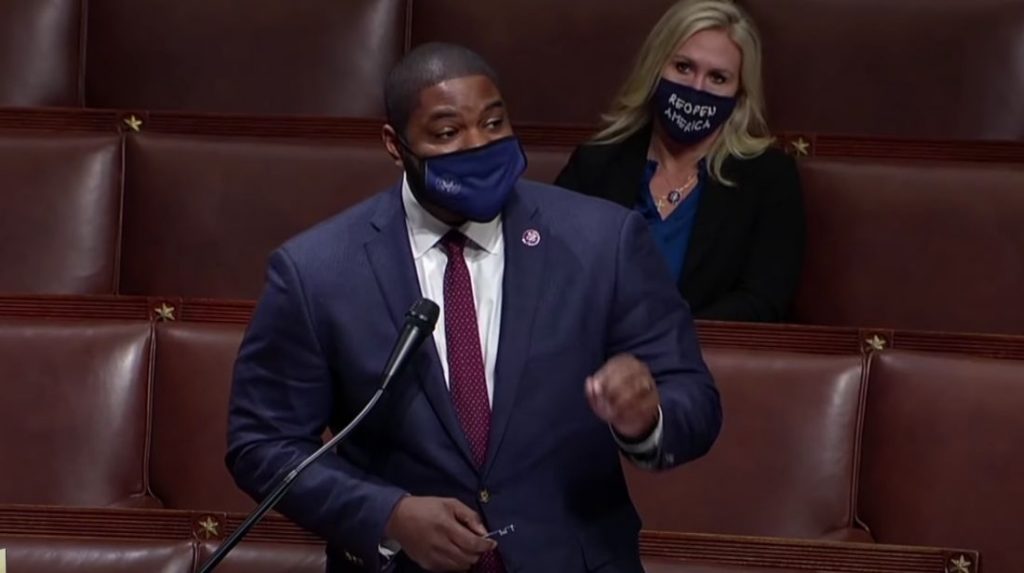 Freshman Representative Byron Donalds, a Republican from Florida, took to the floor of the House to deliver a powerful speech arguing that the Democrats’ pandemic policies have been harming America.

“We’ve seen a general framework from the Biden administration,” Donalds began, referring to the Biden relief package, “calling for $1.9 trillion. But that completely flies in the fact that there is a trillion dollars that this very body and the last Congress appropriated last year that is still unspent.”

“That money has not gone out the door,” he added. “Yet, we are talking about solutions to help our country through COVID-19.” The Freshman Congressman was just warming up.

“Now, my career, before politics, was actually in finance and economics,” he remarked. “I spent 17 years in that field.”

“And if you are going to talk about stimulating an economy, the first thing you want to do is actually study the current state of your economy.”

“Why is that happening?” he asked. “Because their governors and their mayors have refused to re-open their economies. If you want to stimulate something, actually let the American people get back to work. Let them run their businesses. And you’d be surprised what would actually happen in our economy”

Donalds goes on to criticize the $15 minimum wage, which is unlikely to make the final cut in the aid package, as Biden is conceding in his first sit-down interview to be aired in full on Sunday. The Congressman also points out Florida’s schools are open, because they have leadership, and “don’t need more money.”

“If you want to help state and local governments take care of their revenue problems,” he added, “they should open up. They should not come back to this capitol and get money.”

“Because why should Florida pay for New York?” Donalds asked.

“Except for the fact that the only thing that New York has done is help the real estate markets in Florida, because New Yorkers are fleeing New York to come to the great state of Florida.”

A great first floor speech for the Congressman. I recommend watching the video in full and spreading the word that common sense does still exist in the U.S. Congress.