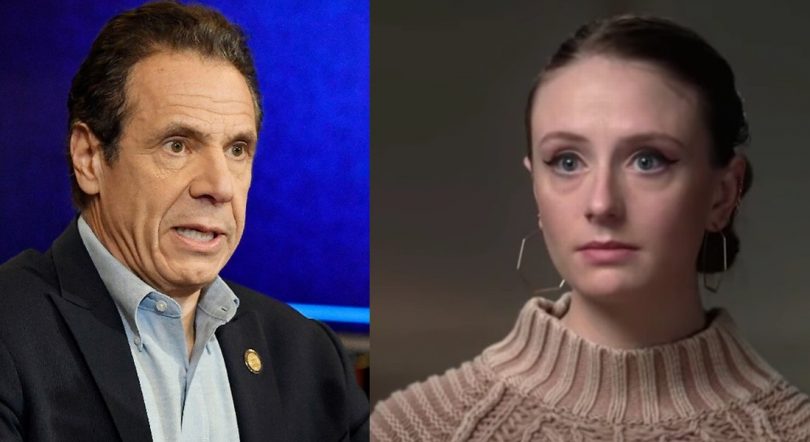 Former Cuomo aide Charlotte Bennett sat down for an interview with Norah O’Donnell of CBS News for an exclusive airing of Bennett’s sexual harassment accusations against the New York governor.

“What were you thinking as he is asking you these questions?” O’Donnell asked, referring to New York governor Andrew Cuomo.

“What made you think he was trying to sleep with you?” O’Donnell followed up.

“Without explicitly saying it,” she answered, “He, he implied to me that I was old enough for him and he was lonely.”

In another part of the interview, O’Donnell asks her to be explicit about what Cuomo allegedly wanted.

“Governor Cuomo said that he had never propositioned anybody. Do you believe that he was propositioning you?” O’Donnell asked.

At one point, the CBS anchor asked if the media’s fawning on Cuomo made him feel above the law.

“So you think all this national attention may have emboldened him?” O’Donnell asked.

“Absolutely. I think he felt like he was untouchable in a lot of ways,” Bennett replied.

She is clearly blaming the media here for feeding the ego of a powerful Democratic governor. Then, the accusations got truly sickening.

“He asked if I had trouble enjoying being with someone because of my trauma,” Bennett said, referring to a revelation she had made to Cuomo that she was a sexual assault survivor.

“The governor asked me if I was sensitive to intimacy,” Bennett said.

“In his office?” O’Donnell asked.

According to Cuomo’s own statement, Bennett is a “survivor” of sexual assault.

The New York Post provided the statement: “Ms. Bennett was a hardworking and valued member of our team during COVID. She has every right to speak out.”

“When she came to me and opened up about being a sexual assault survivor and how it shaped her and her ongoing efforts to create an organization that empowered her voice to help other survivors, I tried to be supportive and helpful,” the statement continued. “Ms. Bennett’s initial impression was right: I was trying to be a mentor to her. I never made advances toward Ms. Bennett nor did I ever intend to act in any way that was inappropriate. The last thing I would ever have wanted was to make her feel any of the things that are being reported.”

Ms. Bennett highlighted the story of another Cuomo sexual harassment accuser on the prior Wednesday.

For those wondering what it’s like to work for the Cuomo admin, read @LindseyBoylan’s story. https://t.co/PfWhTJgHuU

Lindsey Boylan, a former Cuomo aide, had revealed her story about alleged sexual harassment, including a reported invitation to play “strip poker.”

Fox News reported in an exclusive that “Tara Reade, the author and former Senate staffer who came forward during the 2020 campaign with a sexual assault allegation against Joe Biden, is speaking out in support of Lindsey Boylan after she went public with sexual harassment allegations against New York Gov. Andrew Cuomo.”

Reade told Fox News that Boylan was “very supportive” when Reade accused Biden of sexual assault and the “two had been in touch ever since.”

A third accuser has also claimed that Andrew Cuomo got grabby with her. The New York Post related the accusation that the governor put the moves on her at a 2019 wedding.

“Anna Ruch, 33, told The New York Times that the 63-year-old governor made unwanted advances toward her and planted an unsolicited kiss on her cheek at the reception in Manhattan,” the report states.

“He said, ‘Can I kiss you?’” Ruch said. “I was so confused and shocked and embarrassed.”

“I promptly removed his hand with my hand, which I would have thought was a clear enough indicator that I was not wanting him to touch me,” she continued.

Ruch describes Cuomo as “aggressive” and when he laid his paws on her cheeks and asked for a kiss, it was loud enough for a friend of hers to hear it.

I turned my head away and didn’t have words in that moment,” Ruch added.

Statements like Ruch’s and Bennett’s go to show that the mainstream media’s refusal to hold powerful Democratic leaders like Andrew Cuomo accountable is only encouraging their sexual aggression and deviancy. Such Democrats feel they are above the law, and no woman in their view is believed to be “untouchable.”