George Soros has staked himself out as one of the world’s foremost “philanthropists.” But despite the multi-billionaire’s insistence that the world’s citizens pay their “fair share” of their government’s often wasteful spending, the left-wing titan himself has dodged paying taxes at least three years in a row.

This is one of the many revelations on the world’s richest people as recently disclosed in a tax document dump to the activist journalist group ProPublica.

“George Soros paid no federal income tax three years in a row,” ProPublica said in an overview of its findings.

“Soros, an investor, paid no federal income taxes between 2016 and 2018,” CNBC noted, “which was a result of him losing money on his investments, his spokesman told ProPublica.”

The “radical” billionaire has nonetheless been at the forefront of pushing socialist policies around the world. Soros has retained control of his vast sums of wealth by creating an elaborate network of “charities” and “foundations” that allow him to wield outsized influence over nation’s policies.

In 2017, Soros transferred most of his wealth to the Open Society Foundations, which were founded to influence government policies.

“The billionaire philanthropist transferred $18 billion to Open Society Foundations, a sprawling international group of charities that works in more than 100 countries on projects focused on refugee relief, public health and many other topics,” CNBC reported.

“The $18 billion figure amounts to almost 80 percent of the financier’s total net worth. Before the transfer, Soros had a net worth of $23 billion, according to a Forbes tally Tuesday. The site ranks him as the 29th wealthiest person in the world,” the report added.

“The donation catapulted Open Society Foundations to the front ranks of American charities based on total assets, the Journal reported, citing 2014 data,” the report continued. “The only American charity larger than Open Society, the Bill and Melinda Gates Foundation, is also funded by a famous billionaire.”

Bill Gates’ tax returns were also obtained by ProPublica. The journalistic organization states that one of the purposes behind publishing the tax return information is that the Biden administration is pushing for tax hikes and closing loopholes for the uber-wealthy.

ProPublica has sought to tease out the disparity between wealth accumulation and reported taxable income with a measure it calls the “true tax rate.” 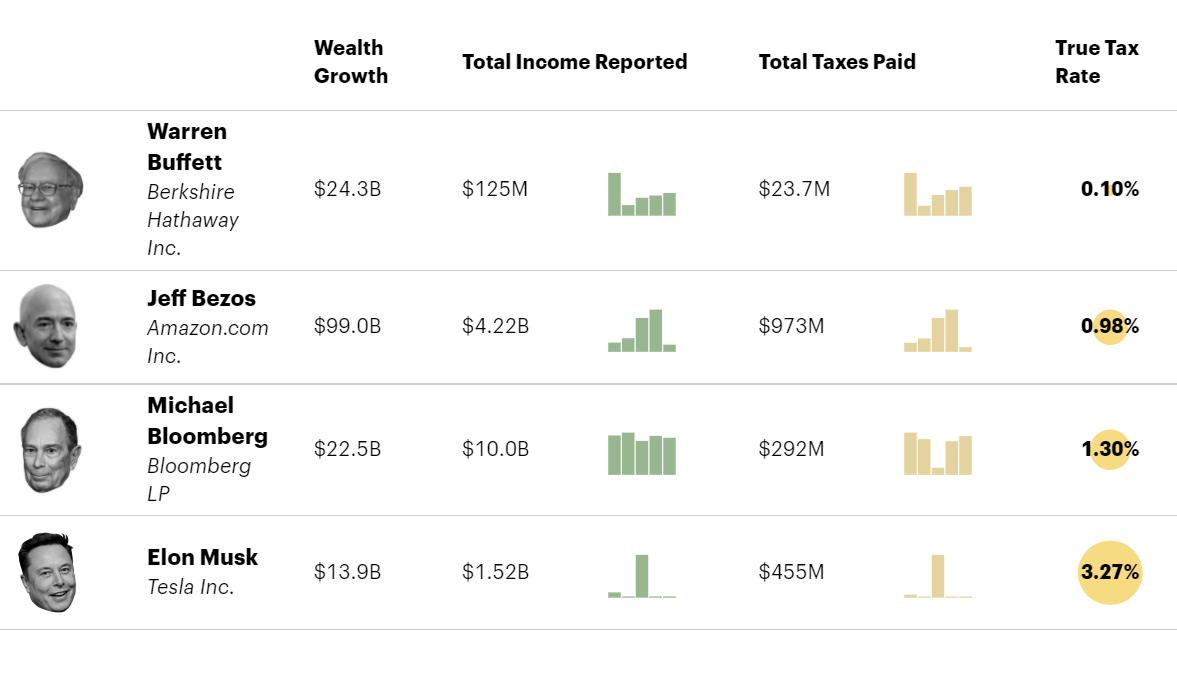 Regardless of the validity of the metric, the report indirectly shines a light onto how the world’s wealthiest leverage their fortunes to influence “democracies” instead of paying income taxes that fund the government policies they nominally support.

One of Soros-funded OSF’s operations is influencing how elections are conducted in “democracies.” Under the misleading banner that it supports “election integrity,” it actually supports the reverse — undermining election integrity.

“In the United States, Open Society supports state groups that seek to make it easier to vote, such as the Black Voters Matter Fund, which works to promote voter participation among African Americans and lower-income communities,” the OSF website states. “Other grantees have challenged efforts to remove voters’ names from the register without due cause…

More broadly, we support nonpartisan efforts that encourage participation in the electoral process.”

Another philanthropist whose tax data was leaked to ProPublica was Mark Zuckerberg. The Facebook co-founder’s activities during the 2020 election are highly suspect: Influencing local elections by paying for ballot “drop boxes,” referred to by critics as “Zuckerberg boxes,” in predominately blue districts is just one of the questionable ways the billionaire leverages his fortune to favor the Democratic Party.

“A report released by the Amistad Project, a non-partisan election watchdog organization, indicated that absentee ballot boxes highly favoured the Biden campaign due to their locations,” the Post Millennial noted in December 2020.

The Amistad report shows how the $500 million that Zuckerberg gave to specific organizations gave a major boost to Biden’s 2020 election campaign.

Bill Gates, Mark Zuckerberg, and George Soros are considered to be among the world’s foremost philanthropic champions of “democracy.” But what if “democracy” is merely a means to the ends of oligarchs? What if it is a way for billionaires to pretend to care about the voice of “the People,”while ensuring their Constitutional rights are undermined through the ballot box and corruption of public institutions?

True accountability may mean reforming the tax code to ensure that billionaire oligarchs cannot use their fortunes to influence our public institutions while claiming massive tax write-offs. Alternatively, it may mean shielding methods of public accountability, such as elections, from undue influence by “charity” organizations and other private institutions.